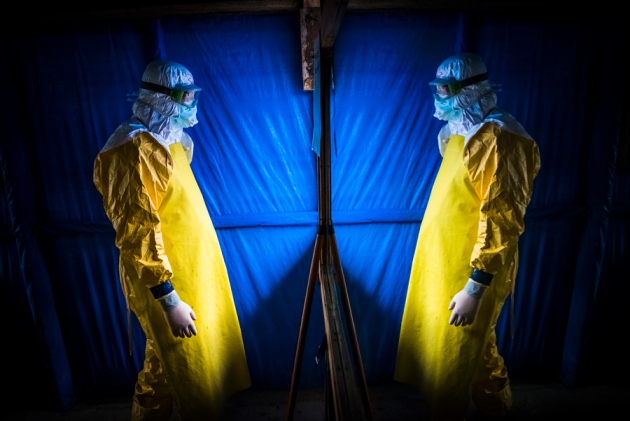 The reality of the Ebola outbreak is not reflected by model projections of high case numbers.

The Ebola outbreak in West Africa has infected at least 13,567 people and killed 4,951, according to figures released on 31 October by the World Health Organization (WHO). Now, in a rare encouraging sign, the number of new cases in Liberia seems to be flattening after months of exponential growth. Scientists say it is too soon to declare that the disease is in retreat: case data are often unreliable, and Ebola can be quick to resurge. But it is clear that mathematical models have failed to accurately project the outbreak’s course.

Researchers are now struggling to understand whether reports of empty beds at treatment centres and declining burial numbers are signs that fewer people are developing Ebola, or whether cases and deaths are going unrecorded. In Liberia’s capital, Monrovia, just 80 of 250 beds were filled at the Médecins Sans Frontières (MSF) centre last week. But Fasil Tezera, who heads MSF’s Liberia mission, is cautious: “The present epidemic is unpredictable,” he says.

Epidemiologists normally use mathematical models to estimate the trajectory of an outbreak, and to estimate where and how to direct scarce medical resources. But for the current crisis, on-the-ground data contradict the projections of published models, says Neil Ferguson, an epidemiologist at Imperial College London, and a member of the WHO’s multidisciplinary Ebola Response Team.

On 7 October, for example, modeller Alessandro Vespignani of Northeastern University in Boston, Massachusetts, and his collaborators predicted that Liberia would see 6,900–34,400 cases by 24 October, and 9,400–47,000 by 31 October. But the WHO put the number of reported cases in the country at just 6,535 as of 25 October.

Vespignani says that his model was a worst-case scenario, in which exponential growth of cases continued and containment measures were ineffective. But he and other modellers are also handicapped by incomplete and unreliable data on Ebola epidemiology, especially in the hardest-hit areas. And they have little empirical data on how disease-control measures quantitatively affect Ebola transmission, says ecologist Nick Golding, who studies the spatial distribution of disease at the University of Oxford, UK. Models “are fitted to pretty poor-quality data on case counts, and essentially no data on interventions”, he says, making it difficult to generate accurate projections.

Two more-complex models published last month attempted to tease out the effects of various control measures. But their outcomes also do not square with the most recent Liberia data (J. A. Lewnard et al. Lancet Infect. Dis. http://doi.org/wn9; 2014, and A. Pandeyet al. Science http://doi.org/wts; 2014). That does not surprise Alison Galvani, an epidemiologist at Yale University in New Haven, Connecticut, and an author of both studies. “Epidemics are moving targets,” she says, adding that her model projections are at best a preliminary outline for public-health intervention. Because the model projections can be easily misunderstood, Ferguson says that modellers “really need to think carefully about what we really know about Ebola transmission and the impact of different interventions, and do our best to communicate the many uncertainties”.

In the meantime, Bruce Aylward, a WHO assistant director-general who is coordinating the agency’s Ebola efforts, is “terrified” that any plateau in new cases will be misinterpreted as meaning that the problem is going away. There is still a need to greatly increase the resources available to treat infected people and prevent new cases, Aylward says.

But if the slowing rate of infection in Liberia is confirmed, it could suggest that even moderate levels of public-health intervention can pay off, says Golding. For the current Ebola outbreak, the average number of new cases spawned by an infected individual — 1.2–2.2 — is much lower than that of many other communicable diseases, such as measles (which can spread to between 12 and 18 people per case). As Ebola prevention measures push down this figure, the disease becomes easier to control; when it dips below 1, virus spread stops completely.

Until the West African outbreak is extinguished, there is a real risk that the disease will resurge in areas where it has been stamped out — or even cover new ground. A stark reminder of this came in the past two weeks: a two-year-old girl with Ebola travelled hundreds of kilometres from Guinea to Mali on a bus — raising concerns that the many people she came into contact with could spark outbreaks in Mali.