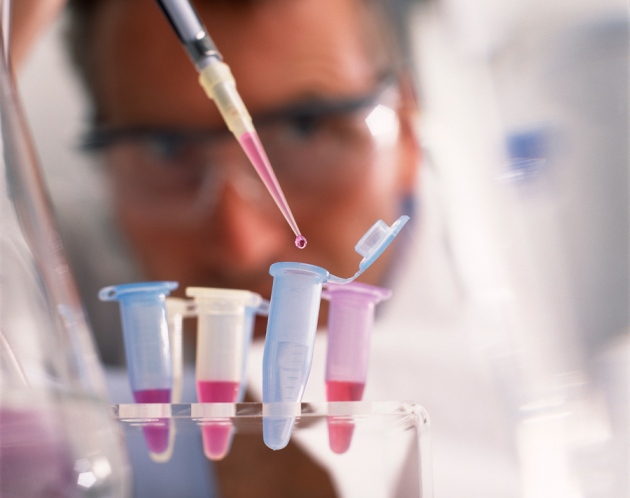 DNA contamination is ubiquitous in laboratory equipment commonly used to analyse the microbes that inhabit the human body. This contamination could seriously undermine cutting-edge work to understand the ‘microbiome’.

The body's microorganisms have long been known to play crucial roles both in sickness and in health, and the increasing ease of genetic sequencing has revolutionized their study. But newcomers to the field may be mistaking experimental contamination for breakthroughs, warns Alan Walker, a microbiologist at the University of Aberdeen, UK.

“If you look back in the literature, there’s been stuff about contamination in reagents going back decades.” But, he adds, “as microbiota research has boomed, there have been a lot of people drawn into the field who aren’t aware of this literature”.

In one of the first systematic investigations of the problem, Walker and his colleagues have shown that two commonly used sequencing techniques (known as 16S rRNA and whole-genome shotgun metagenomics) can lead to genuine results being “effectively swamped” by contamination.

The team used the two techniques — and off-the-shelf DNA-extraction kits — to sequence a pure culture of the bacterium Salmonella bongori as well as a series of diluted versions. To ensure that the results would not be affected by conditions at one particular lab, they conducted the experiments at three different institutions. In all cases, contamination increased with each dilution, and quickly drowned out the original Salmonella signal. The researchers published their results in BMC Biology on 12 November1.

The team traced at least part of the contamination to the DNA-extraction kits used in the experiments. The kits are not sold as sterile, Walker points out, and part of the problem is researchers assuming that they are.

He told Nature that people working with samples that contain a large number of microbes — such as faecal samples — will probably not have problems, because the original signal is strong enough to overcome the contamination. But microbiome researchers are increasingly working with samples with low microbial biomass, including material from spinal fluid, blood and the lungs.

Researchers in Walker’s lab routinely run controls alongside their samples, to detect contamination. Walker says that they have detected strains of microbes in their controls that other studies have reported as actual findings.

“We haven’t challenged anyone directly,” he says. “We hope the message will stand for itself. We’re trying to nip it in the bud now before it becomes more of an issue.”

The paper adds to concerns in the scientific community that sequencing technology has developed so fast that in some cases it has outpaced scientists’ ability to use it. In a paper2 published last month in PLOS ONE, biologist Richard Lusk of the University of Michigan in Ann Arbor analysed data from four independent sequencing experiments, looking for potential contamination. He found DNA from a wide variety of species, with dilute samples more likely to suffer problems.

“Both my paper and this paper came to essentially the same conclusion,” says Lusk — namely, that it is necessary to run blank controls alongside a sample. “However, if that sample is really dilute, and the species you think might be a contaminant is infrequent, that's always going to be really hard,” he says.

He adds that it is especially useful that Walker and his colleagues were able to trace so much variation to DNA-extraction kits, and that this should help researchers to design better experiments in future.

Stratec Molecular, a biomedical company in Birkenfeld, Germany, that manufactures one of the kits in question, said in a statement that its product was designed for use with stool samples, not with diluted bacterial cultures as in Walker's study.

The company added, “The PSP Spin Stool DNA Plus Kit is neither marketed as sterile nor as DNA-free. Therefore, a certain degree of contaminating material cannot be excluded. Any contamination may indeed be detected through off-label-use application as in the present study.”

Another manufacturer, Qiagen of Hilden, Germany, also stressed that its kit was “not designed to be DNA-free or to be used in low-biomass applications”. It added, “We welcome this research and believe that it will help to drive awareness of the importance of additional experimental controls in deep sequencing and low-biomass applications.”

Stratec recommends the use of controls to deal with potential contamination. The company says that it has looked into producing DNA-free kits, and concluded that although it is technically feasible, they would probably be too expensive to produce.

In the meantime, the warning from experts in the field is caveat experimenter.

“This is a problem that has been known in the field for quite some time,” Peer Bork, head of bioinformatics at the European Molecular Biology Laboratory in Heidelberg, Germany, told Nature. “It’s only a part of a much bigger problem as it is not only the kits, but also sampling, DNA extraction in general, library preparation, sequencing, processing et cetera.”