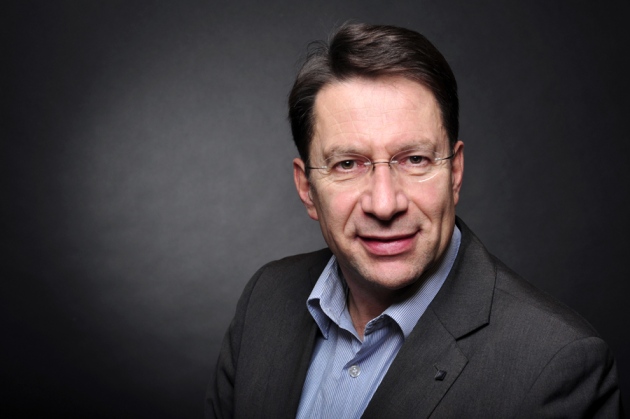 Matthias Niedrig is a virologist at the Robert Koch Institute in Berlin.

Infectious-disease scientists are protesting the removal of the coordinator of a European effort to respond to disease outbreaks. Matthias Niedrig, a virologist, has led the European Network for Imported Viral Diseases (ENIVD) since it was created in 1995. But in late August, the head of the Robert Koch Institute (RKI) in Berlin, which hosts the network, informed Niedrig that he would be reassigned to work on health issues related to climate change.

Supporters call the move “incomprehensible” because it comes at a time when Europe is on watch for the arrival of people infected with Ebola from West Africa. They note that the ENIVD has already advised European member states on the diagnosis and handling of suspected Ebola cases during the current crisis. But RKI president Reinhard Burger says that concerns about Niedrig's move are unfounded, and that it was the result of careful consideration.

The ENIVD links around 100 public-health officials, virologists, microbiologists and other infectious-disease experts across Europe. It works to boost outbreak preparedness and response by arranging the exchange of data, viruses, reagents and testing methods, and it develops and validates tests for emerging and rare diseases. When suspected cases arise, the network — which is on standby around the clock — helps countries to rapidly diagnose these patients.

Niedrig's work at the RKI also includes studies of immune responses to vaccines and the development of new diagnostic methods for rare diseases, such as Ebola. His research group also runs Germany's national reference laboratory for tick-borne encephalitis.

But that is set to change within a matter of days. Niedrig says that Burger told him in a 25 August letter that he would be moved to a new job working on climate change; on 29 October, Niedrig was told that this would take effect on 15 November. He says that his laboratory staff are to be reassigned to another group, but he does not know who will take over his lab or lead the ENIVD. “All my laboratory goals are at risk,” Niedrig adds.

Susanne Glasmacher, an RKI spokeswoman, says that the institute does not discuss internal personnel matters. She was also unable to supply the name of Niedrig's replacement before the publication of this article.

Discontent over Niedrig’s ouster has prompted six scientists on the ENIVD steering committee to voice their objections in a letter to Burger. “ENIVD is in full action due to the Ebola outbreak, and we simply cannot afford a lack of continuity,” they wrote. Removing Niedrig from his post will reduce the network’s effectiveness at a time when it needs to operate smoothly to assist European countries with any imported Ebola cases, the scientists added.

A further 59 scientists from the ENIVD and collaborators from 45 laboratories in 33 countries have also sent letters to Burger voicing their support for Niedrig. They include Amadou Alpha Sall, who is the scientific director of the Pasteur Institute in Dakar, Senegal, and director of the World Health Organization's Collaborating Center for arboviruses and viral haemorrhagic fever, also in Dakar. Sall, who has long collaborated with the ENIVD, says that Niedrig's job change at the RKI is a major blow to Sall's group and to African diagnostic lab networks.

The move is also likely to end his group's joint effort with Niedrig to finalize a point-of-care diagnostic test for Ebola, which they are currently evaluating in the field in Guinea. "Niedrig and his group are so critical in this project that his transfer to another position would mean ending this project,” Sall says.

Burger argues that the move will "not negatively impact Ebola preparedness”. Although he declined to give the name of Niedrig's replacement, Burger says that the person is a virologist with extensive experience in developing and standardizing Ebola diagnostics in Germany and in West Africa with the European Mobile Laboratory Project.

In any case, Burger adds, other Robert Koch Institute staff involved with the ENIVD will remain on this work.

Niedrig's supporters say that they still hold out hope that the decision to move him to his new position will be reversed.