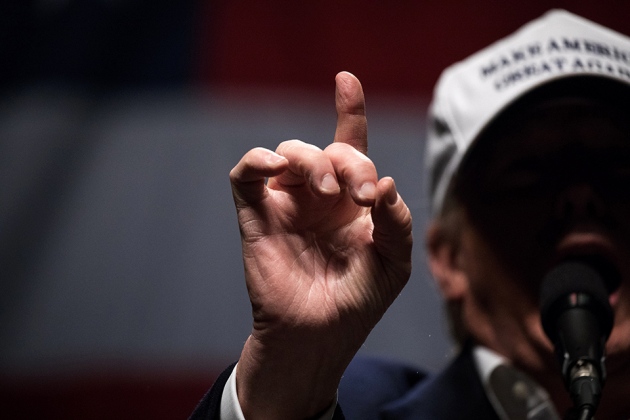 Fears that Donald Trump will interfere with research have inspired some scientists to embrace activism.

Kelly Ramirez was distraught as she watched the US presidential election results come in on 9 November. The soil microbial ecologist at the Netherlands Institute of Ecology in Wageningen started texting friends — all women scientists — back in the United States. They were appalled at the eventual winner, Republican Donald Trump, for what they saw as his cavalier attitude towards facts and discriminatory actions against groups such as Muslims, Latinos and women.

Although few of the scientists had any experience with political activism, they felt an urge to respond to Trump’s victory. “By Thursday I said, ‘enough crying about it: let’s do something,’” Ramirez says.

The result was a pledge signed by more than 11,000 women scientists in which they commit “to build a more inclusive society and scientific enterprise”. It is just one manifestation of the scientific community’s unusually active response to the incoming president. Around the world, individual researchers and representatives of scientific societies are signing letters of protest or advice, offering to counsel Trump’s transition team and ramping up efforts to communicate the value of science to the public.

“It is an encouraging sign that there is a ‘Trump effect’ on scientists’ willingness to stand up for science,” says Geoffrey Supran, a climate scientist at Harvard University and the Massachusetts Institute of Technology, both in Cambridge. Supran, who has a history of climate activism, helped to organize a letter to Trump on climate policy that was signed by more than 800 Earth scientists.

Other recent open letters to Trump include a 30 November missive signed by 2,300 scientists — including 22 Nobel prizewinners — urging “a strong and open culture of science” in the executive branch of government; it was organized by the Union of Concerned Scientists (UCS), an advocacy group in Cambridge, Massachusetts. And the leaders of 29 scientific societies signed a 23 November letter encouraging Trump to choose a “nationally respected” science adviser without delay.

Although scientific societies sent a similar message to Barack Obama just after his election in 2008, there was increased interest in this year’s letter, says organizer Rush Holt, chief executive of the American Association for the Advancement of Science. “This election represented such a large change and threw such uncertainty onto the place of science in American government that we really had to reach out right away to the president-elect,” he says.

Some scientists are taking their protests to the streets. At the American Geophysical Union meeting in San Francisco on 13 December, researchers participated in a “stand up for science” rally held near the convention centre. About 30 scientists donned lab coats and held up signs such as “Ice has no agenda — it just melts” on the steps behind a red-brick Catholic church.

The hundred-plus people in the crowd of onlookers appeared to contain few, if any, dissenters. They held signs such as “We heart science” and, on cue, burst into chants of “Stand up for science”.

Kim Cobb, a palaeoclimatologist at the Georgia Institute of Technology in Atlanta, told the crowd that she learned of Trump's win while on a research expedition in the tropical Pacific. The implications didn’t sink in until she returned to the laboratory where she studies links between climate change and coral die-offs. “The nightmare continues and keeps getting worse every day,” she said.

Cobb told Nature that she is worried about the long-term safety of US government climate datasets and other federal research infrastructure. Trump’s transition team recently asked the Department of Energy for lists of government employees who worked on climate-change policy (a request the department has refused). Cobb fears that the Trump administration will interfere with the work of researchers inside and outside the government.

“Now is the time to say something,” she said. "How many thousands of our peers are still in the poster halls?"

A sense of urgency

Andrew Rosenberg, director of the Center for Science and Democracy at the Union of Concerned Scientists, says that researchers seem more eager to voice opinions on Trump than they did for previous presidents. Scientists were much slower to add their names to an open letter to George W. Bush that the UCS organized in 2004, says Rosenberg — which he sees as a reflection of uneasiness about Trump, but also a sign that younger scientists are more comfortable taking public positions on policy.

Other researchers disagree with the friendly tone of many of the Trump letters, given the president-elect’s policy positions — which include questioning the science underlying climate change and proposing to build a wall along the US border with Mexico. Such objections led the American Physical Society to withdraw a 9 November press release that congratulatedTrump on his election and urged him to help the United States “reclaim its scientific leadership, which it has lost during the past decade”. The statement continued: “APS believes that such policies will help the Trump administration achieve its goal captured by its slogan, ‘Make America Great Again.’”

But Jamie Vernon, director of science communications and publications for Sigma Xi, a scientific honour society in Research Triangle Park, North Carolina, thinks that researchers should offer to help Trump for the sake of society. Refusing to work with the new administration, he says, “creates a void where others who don't agree with the scientific consensus will fill those positions”.

Jacquelyn Gill, a palaeoecologist at the University of Maine in Orono, understands the theory behind this approach, even if it makes her uncomfortable. “It is fine if you want to sign respectful letters, but that better not be all you do,” she says.

For those who are looking to step up their activism, Representative Bill Foster has a suggestion: run for office. Foster, an Illinois Democrat who is the only PhD-holding scientist in Congress, says that entering politics might seem daunting to a person who has spent her career in the lab — but he is willing to help. “Any scientists who are interested should contact my office,” says Foster, a physicist. “It is something I plunged into without any training and ending up doing all right. Ultimately, that is the way the feedback loop of our democracy operates.”