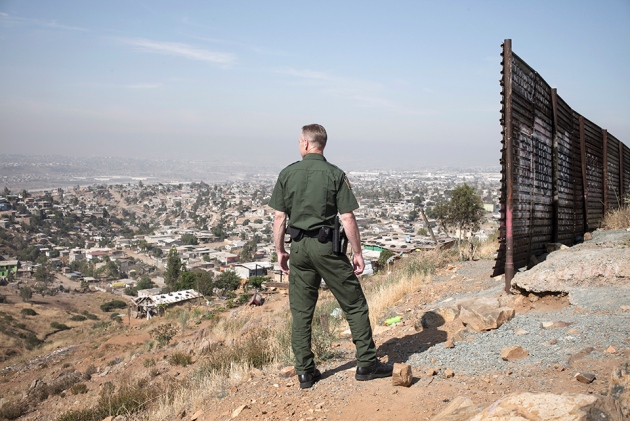 George W. Bush had barriers erected along nearly 1,100 kilometres of frontier during his presidency.

With Republican presidential candidate Donald Trump talking about walling off the United States from Mexico, ecologists fear for the future of the delicate and surprisingly diverse ecosystems that span Mexico’s border with the southwestern United States.

“The southwestern US and northwestern Mexico share their weather, rivers and wildlife,” says Sergio Avila-Villegas, a conservation scientist from the Arizona-Sonora Desert Museum in Tucson. “The infrastructure on the border cuts through all that and divides a shared landscape in two.”

Trump’s policies tend to be short on detail, but he has talked about sealing off the entire 3,200-kilometre border with a wall that would be 10–20 metres high. “We will build a wall,” Trump says in a video on his campaign website. “It will be a great wall. It will do what it is supposed to do: keep illegal immigrants out.”

Constructing a wall “would be a huge loss”, says Clinton Epps, a wildlife biologist at Oregon State University in Corvallis. “We know how important the natural movement of wildlife is for the persistence of many species.”

Far from being a barren wasteland, the US–Mexico borderlands have some of the highest diversity of mammals, birds and plants in the continental United States and northern Mexico — including many threatened species.

A wall could divide species that make a home in both nations. Bighorn sheep, for example, live in small groups and rely on cross-border connections to survive, says Epps. Other species, such as jaguars, ocelots and bears, are concentrated in Mexico but have smaller, genetically linked US populations.

“Black bears were extirpated in West Texas, and it was a big deal when they re-established in the 1990s,” Epps says. Breaking their links with Mexican bears could put the animals at risk again. And birds that rarely fly, such as roadrunners, or those that swoop low to the ground, such as pygmy owls, could also have trouble surmounting the wall.

Such a physical barrier would worsen the habitat disruption caused by noise, bright lights and traffic near the border. And a wall would cut across rivers and streams that cross the border, severing a vital link. “When water crosses the border, it unites ecosystems,” says Avila-Villegas. “If we block the water, it affects nature on a much more fundamental level.”

Trump is not the first US politician to hit upon the idea of sealing the southern border. In 2006, President George W. Bush authorized the construction of a 1,126-kilometre border wall, of which nearly 1,100 kilometres were completed. The existing barriers are a mixture of 6-metre-high steel walls, ‘bollard fences’ made of steel pipes set upright in the ground about 5 centimetres apart, and lower vehicle barriers that Avila-Villegas says resemble the tank traps set on the beaches of Normandy during the Second World War.

Few studies have explored these barriers’ effects on animal populations, and there are not even any reliable baseline data on conditions before the barriers were built. Avila-Villegas has seen photos taken by border patrols of mountain lions running alongside the barriers or trying to climb over them, so he knows that the walls are causing the animals stress. But he has no real way of measuring it. A 2014 study found that the fencing in Arizona seemed to harm native wildlife, but had little impact on human movement (J. W. McCallum et al. PLoS ONE 9, e93679; 2014).

In 2009, Epps published a paper setting out some of the potential threats to animal populations posed by Bush’s wall, but he lacked the money to follow up with field studies (A. D. Flesch et al. Conserv. Biol. 24, 171–181; 2009). Now he is not sure such research would be possible, even with sufficient funds. “The border is not a friendly place any more,” Epps says. “I would be hesitant to send a grad student there.”

Avila-Villegas has first-hand experience of the difficulties that researchers face there. Ten years ago, he tried to collect some baseline data before Bush’s barriers were built, but gave up for his own safety. “It’s easy to ask why the research hasn’t been done, but that ignores the fact that the border is a war zone,” he says. “I had to stop my field work because of law enforcement and the ­Minutemen” — groups of armed private citizens who have taken it upon themselves to ‘defend’ the border against illegal crossings.

And it has not got any easier. “Every time I — a Hispanic male with dark skin and long hair — am in the field, I get patrols, helicopters and ATVs [all-terrain vehicles] coming to check on what I’m doing,” Avila-Villegas says. He spends much of his time trying to promote conservation issues that affect Mexico and the United States by forging links between researchers and ­policymakers in both countries. But his dedication to an open border has also prompted him to take a more personal stand. After a dozen years in the United States, Avila-Villegas has finally applied for citizenship — so that, come November, he can vote against Trump and his wall.