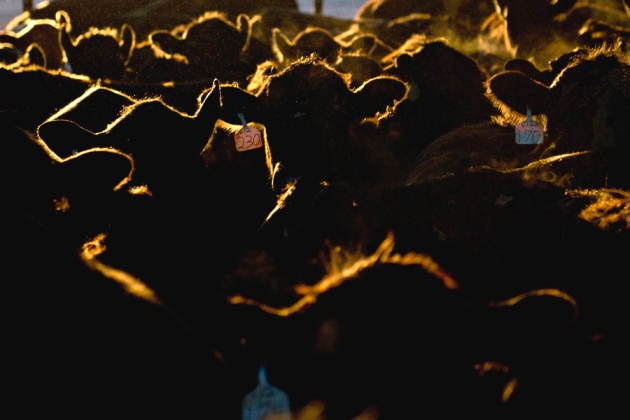 Feeding the world sustainably is a global challenge. But reforming food production in only a few regions could increase crop yields enough to feed an extra 3 billion people and reduce damage to the environment, researchers report today in Science1.

Ecologist Paul West of the University of Minnesota in St Paul and his colleagues used comprehensive calculations based on a cornucopia of disparate data and methods to estimate calories produced, used and wasted around the world. “It became obvious that, wow, there’s actually just a few countries and crops that explain most of the story at global levels,” says West.

The largest gains would come from eating more of what we harvest, which means reducing the proportion of crops used for biofuels and to feed livestock, especially cattle. The team estimates that beef requires many times more calories in animal feed than it provides. In places like the upper Midwestern United States, “we’re feeding cars and cows instead of people”, says West. The whole world puts enough crops to non-food uses to feed 4 billion people, with the United States, China, Western Europe and Brazil diverting enough to feed 2.4 billion.

West points out that these gains would not require giving up meat altogether. “It takes about 30 calories of feed to make a calorie of beef. But with chicken and pork it’s more like seven or eight to one,” he says. “So even the shift in what types of meat are eaten have a huge effect.” And enough food for 400 million people could be produced by eliminating food waste in just the United States, China and India.

Furthermore, improving farming practices in under-producing areas — most of them in Africa, Asia and Eastern Europe — could generate enough food to feed another 850 million people. Africa alone accounts for nearly half of those potential gains. But the researchers also noted that yields in Africa and other underperforming regions are especially vulnerable to climate change, which they did not consider in the analysis.

The suggested reforms are not new, but this analysis “brings together a disparate set of factors”, says Charles Godfray, a population ecologist at the University of Oxford, UK, who studies food security2. Fulu Tao, an ecologist at the Chinese Academy of Sciences Institute of Geographical Sciences and Natural Resources Research in Beijing, calls the study’s global conclusions “quite reasonable” and praises the team’s efforts to quantify possible gains.

But Godfray points out that a global analysis may be too broad to inform practical changes: “Most policy in the food system is not made at the global level, but nationally or at even more local levels.” Tao agrees, saying that in some regions of China, clawing back even 50% of the yield that has been lost to soil pollution and other environmental damage would require most farmers to invest in new technology, and would need government subsidies.