How the most widely cited global rankings are measured, and which institutions made their top tens for 2019. 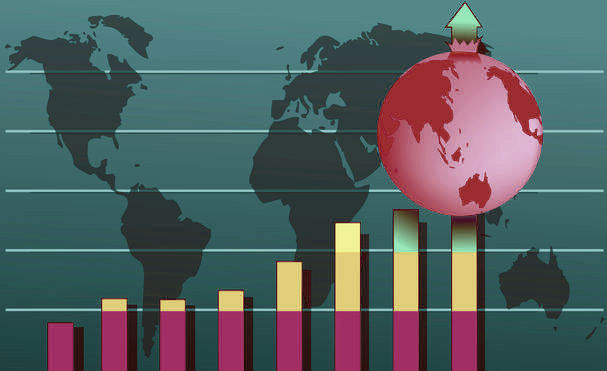 The Academic Ranking of World Universities (ARWU), which last week released its top universities for 2019, is just one of the multitude of ways in which higher education institutions are pitted against each other.

Among more than 20 different global ranking systems, the longest standing and most influential are the ARWU (produced by the ShanghaiRanking Consultancy), Times Higher Education (THE), and Quacquarelli Symonds (QS).

Whether it's about funding and endowment; research excellence and impact; student admissions and satisfaction; or graduate employment, international reputation and awards, there is a vast array of factors to compare, and even more ways to combine them into proprietary ranking algorithms.

Below is a breakdown of the most important components of each of the big three, and their top 10 institutions for 2019, along with a description of the Nature Index, for comparison.

Established in 2003, the ARWU was the earliest global university rankings system of its kind, using a combination of factors to compile its annual league tables.

The ARWU ranks more than 1,800 universities every year, and the best 1,000 are published. It uses a combination of six objective indicators that are weighted as follows:

While the ARWU is noted for its methodology and influence, its heavy weighting towards more traditional measures of research excellence makes it difficult for high-performing yet younger, smaller or less well-known institutes to get a look-in.

Of the three ranking systems described here, the ARWU shows by far the greatest spread in total scores across the top 10 institutions, with Harvard at first place separated by the University of Chicago in tenth place by 44.9 points.

Since then, it has become one of the most widely considered global ranking systems for higher education institutions.

It considers 13 separate performance indicators to judge universities against their key missions, including teaching, research, knowledge transfer and international outlook.

These performance indicators are grouped into five areas:

If an institution does not teach undergraduates, only teaches a narrow subject area, or does not produce a large number of research articles, it will not be considered in these rankings. This means that certain smaller or highly specialist institutions might not be included.

In compiling its World University Rankings 2019 top 1,000 table, THE analyzed data on more than 1,250 universities worldwide, and conducted a global Academic Reputation Survey of more than 20,000 leading scholars.

It also analyzed 67.9 million citations to more than 14.1 million academic journal articles (from Elsevier’s Scopus database) published between 2013 and 2017.

The rankings compare universities in four major areas: research, teaching, employability, and international outlook, and each of these areas are measured against six performance indicators:

Based on an academic survey, it collates the expert opinions of more than 94,000 experts regarding teaching and research quality.

The total number of citations received by all papers produced by an institution across a five-year period by the number of faculty members at that institution. To account for the fact that different fields have very different publishing cultures – papers concerning the life sciences are responsible nearly half of all research citations as of 2015 – citations are normalized.

Based on an employer survey, which collates 45,000 responses from employers about which institutions they source the most competent, innovative, effective graduates from.

5 and 6. International faculty/student ratio – 5% each

A measure of an institution’s success in attracting faculty and students from overseas.

Like THE’s rankings, to be eligible for inclusion, institutions must teach at both undergraduate and postgraduate levels and conduct work in at least two of five broad faculty areas (arts and humanities; engineering and technology; social sciences and management; natural sciences; life sciences and medicine).

The QS rankings have been criticized for the heavy weighting they put on opinion surveys, which are, by design, not objective measures, though they are the largest surveys of their kind in the world.

Highly prestigious institutions, which are well known and highly regarded, are at the biggest advantage when being measured by opinion-based metrics.

Like THE’s World University Rankings for 2019, the QS rankings for 2019 reveal a mere 7.1-point separation between the Massachusetts Institute of Technology (MIT) in the number one slot and University College London (UCL) in tenth place.

Each year, the Nature Index publishes tables based on counts of high-quality research outputs in the natural sciences.

In 2018, it increased the number of journals it tracked from 68 to 82, to account for newly established high-quality publications, and to increase the coverage of articles in the Earth and environmental sciences and the life sciences.

The 82 journals were selected by a panel of active scientists, independent of Nature Research, based on their perceptions of journal quality, rather than using quantitative measures such as the Journal Impact Factor. These journals account for close to 30% of total citations to natural science journals.

The Nature Index tracks more than 58,000 institutions worldwide (which includes approximately 9,000 root institutions and their ‘children’), and research output is measured by:

Research outputs tracked by the Nature Index are non-normalized, which means they don’t take into account the size of the country or institution, or its overall research output.

In 2019, the Nature Index also published a normalized annual table, revealing the smaller institutions that punched above their weight in 2018.