But short careers set them back. 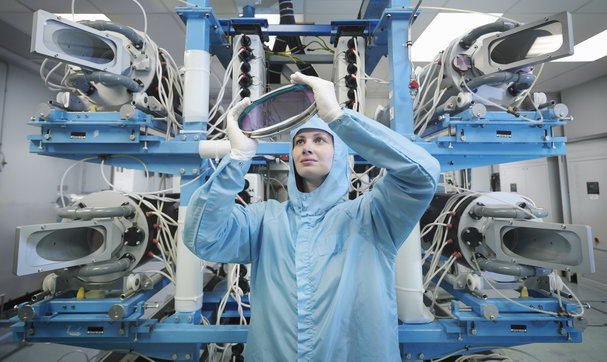 Despite increasing representation of women in science, gender gaps for publications and citations have continued to widen since the middle of last century.

A new study has found an explanation: women are more prone than men to dropping out of science, thereby curtailing their publishing careers. That gap is also growing.

When differences in career length are controlled for, male and female scientists have similar rates of publication and citation, researchers at the Centre for Complex Network Research at Northeastern University, Boston, have found.

Study co-author Roberta Sinatra, a data scientist at IT University of Copenhagen, Denmark, argues that the results help to dispel the myth that women are “less good" than men at science.

“If here we interpret ‘good’ in terms of productivity and/or citations, we see that women are pretty similar to men, as long as they stay in the system and do not drop out,” she says.

The study, published in the Proceedings of the National Academy of Sciences, used the Web of Science database to reconstruct the publishing careers of almost 8 million scientists between 1900 and 2016.

Researchers from a number of Asian countries were excluded due to difficulties in name and gender disambiguation.

Analyses then focused on 412,808 female scientists and 1,110,194 males who had not published since 2010, indicating that their publishing careers were over.

On average, men had significantly longer careers (11.0 years) than women (9.3 years), measured as the time between their first and last papers.

This gender gap was reflected in the drop-out rates. Each year, 10.8% of women published their last paper. For men, the rate was 9.0%. The difference was apparent at every stage of the scientists’ research publishing careers.

The researchers also found that, compared to men from the same discipline, women received 38.4% fewer citations. This gap reduced to 12.0% when career length was controlled for.

When women were compared with men who had the same number of publications, they in fact received 0.8% more citations.

Sinatra argues that drop-out per se is normal and beneficial. “A world without people leaving academia and going to other sectors would not be a better world,” she says.

The concern, however, is when one category of people drops-out more than another. “It means that there are factors that make a life in academia less sustainable for one category.”

University of Melbourne ecologist, Devi Stuart-Fox, argues that the conversation should be about womens’ career choices rather than them ‘dropping-out’. The key question, she says, is whether more women than men want to continue in science but find that they can’t.

Stuart-Fox, whose co-authored 2018 study found evidence of persistent gender gaps in science, adds that the new study highlights the need to address various factors that can make it difficult for women to transition from a short-term to an ongoing research position.

“Many initiatives to reduce gender inequity focus on increasing the visibility of women in science and on mentoring,” she says. “The results of this paper suggest that such initiatives may not tackle the real causes of the problem.”