The bacterium has helped combat dengue, but can it be used to purge other mosquito-borne diseases? 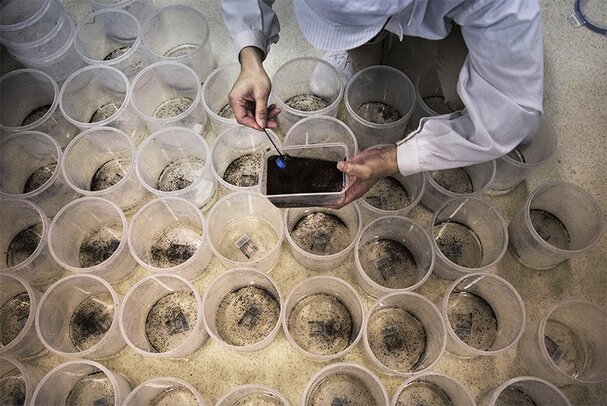 There are two approaches to tackling dengue with Wolbachia. The first involves releasing only modified male mosquitoes.

Since 2015, this strategy has been successfully adopted in Singapore and Guangzhou, China, and in parts of the United States, such as Miami, Texas and California. Because eggs produced from unmodified females that mate with modified males do not hatch, the number of mosquitoes in the community is greatly reduced.

Success with dengue has prompted epidemiologists to ask whether Wolbachia can be used to control other mosquito-borne diseases. For Zika, chikungunya and yellow fever — the other major viruses spread by* Ae. aegypti* mosquitoes — the answer, in theory, is yes.

O’Neill is also the founder of the non-profit organization World Mosquito Program, which works with governments and communities on Wolbachia-release programmes, currently in 11 countries, from bases in Melbourne, Ho Chi Minh City, Vietnam, and Panama City in central America.

But demonstrating Wolbachia’s effectiveness against these other viruses in the field is tricky. Zika, yellow fever and chikungunya crop up much more sporadically than dengue, which is more predictable based on previous hotspots, temperature and climate conditions.

“The challenge is timing a trial in a particular area to coincide with when there is an outbreak,” says O’Neill. “That requires a bit of luck to have both of those things together.”

Guessing where the next outbreak might be and setting up a trial in anticipation risks wasted effort if no outbreak happens, says O’Neill. But, waiting for an outbreak to occur and then starting the trial is often not feasible, “given that trials are very complex and challenging to set up”, he says.

For one thing, gaining community trust and acceptance of a mosquito-release programme takes time.

This might explain why no one has attempted to organize such field trials for diseases other than dengue so far. Some dengue studies, however, have been able to observe Wolbachia effectiveness against other arboviruses incidentally.

For instance, when O’Neill and his collaborators released Wolbachia-infected mosquitoes to control dengue in the Brazilian city of Niterói from 2017 to 2019, they simultaneously observed a 56% and 37% reduction in chikungunya and Zika incidence, respectively (S. B. Pinto et al. PLoS. Negl. Trop. Dis. 15, e0009556; 2021).

But for diseases spread by other mosquitoes — such as malaria, which is carried by mosquitoes in the Anopheles genus, and West Nile and Japanese encephalitis, which is carried mainly by Culex mosquitoes — Wolbachia use is less clear-cut. For a start, these diseases are transmitted by numerous species, unlike dengue, which has only one primary vector (Ae. aegypti).

In Thailand, for example, there are between 10 and 16 Anopheles species that carry malaria, says Jetsumon Sattabongkot, director of Mahidol University’s Virax Research Unit, Bangkok. “And that’s not even in the whole country, it’s just in some locations,” she says.

Different mosquito systems have different physiological systems, so a Wolbachia strain that can be introduced to one species may not work for another. To complicate things further, both Anopheles and Culex mosquitoes contain naturally occurring *Wolbachia. *

“So, you’d have to find a strain of Wolbachia that would effectively compete against the natural strains and that also reduces the transmission efficiency,” says Scott Weaver, a virologist at the University of Texas at Galveston.

Finding a suitable Wolbachia strain–species match, or ‘system’, is no mean feat. Scientists have to select contenders from thousands of possibilities, then assess their impact on the mosquito host.

A ‘good’ strain should be able to effectively block transmission of the pathogen in question, form a stable symbiosis with a minimum or low fitness cost to its host, and be passed to future mosquito generations, among other desirable traits, says Zhiyong Xi, a medical entomologist at Michigan State University in East Lansing, Michigan.

“They like to form mating swarms, so they need large cages,” says Stephen Dobson, an entomologist at the University of Kentucky in Lexington.

Dobson is the founder of MosquitoMate, a biotechnology start-up company that offers commercially available modified male Aedes mosquitoes for homeowners, hotels and other private players looking to combat their dengue problem. MosquitoMate has been approved by the US Food and Drug Administration for use in 20 states and Washington DC.

Setting up the breeding facilities isn’t cheap or easy. They are typically staffed by 20 to 40 people; strict biosafety measures have to be in place to prevent any mosquitoes from escaping, as well as to remove dust and scales shed by adult mosquitoes, which can cause serious respiratory symptoms for people exposed to them.

There are currently nine such facilities in southeast Asia, Latin America, China, the United States and Australia; the world’s largest one, in Guangzhou, China, can produce more than 30 million Wolbachia mosquitoes a week.

“Building a mass-rearing facility is really a challenge for some areas,” says Dobson.

Additionally, securing grants can be difficult. “It’s much simpler to get funding to do work on dengue because it’s a much more important pathogen overall than something like West Nile,” says Weaver, referring to dengue’s high infection rates. Estimates suggest that four in every ten people worldwide live in dengue-prone areas.