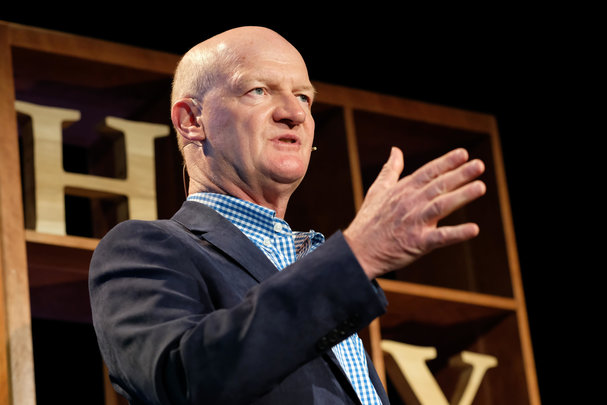 A former UK education minister has described how his hopes of seeing a British “global university enterprise” were dashed.

David Willetts told academic leaders that during his four-year term as minister for science and universities nobody delivered on his vision of a British institution with campuses and locations around the world.

He cited New York University (NYU), with 50,000 students at its main campus and 12 satellite sites, as an example of what he’d hoped to achieve.

He said that all ministers wish for a “lever in their office that they can turn” to deliver change. “I felt we should have a British version of NYU campuses around the world. Nobody did it. I do regret that.”

Willetts, who served in the Conservative-led coalition government until 2014 and became a life peer in the House of Lords the following year, was speaking about political influence in higher education at the closing session of Times Higher Education’s Young Universities Summit 2019.

He told the summit, held at the University of Surrey, UK, that he could not have forced a particular institution to deliver on his ambition.

“I did not want that kind of executive power. Mostly you would recognise the world would be a worse place,” he said of his ‘lever in the office’ reference. Similar curbs are faced by university leaders, he added. “Being a vice chancellor is not the same as being a CEO. You have very powerful faculty.”

Way Kuo, president of the City University of Hong Kong and the author of Soulware: The American way in China’s higher education had earlier praised the US model of higher education and the successes of its most prestigious research universities for having funding arrangements that minimise political interference.

This was due, he argued, to the country adopting the model pioneered by Humboldt University Berlin following its foundation in 1810.

Widely described as “the mother of all modern universities,” the institution founded by Prussian reformer Wilhelm von Humboldt has produced 55 Nobel Prize winners (this includes former students, faculty and researchers). US universities championed its founder’s ambition for political, financial and research independence from the state. Kuo singled out Johns Hopkins University, Baltimore, and in Japan, the University of Tokyo, as the most famous exemplars of Humboldt’s model.

Steven Muller, who was president of Johns Hopkins University from 1972 to 1990, once wrote how the financial autonomy of US private universities echoes Humboldt’s efforts to “anchor the autonomy of the university in a strong degree of financial independence from the state by urging the need for university endowment whose income each year would be available to the university at its sole discretion.”

Willetts reminded the summit how the German university’s prestige was damaged by political interference triggered by the rise of Nazism. Its buildings border Bebelplatz, where 20,000 so-called “degenerate” books were torched in May 1933. Some 250 Jewish staff and faculty were subsequently fired, and doctorates revoked.

“I share your admiration for Humboldt’s success,” he told Kuo. “The model of a research intensive university 200 years ago to the Prussian government was a political decision. And in 1933 one political system was replaced by another one. All those Nobel prize winners do stop in 1933.”

The former minister, whose book about the importance of academic institutions, A University Education, was published in 2017, singled out two further political developments in higher education, comparing UK university expansion in the 1960s to the direction taken by the French government

The “dysfunctionally large” institutions created in France sowed the seeds for the civil unrest in 1968, he argued, referring to student strikes at the Nanterre campus of the University of Paris, and its subsequent shutdown by the authorities.

The university, on the outskirts of the city, was initially created in the early 1960s as an extension of the Sorbonne.

“The growth of participation in higher education is a good thing. It’s good for individuals and for economic benefits more widely.

Then there’s the policy question. Where does growth happen? Either existing universities get bigger or new ones are created. France had massive expansion in the 1960s. It made existing ones a lot bigger which was a breeding ground for 1968.”

The UK, in contrast, forged a different path after accepting the findings of Lord Robbins’ 1963 report into higher education, which led to the creation of 13 new institutions during that decade. “One reason for creating new universities is you get more diversity,” he told the summit.

Ban the lecture: How young universities aiming for high rankings are preparing for “Generation Alpha”.