They work well for some. 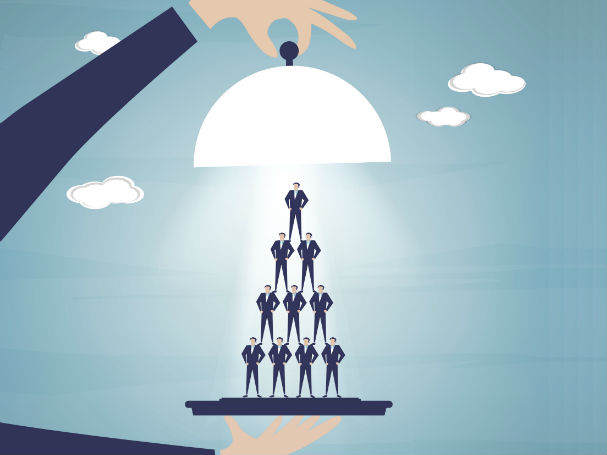 There is a growing awareness that some people are more poised for success than others. This is as true for academia as it is for other occupations. However, in academia we often prefer to be captivated by the notion of meritocracy; that deep-seated idea that quality will outweigh personal connections or less visible advantages.

The university, even more than other institutions, is promoted as a place where publications, job offers, tenure, and promotion are bestowed on those with the best ideas and the most rigorous science.

Recent disciplinary discussions have highlighted the exclusion, marginalization and erasure that come along with academic knowledge production. There is significant coverage of the politics of citation, homosocial practices, and the underrepresentation of women in particular fields.

More recently, some studies of the barriers faced by working class students to enter the academy have received attention. Less covered, however, are the impact of professional networks where power is distributed asymmetrically.

To shed light on this situation, we decided to investigate whether all scholars start on the same footing. Taking critical urban studies as a case study, we found academic output to be quite lop-sided, dominated by men and by networks and clusters of scholars, we call “invisible colleges.”

The term, “invisible colleges,” originated in the 17th century to capture shared scientific interests among those without formal institutional affiliation. Today, they are thought of as groups of scientists from distant geographic locations who exchange information.

Implicit in the concept is the understanding that these social circles, sometimes called “innovation cliques,” trade on different forms of social and reputational capital to support one another. These unseen processes, which may include interpersonal relationships, reciprocity, education, group memberships and voluntary activities, concentrate cumulative advantage, in effect operating as a ‘black box.’

To make visible these invisible colleges, we first collected references or published peer-reviewed articles and books related to two search terms, “critical urban theory” and “critical urban studies.” A fuller description of how we did this is available in our paper. A total of 997 and 980 indexed references were returned respectively.

After cleaning the data, the total number of indexed references was 125. We used additional data for our network graph and subsequent analysis using three steps, which involved three actors—lead authors, co-authors, and doctoral academic supervisors. Then, we collected data on the institutional affiliations and gender of these actors.

Our network graphs thus chart the role of the invisible college in producing knowledge related to critical urban studies. The visualizations also convey the dominant ‘colleges’ in those efforts as well as the top 25 universities producing the most cited scholarship.

The first visualization is a network graph of raw data that sketches out the scholar (author and co-author) along with the scholar affiliation.

The second image visualizes the specific dominant university within the node. The second figure works a bit differently than conventional citation based metrics by exploring unseen indicators leading to nodal concentrations.

What is apparent is that those within the productive web of the invisible college are disproportionately well-positioned in relation to others.

Certain clusters of scholars, their co-authors, and academic mentors, and mentees dominate knowledge production in the field. In other words, a social phenomenon which is not visible affords prospects for initial and continued success in academia.

Unveiling collaborative networks traces who is involved and, by extension, who is excluded. In the case of critical urban studies, we find that women are the ones who tend to get elided and the well-established are overrepresented.

This is captured in the Matilda Effect, a phrase coined by Margaret Rossiter in 1993, to suggest a bias against acknowledging women’s scientific achievements. Being overlooked also entails understudied elements such as the misallocation of recognition, and the denial of credit.

Centering on the dual roles of visibility and transparency in upholding structures of power operates as a counter-narrative to the Great Man theory.

Ultimately, we advocate for transparency in the production of scholarship. Such a move requires a willingness to redesign some of these structures that invariably promote uneven privilege. Revealing the imperceptible brings to light how and where scholarship emerges in addition to the accepted (but often unquestioned) informal practices associated with research.

In particular, studying invisible colleges opens up formal metrics to scrutiny. Different ways of seeing disturb the taken for granted equivalence between a citation and a publication by isolating the networks that comprise this process.

The spaces of scholarship are rife with varying degrees of dominance. We should collectively advocate for a flatter hierarchy in academia. Efforts that are not currently part of conventional practice could consist of disclosures related to editorial board affiliation, academic mentors, and reviewer identity.

We believe that visualization can be used as a technique of equity with far reaching implications. Redesigning invisible colleges and addressing the many erasures of knowledge production is even more crucial in this digital world where an expanding array of metrics are seen to unambiguously provide insights into academic excellence.

This post draws on the author’s paper, Making the invisible hyper-visible: Knowledge production and the gendered power nexus in critical urban studies, published in Human Geography.