What price will Japanese science pay for austerity?

The country's stagnated research output corresponds with a deteriorating situation for young researchers. 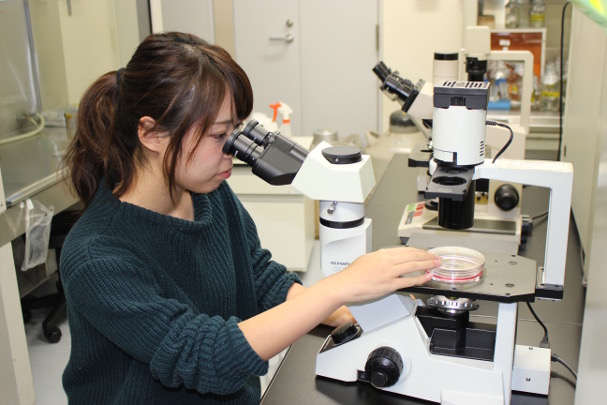 Scientists at Hokkaido University had much to celebrate in 2016. Cancer researchers identified a possible target to thwart chemotherapy-resistant tumour cells, while a telescope jointly developed by Hokkaido University arrived at the International Space Station to take high-resolution images of Earth.

But, behind the success stories, scientists at the prestigious university in the country’s north are worried. To meet budget constraints, university management last year proposed reducing staff costs by almost 15% over five years — the equivalent of cutting about 205 professor-level positions. After vociferous opposition by faculty and the staff union, the university’s incoming president Toyoharu Nawa has proposed to shave only 7.5% off the staff budget. Nawa says the university will try to retain as many tenure positions as possible by cutting spending in other areas, while seeking more external funding to hire more contract-based researchers.

These positions will make young researchers more mobile and stimulate interdisciplinary collaboration, which will ultimately strengthen research capability, Nawa says. “We understand people are our most important asset.”

But chief secretary of the union, Shigeru Mitsumoto, says any cuts will have a significant impact on early-career researchers seeking a full-time job to focus on their work, and so jeopardize the country’s scientific potential. “If a research-oriented university like us can’t offer them opportunities, Japan will have no future,” he says.

The situation at Hokkaido University is not unique. Across Japan, early-career researchers face an uncertain future, as universities reduce the number of permanent staff positions and shunt more faculty into short-term contracts. There is little hope for immediate improvement in employment opportunities for young researchers, according to Takayuki Hayashi, who investigates science policies at the National Institution for Academic Degrees and Quality Enhancement of Higher Education.

Over the past decade, Japan’s research output has struggled to keep up with the world’s leading science nations, a situation some policy experts believe has been exacerbated by a failure to support the next generation of scientists.

Several factors have contributed to Japan’s current situation. The economy has been slow to recover from its collapse in the early 1990s. While Japan’s spending on research and development as a share of GDP is among the world’s highest (topped only by South Korea and Israel), the government’s budget for science and technology has essentially remained flat since 2001. Meanwhile, other leading research nations such as Germany, South Korea and China have significantly increased their spending.

Since the early 2000s, the Japanese government has reduced the funding for universities to pay staff salaries, including cutting the management expenses grant programme by about 1% a year between 2004 and 2014. As a result, more than a third (33) of national universities have not filled tenure positions after professors retire, and have stopped hiring new staff or placed researchers on contracts, according to the Japan Association of National Universities.

The World Premier International Research Center Initiative (WPI)’s International Center for Materials Nanoarchitectonics (MANA) in Tsukuba, for example, plans to eliminate 30 of its 70 postdoctoral positions during 2017.A government policy, introduced in the 1990s, to produce 10,000 post-doctoral researchers to strengthen the country’s competitiveness, may be compounding problems. While the government intended for many of these researchers to work in the private sector, an unintended consequence is that a large portion stayed in academia. By 2012, the number of postdocs had surged past the government’s target — more than 16,000 in academia. The problem is most acute in life sciences, in which the government invested heavily in the early 2000s. As a result, postdocs often hop from one position to another waiting for an offer of an increasingly rare permanent research position.

“Money is not the priority for young researchers,” says Eijiro Sumii, who studies programming language theory at Tohoku University and is the secretary of the Young Academy of the Science Council of Japan. “They just want more time to concentrate on research but they have to spend a lot of time writing job application forms and documents to report to the government.”

One researcher on a short-term contract, who asked not to be named, said despite being an experienced research associate in his 30s, he had to do the menial chores in his lab, such as checking samples and disposing of waste after experiments, because his university could not afford technicians. “In the US, even postdocs won’t do that,” he says.

Scientists fear students are being dissuaded from a research career. “I am no longer able to say to students that a career as a scientist would be great,” says Satoshi Tanaka, a biochemist at Okayama University. Despite the glut of postdoctoral researchers the number of students entering doctoral courses has been falling since its peak in 2003. While this may arrest the oversupply of postdocs, a continual decline in the number of PhD students could leave a gap in Japan’s future scientific capacity.

Meanwhile, the existing research workforce is ageing, common across all sectors in the country with the world’s oldest population. From 2004 to 2013, the number of researchers under 40 fell 11%; during that same period, the total number of researchers, excluding post-doctoral researchers, at national universities rose 2%. Since the early 2000s, many universities have also raised the retirement age from 60 to 65, reducing the number of permanent positions for younger scientists.

Hiroshi Nagano, a visiting fellow at the Japan Science and Technology Agency and an expert in the science policies of Japan and Europe, says Japan doesn’t encourage young researchers to become principal investigators at an early stage of their career. This failure to adequately foster up-and-coming researchers “is one of the major causes of the continuous deterioration of our country’s scientific performance,” says Nagano.

In the past five years, Japan’s overall scientific output has not kept pace with the growth of its neighbours, particularly China and South Korea (see 'Japan's slow research decline in 4 charts'). The number of articles produced by Japanese authors in the Nature Index fell 8.3% between 2012 and 2016. During that same period, the United Kingdom’s output rose 17.3% and China’s shot up 47.7%.

The Web of Science (WoS) database reveals a similar trend. Between 2005 and 2015, the number of Japanese papers declined in 11 out of 14 research fields. Indeed, the country’s global share of papers in Scopus fell by more than a third over ten years, due largely to strong growth by China and South Korea.

Japan’s government has introduced several programmes to lift the country’s top research institutions to among the world’s best. This has meant concentrating its investments on people and institutions with a proven track record seen to have a better chance of increasing the country’s global competitiveness. The top five institutions of the country’s 86 national universities received almost half of the more than ¥100 billion (about USD$900 million) to be invested by the country’s largest competitive research grant program this year.

But, he admits these are a small number of people, and that the government’s efforts aren’t enough to improve the situation for young researchers in Japan.

Initial signs that the situation may be improving for early- and mid-career researchers have emerged. The government plans to increase by 10% the number of university researchers under 40 by 2020, partly by supporting initiatives that offer more tenure or tenure-track positions, and allowing more flexible use of funding to hire researchers.

From April, the country’s premier research institution, RIKEN, will start replacing some contracts with tenure positions. Over the next seven years, the institute intends to increase the portion of its total staff that is tenured from 10% to 40%. These new positions won’t offer the same retirement package, but researchers will have better job security.