What they don’t teach at your institution. 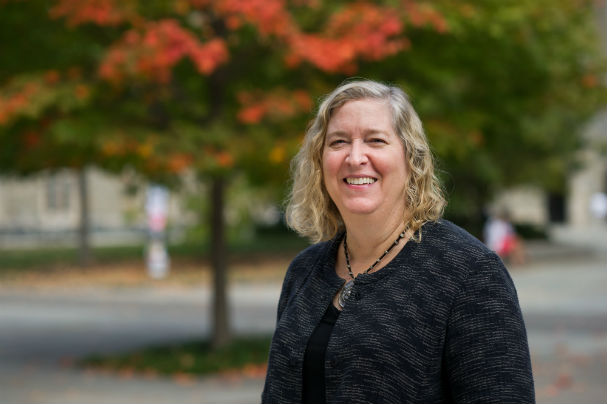 Twenty years ago, Wendy Belcher, then an editor at the University of California, Los Angeles (UCLA), offered one of the first courses in the United States for journal article writing.

In the decade that followed, she taught graduate students and professors alike across the country, before taking the course around the world to universities in Norway, Indonesia, Sudan, Malawi and Ethiopia.

The book that came from her experience, Writing Your Journal Article in Twelve Weeks: A Guide to Academic Publishing Success, has become a best-seller, with a second edition released last month.

Nature Index spoke with Belcher, now a professor of African literature at Princeton University, about the writing process, productivity and procrastination, and how best to target a peer-reviewed journal.

What made you start the journal article writing course?

I worked as an editor at UCLA in the 1990s, and was approached about teaching a magazine article writing course. On the first day, six students showed up, and three of them were desperate for advice on academic writing. 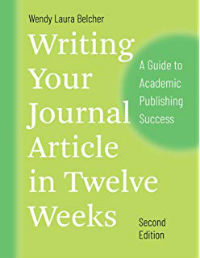 I asked UCLA if I could start a journal article writing course, as there was clearly a need for it. The university called me about a week after it was offered and said, "Your class is driving us nuts. It has only 15 places and we already have a waiting list of 200 people." I taught the workshops every summer for about 10 years.

Most of the people taking the class were women, students of colour, and first generation students — students who weren't getting properly mentored. They were coming in from all over the country. It was like they were shipwrecked, clinging to each other, thinking, “What is this crazy place that we've found ourselves in where our primary task is the very thing they don't teach us?”

Why is 12 weeks the sweet spot?

It’s partly due to your discipline. When the book came out, I had somebody in the humanities who said, "I can't write it in 12 weeks. I need 12 months," whereas someone in the social sciences said, "Twelve weeks? I'm lucky if I have 12 days."

So the book has 12 weeks in the title, but I'm very aware that a lot of people take longer than that.

A lot of people think they can’t write unless they have a big block of time carved out. They think they need at least 10 hours at a stretch to really get going.

Robert Boice, professor of psychology at the State University of New York at Stony Brook, was the first person back in the ‘90s to say, "No, this doesn't work. I've studied people, it doesn't work. You've got to have something more moderate, more daily, make it a habit.”

So I’ve worked with students on that. There's often a fair amount of protesting from those who haven’t done it like that before. I say, "Just give it a try," and usually they come back as converts.

There are some people who are more suited to “binge writing” as they call it, but it works because they’re still thinking about their article daily.

On non-writing days, they take notes, read, talk to people about it, plan, organize, frame it out. Why not keep it bubbling on the stove, so when you do get that time, you can bring it to a boil much faster than pulling it out of the freezer and trying to remember your train of thought each time you sit down to write?

Why is it important to make your writing social?

The people who are the most productive are those who talk about the process with others. They go to conferences, share abstracts, tell their students, teach classes — they do all of these things where they're connecting with a potential audience.

You can very quickly burn off all sorts of things where people say, "I don't care about that. You think that's interesting, nobody else thinks that's interesting." Or it can help you shape things, and give you connections and citations.

Should your technique change, depending on the journal you’re aiming for?

I think when people say to start at the top and work your way down, it’s the worst piece of advice you could ever give. There’s no evidence to back it up. It's a myth. Instead, you should study the journals and understand what they’re looking for.

I had a student who had given a dissertation chapter to her advisor before she came into my class and then gave another one in the tenth week, after she’d been studying peer-reviewed journal articles. The advisor said to her, "What happened to your writing? It's light-years away from the other version.” The student said, "I’ve read 100 peer-reviewed journal articles since then."

Reading is key. You're reading for structure, how many citations it has, how long is the introduction, what do they do in the introduction? Do they have a methods section? What is the claim for significance? It can have a transformative effect on people's writing.

What’s in the new edition?

In one section, I discuss deciding which name you’re going to publish under if you've never published before. You have to make a decision about what's best for you.

For example, I had a student whose mother had given him a Muslim name, even though she was not Muslim and neither was he. He said, "That name doesn't represent anything about me," and decided to change it because he thought it would get him further in the game.

I also knew someone who thought they might transition in future, so they decided to publish with a gender neutral name.

On the one hand, we want the world to see diversity, but we also know that there is a bias against women and people of colour. I'd seen people wrestling through these issues, and in a couple of workshops I brought up the question, saying, "I feel like this is kind of a touchy issue. I don't want to appear as if I’m advising people to change their names, but I also don't want to ignore that this is an issue that you might need to think about."

Fortunately, the students were really open to talking about it and agreed that people should have a choice in that.

The interview has been edited for length and clarity.

All in a name: How research paper titles can make or break