A concentration of knowledge and funding advances Sustainable Development Goals, but in the global south, it’s a different story. Navigating the flooded streets of Chattogram during rainy season is becoming more difficult.

Its review, a collaboration with the city’s Municipal Ecology and Environment Bureau, found that the Chinese capital’s Clean Air Action Plan, which ran from 2013 to 2017, helped it meet national standards on annual emissions of pollutants, such as carbon monoxide and sulfur dioxide. Annual fine-particulate pollution fell by 35% over those four years, and by 25% in the surrounding Beijing-Tianjin-Hebei region. 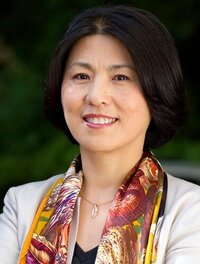 In urban centres looking to improve sustainability, research and practice are interlinked. With high concentrations of well-resourced academic institutions, many of the world’s largest cities are powerhouses of knowledge production that have the means and opportunity to lead by example (Beijing, for instance, hosts more than 90 universities). Spurred by local priorities, such institutions undertake SDG-related research, sometimes over many decades, which can be fed directly into city government policy.

Two of Beijing’s leading institutions, Peking University and Tsinghua University, for example, have world-class research capacity in air-pollution abatement, low carbon and circular economy, and other areas related to the UN’s 17 SDGs.

In Nanjing (placed seventh in the Nature Index for SDG-related output in 2015–20, below Shanghai, ranked sixth), the municipal government and researchers at Nanjing University are developing a comprehensive community-based composting platform that links similar small-scale waste-management projects across China. (For more information on the analyses used in this article, see ‘A guide to Nature Index’.)

Over the past two decades, research on cities and their consumption and production systems has flourished. But two crucial gaps remain. First, research on cities in the global south is insufficient, and so does not serve some of the most vulnerable populations in the world.

In 2018, a downwards trend in the proportion of the urban population living in slums and informal settlements worldwide was reversed, according the UN, growing to 23.5% that year. By 2050, it’s estimated that more than 3 billion people, mostly from eastern and southeastern Asia, sub-Saharan Africa and central and southern Asia, will require adequate housing, a challenge SDG11 seeks to address with increasing urgency, as the threat of climate change-related extreme weather intensifies.

Cities that face the most acute and complex challenges often don’t have the benefit of hosting world-leading and highly funded universities to help generate localized knowledge. At the same time, the knowledge-production system is biased towards research from and about the global north, if publication and citation patterns are any indication.

The second challenge is universal. How can cities build resilience and respond to risk and disaster more effectively? Leading cities are not exempt from the outbreak of pandemics such as COVID-19, or the increasing magnitude and frequency of climate-related risks.

In August 2020, for example, tropical storm Isaias wreaked havoc on the New York metropolitan area, leaving more than 2 million inhabitants without power as the region emerged from lockdowns. In July 2021, heavy rain in Beijing threatened a re-run of July 2012, when the city experienced its heaviest rainfall in 60 years, forcing the evacuation of some 65,000 people. Since then, Beijing has boosted its emergency response capability.

Without such actions, the world will face more frequent and more extreme weather events. The report came days after central Athens recorded a ground temperature of 55 °C and firefighters were deployed to contain the 154 wildfires that had spread across some of the most populated areas of Greece.

Our cities, and our research on cities, need to better prepare for such unprecedented and catastrophic scenarios.

Xuemei Bai is an urban system and sustainability researcher and distinguished professor at the Australian National University, Canberra.