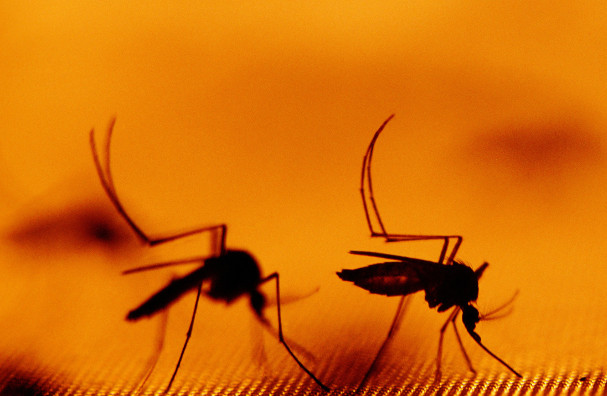 A UN agency is connecting big pharma with research groups to accelerate development of treatments for diseases such as malaria.

When Australian malaria researcher, Alan Cowman, received an email from US drug company Merck, suggesting they collaborate, he had to do some background checks to figure out where his work would fit with the pharma giant’s plans.

Cowman’s group at the Walter and Eliza Hall Institute of Medical Research (WEHI) in Melbourne had been publishing their findings about the central role of an enzyme, Plasmepsin V, in the malaria parasite’s survival in human red blood cells. In earlier research, Merck chemists had created a group of specific enzyme inhibitors, known aspartyl inhibitors.

Having heard about WEHI’s work, Merck approached the group with a plan to screen their own compounds to identify ones that could inhibit Plasmepsin V and potentially become antimalarial treatment.

The partnership was facilitated by WIPO Re:Search, an initiative of the World Intellectual Property Organisation (WIPO), which fosters collaborations in neglected and tropical diseases, a field which includes malaria and tuberculosis.

WIPO Re:Search is a joint project with BIO Ventures for Global Health (BVGH), a non-profit run by the biotechnology industry association, BIO, The programme links leading university and medical research institutes, biotech and major pharmaceutical companies, including AstraZeneca, GSK, MSD (Merck in the US and Canada), Novartis, Pfizer and Sanofi.

Large pharmaceutical companies provide information about relevant intellectual property and patents that are stored in a public online database. The small team at the WIPO Re:Search partnership hub, administered by BVGH, then use the database to connect pharmaceutical companies that have ‘assets’ that are potentially valuable in the development of diagnostics, drugs and vaccines for neglected diseases, with researchers who may be able to use them.

Any resulting collaborations, such as between WEHI and Merck, must adhere to the WIPO Re:Search guiding principles. In particular, products must be offered for sale without royalties in the world’s 49 least developed countries. Products must also be available royalty-free to other researchers working on neglected and tropical diseases.

WIPO Re:Search remains involved throughout the collaborations, ensuring good communication between the parties, helping with funding applications and overseeing IP arrangements. “We need to play a very active role in managing alliances, in presenting ideas and in bringing researchers together,” says the WIPO Re:Search Director, Jennifer Dent.

In five years, more than 100 collaboration agreements have been arranged and nearly 40% of those involve drug discovery work. Many of the partnerships also involve institutions and/or companies in developing countries, where neglected and tropical diseases have their greatest impact.

In the case of WEHI and Merck, it was the pharmaceutical company who suggested that any potential collaboration occur through WIPO Re:search. Cowman quickly familiarised himself with WIPO’s role and WEHI became a member.

Dent and her colleagues helped the team secure a Wellcome Trust Pathfinder grant of A$270,000 to get the work underway. Cowman says the collaboration has made an enormous difference to the work they’ve been able to do. Having access to Merck’s enzyme-inhibiting compounds enabled the WEHI team to quickly identify drug-like molecules that were successful in preventing the action of Plasmepsin V, and which presented the best potential for a future antimalarial treatment.

“It has also given us access to the expertise at Merck though fortnightly phone conferences. It’s been a really fruitful collaboration,” he says.

The group is now focusing on the medicinal chemistry to make effective antimalarial drugs from compounds they have identified.