Years of groundwork underpins the increase in research partnerships between India and the UK, but a decline in the number of Indian students enrolling in British universities may weaken the relationship. 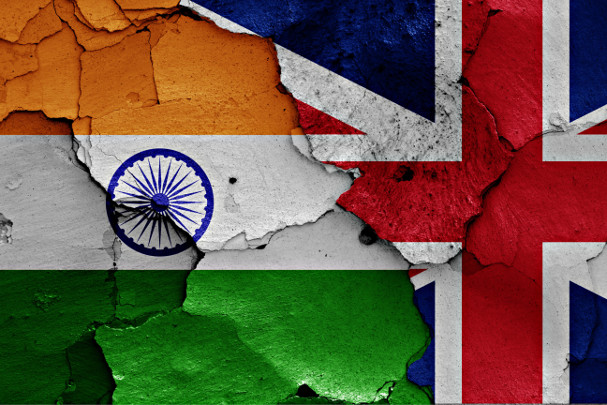 Last summer a specialized aircraft from the United Kingdom measured the atmosphere across a vast stretch of the Indo-Gangetic Plain, while Indian research ships dropped underwater gliders developed in the UK into the Bay of Bengal.

These activities, funded by the UK and Indian governments, are helping scientists understand and predict the movement of South Asian monsoon.

The project is one of many research collaborations between the two nations, which are on the rise, according to data from the Nature Index.

But as research collaborations are growing, the number of Indian students attending UK universities has more than halved since 2009-10, a situation some experts worry may jeopardise future research partnerships.

Between 2012 and 2016, the number of articles with at least one author from an Indian and UK institution more than doubled in the index, the result of a sharp rise in physical sciences papers.

At the same time, the contribution of Indian and British researchers to high-quality research, a measure known as bilateral collaboration score, increased by nearly 40%. The UK is India's third-largest collaborator in the index, after the United States and Germany.

Daniel Shah, the head of Research Council UK in India, said the recent rise in research collaborations was the result of groundwork that started about ten years ago when the UK government established and funded a Science and Innovation Network base in India, which helped build relationships between universities, industry partners and government bodies.

The opening of a Research Councils UK office in New Delhi in 2008 also led to funding schemes between agencies in the two countries that addressed areas of need, such as weather and climate change. Since 2011, the Research Councils UK, the Government of India, and other funders have invested more than £200 million (USD $245 million) in joint research programmes.

In 2014, the Newton-Bhabha Fund was also set up by the British Council and the Department of Science and Technology to support research programmes focusing on India’s development. The fund, worth £50 million over five years, supports research collaborations, as well as provide scholarships for Indian PhD students to study in the UK and workshops and training for early-career researches in both countries.

“Papers from these programmes have been appearing in press for the last few years, and are contributing to that rise,” says Hugh Coe from the University of Manchester, a lead investigator in the monsoon project.

Telecommunications engineer, Gerard Parr, said Indian-UK collaborations have improved considerably, particularly in the physical sciences, since he was invited to India in 2004 by the British High Commissioner in New Delhi, Sir Michael Arthur, to help understand why the research relationship was not as strong as it could be given the historic links between the countries.

At the time, there was no formal strategy for effective collaboration within India, or between India and the UK, said Parr, from the University of East Anglia. India's research infrastructure was also still developing. These factors hindered collaborations, especially in the physical sciences, said Parr, who has a led UK-India collaborations in the ICT sector. Recent advances in Indian infrastructure and technologies have helped address some of these issues.

Michèle Clarke from the University of Nottingham said Indian-UK collaborations are also supported by the large Indian diaspora in the UK, including many business and community leaders. Clarke leads a project on sustainable cities with UK and India partners.

But in February, India’s deputy high commissioner in London, Dinesh Patnaik, warned that declining numbers of Indian students in UK universities could weaken ties. According to data released by the UK's Higher Education Statistics Agency, Indian student enrolments dropped from 39,090 in 2010-11 to 18,320 in 2014-15.

“Students and academics play a great role in cementing this relationship,” the Times Higher Education reported Mr Patnaik as telling an audience of Indian and Anglo-Indian business and education leaders. “If we do not put some pressures on this [situation], we will lose this relationship,” he said.

Nikita Sud, who researches Indian politics and development at the University of Oxford, said a hurdle for Indian students was the financial guarantee they need to get a UK visa, which increased in 2015 from £7,380 to £9,135.

"If Indian researchers and students face an increasingly uphill battle to get a visa to study and work in the UK, and if they are going elsewhere to pursue research, this is bound to have a knock-on effect on UK-India research collaborations in the very near future," she told Nature Index.