Two Beijing-based universities are among the top 10 academic institutions in the Nature Index. 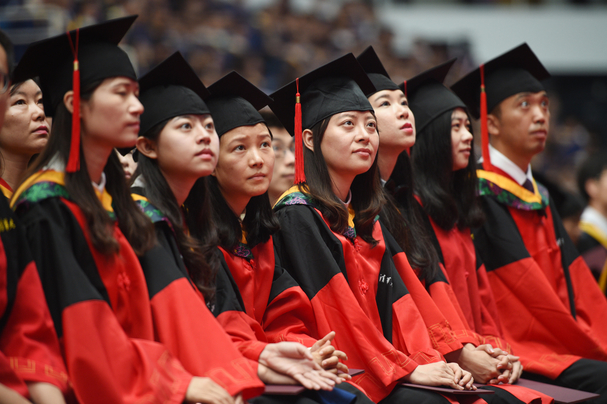 The university has seen steady growth in its contribution to the articles tracked by the index, measured by fractional count (FC). Tsinghua has ascended from 20th rank three years ago, when it had an FC of 289. It has earned its top 10 debut with an FC of 353 in the current tables, taking a place in the higher echelons along with Peking University, whose FC of 384 sees it hold the number eight spot.

The 2018 annual tables assess institutions on their contribution to articles in scientific journals in which researchers would most want to publish their best work. This year, for the first time since its launch in 2014, the Nature Index has revised its original list of 68 high-quality journals to 82. The new list increases the coverage of articles in Earth and environmental sciences, life sciences and chemistry, to balance earlier over-representation of astronomy and astrophysics articles in the physical sciences.

Beijing-based Tsinghua and Peking are the first Chinese institutions to make it into the global academic top 10, but others are in hot pursuit. Nanjing University has climbed from 21 to 13, and the University of Science and Technology of China has made its way to 18, from 27.

Chinese institutions are especially prominent in the areas of chemistry and physical sciences, though Nanjing also stands out as the only Chinese university among the top 10 in Earth and environmental sciences.

Tsinghua’s rise is largely driven by its chemistry contributions. Among notable work, researchers at the Department of Chemistry recently created a substance that warms up when exposed to light with potential use as an antidote to antibiotic-resistant bacteria.

Among the leading 100 academic institutions in the 2018 annual tables are 44 from the United States and 16 from China. The United Kingdom and Japan contribute seven each, with six from Germany, four from Switzerland and three from Canada.

Overall, almost 90% of the 83 academic institutions from China in the top 500 have improved their positions in the last year, compared to just about 45% of the 135 from the United States.

“The global picture is changing. Chinese institutions are really gaining their place,” says Marijk van der Wende, a professor of higher education and dean of graduate studies at Utrecht University in the Netherlands. “Institutions that are going up quickly take the STEM road,” she says, with many specialising in a narrow set of subjects.

Tsinghua University is the top producer of articles in the top 10% of highly-cited research in mathematics and computer science, as well as in physical sciences and engineering, according to the CWTS Leiden Ranking 2018. Its mathematics and computer science papers in the top 10% of highly-cited articles increased from 164 in 2006–2009 to 432 in 2013–2016. In physical sciences and engineering, its papers published in this category more than doubled over the same period.

In Nature Index’s closed circuit, with institutions vying for a finite share of articles in the leading journals, as some institutions rise, others must fall. Yale University dropped from 10th place to 19 in the past year, with an FC in the current tables of 298. Some of the decline can be attributed to a growing emphasis on collaboration. As researchers at Yale and other universities increasingly look beyond their campuses for co-authors, their share of total paper authorship in the index database might decline slightly.

Other institutions in the top 10 whose FC has declined in the past year include Massachusetts Institute of Technology in the US, and the University of Cambridge and University of Oxford in the UK.

Harvard University, with an FC more than double that of Tsinghua, rests comfortably at the top for the third year running.