These are the top 10 Asia-Pacific universities for life sciences

The University of Tokyo leads the pack. 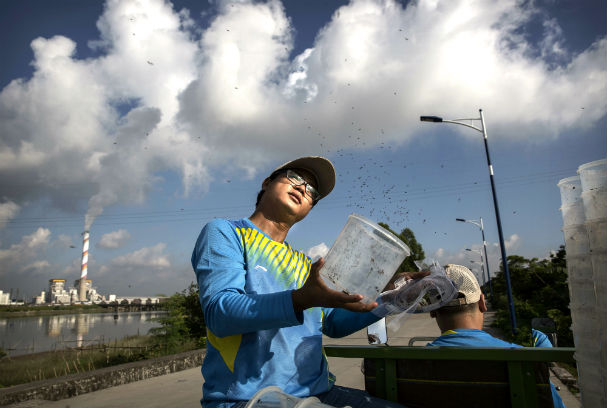 Japan’s University of Tokyo (UTokyo) produces more high-quality life sciences research than any other university the Asia-Pacific region. But China’s institutions are gaining on it, fast.

Of the 10 leading universities listed below, seven are from China. Sun Yat-sen University in Guangzhou is the rising star of the bunch. Its Share in life sciences almost doubled between 2017 and 2019.

Share, formerly referred to in the Nature Index as Fractional Count (FC), is a measure of an institution’s contribution to articles in the 82 journals tracked by the index, allocated according to the proportion of its affiliated authors among total authors of the article.

The fast-growing University of Chinese Academy of Sciences is also making some serious gains in the life sciences. Its Share has increased by more than 25% since 2017.

UTokyo and Peking University in China were the only universities on the list to shrink rather than grow their life sciences research output in the Nature Index since 2017. Despite this drop, they remain in the top two places, respectively.

1. The University of Tokyo, Japan

The University of Tokyo (UTokyo) is the oldest and largest of Japan’s national universities, and has produced many notable alumni, including three Nobel Laureates in physiology or medicine.

The institution’s Department of Biological Sciences takes an integrated approach to life sciences research, with the recently established Division of Advanced Photon Life Sciences fostering collaborations with researchers in physics, chemistry, and other disciplines.

UTokyo researchers were part of a 2019 study describing how aphids release a sticky bodily fluid to mend holes in their nests. The PNAS paper was picked up by 127 Twitter users and several online news outlets.

Peking University was China’s first public comprehensive university, set up in 1898. It’s widely regarded as one of the country’s two best universities, alongside Tsinghua University.

The university’s life sciences roots run deep, with the School of Life Sciences opening its doors in 1925. It supports almost 70 research groups that focus on areas such as cell biology, genetics, neurobiology, and bioinformatics.

Recent prominent papers involving Peking University researchers include an analysis of projected declines in global beer supply due to extreme drought and heat (Nature Plants, 2018), and the discovery that there are six subspecies of tigers in the world (Current Biology, 2018).

3. The University of Queensland, Australia

Credited with the development of cervical cancer vaccines and a drug for treating chronic neuropathic pain, the University of Queensland (UQ) has become a leader in life sciences research over the last century.

In the last five years, UQ researchers have won more Australian Research Council discovery and early-career research grants than those at any other Australian university. In 2018, government, industry, and community funders contributed almost AU$583.4 million to the university’s research budget.

In 2019, UQ researchers co-authored a study that found no genetic evidence for same-sex sexual behaviour (Science) and were involved in the discovery that the deadly fungal disease chytridiomycosis has wiped out 90 amphibian species in the last 50 years (Science).

In 2019, Tsinghua researchers contributed to the discovery that serotonin can regulate gene expression inside neurons. The findings, published in Nature, attracted nearly 1,000 Twitter mentions.

Home to the highest number of Nobel laureates of all universities in Asia, Kyoto University is well-established as a leader in producing world-class research. Despite the life sciences accounting for just a quarter of Kyoto’s overall output, it remains a top performer in the discipline in the Asia-Pacific region.

Kyoto University is comprised of 10 faculties and 18 graduate schools. The university is also home to 13 research institutes, including the Institute for Frontier Life and Medical Sciences and the Primate Research Institute, which focusses on the origin and evolution of human nature.

In 2019, Kyoto University researchers were part of an international team that analyzed global obesity trends. The Nature study found that obesity is rising more rapidly in rural areas than cities.

Located in Hangzhou, Zhejiang University is part of the Chinese government’s Double First Class Plan, which aims to develop world-class universities by 2050. The 120-year-old university is also making leaps in the life sciences, with its output in the discipline growing by nearly 15% in just a year.

In 2018, three findings made by Zhejiang University researchers were included in the Ministry of Science and Education’s 14th edition of China’s Top 10 Scientific Advances. These advances included the discovery of the neural mechanism behind depression, a technique for imaging intracellular interactions at the nanoscale, and a new approach to modulating plant growth for sustainable agriculture.

Home to the Shanghai Medical College, one of China’s oldest medical schools, Fudan University has built a formidable legacy in the life sciences over the last century.

In 2018, Fudan University researchers teamed up with colleagues in Shanghai to launch Phase 1 of the International Human Phenome Project. The project aims to build a large database of human phenotypic data, which will be used to develop more personalized medical treatments.

As one of the Chinese government’s elite C9 League, Shanghai Jiao Tong University (SJTU) is a leader in life sciences research.

In 2019, SJTU researchers were part of an international team that developed a new approach to evaluating the safety of genome-editing tools. Published in Science, the paper was mentioned by 227 Twitter users and 18 online news outlets.

Named after a physician who became the first president of the Republic of China, Sun Yat-sen University (SYSU) was founded nearly 100 years ago. Since 2017, it’s made significant gains in its high-quality life sciences research.

SYSU is comprised of five campuses spread across Guangzhou, Zhuhai, and Shenzhen and 10 affiliated hospitals, including the Sun Yat-sen Cancer Center, which was ranked among the top 50 healthcare institutions in the world in the Nature Index 2019 Annual Tables.

The most talked-about recent advances involving SYSU researchers include the use of genetic data to predict potential life expectancy (eLife, 2019) and new insights on the role of gut microbiota on schizophrenia and depression (Science Advances, 2019).

The university’s presence is also rising in the life sciences, with its Share in the discipline increasing by more than 25% since 2017.

Backed by more than 100 Chinese Academy of Sciences institutes, UCAS is the country’s largest graduate education institution. It is home to 25,852 doctoral students, 11,737 supervisors, and around 3,000 professors.

In 2018, a Chinese team involving UCAS researchers created mice from two male parents for the first time. Published in November in *Cell Stem Cell*, the paper caught the attention of nearly 170 online news outlets and more than 870 Twitter users.