The rise and rise of China. 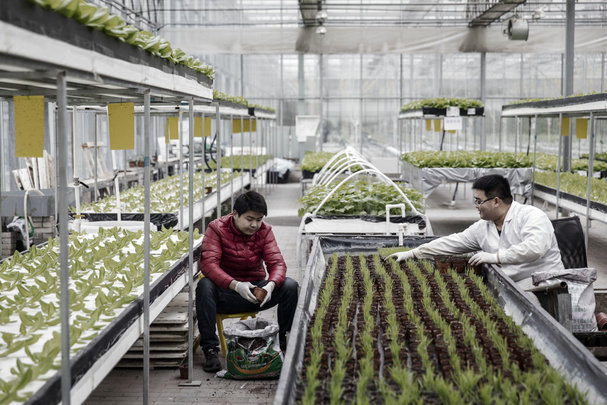 Researchers transplant rice seedlings in a greenhouse atop the Chinese Academy of Agricultural Science building in Beijing.

China is the biggest producer of high-quality life sciences research in the Asia-Pacific region.

While Japan, Singapore, and Taiwan produced fewer articles in the Nature Index journals between 2017 and 2018, Australia and South Korea are gaining ground, their outputs growing by 7.8% and 5.6%, respectively, over the same period.

Indonesia (ranked 10th) experienced by far the biggest growth in output, increasing 21.1% in just 12 months. Its output, though, is much lower than other places among the top 10, and less than half that of its closest competitor, Thailand.

Taiwan’s output has dropped by more than 15% since 2017, representing the largest decline among the top 10.