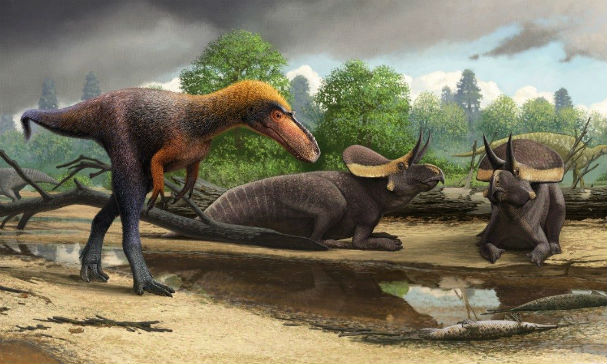 May brought with it some extraordinary science, from newly discovered remains of ancient humans and even more ancient dinosaurs, to the development of synthetic bacteria.

But the top performers of them all ran the gamut of the calamitous to the comical, with climate change predictions and thermostat wars among the most talked-about studies.

Here's Altmetric's ranking of the five most discussed studies in the natural sciences last month.

The fate of many small island states came into serious doubt, as top climate scientists published a paper suggesting that sea level rise could displace millions of people within just two generations.

The team, from the University of Bristol in the UK, Princeton and Rutgers in the US, and Delft University of Technology in the Netherlands, used a method called Structured Expert Judgement to collate the predictions of 22 climate experts. The results, they said, were "sobering".

The paper was a hit on Twitter, amassing more than 1,000 tweets, and was covered by more than 200 news outlets.

2. Battle for the thermostat: Gender and the effect of temperature on cognitive performance

Workplaces around the world no doubt erupted into debate over the results of this study, which finally put some hard evidence behind what we've always suspected to be true: women generally prefer higher indoor temperatures than men.

Working with more than 500 German university students, Tom Chang from the USC Marshall School of Business in the US and Agne Kajackaite from the Social Science Research Center Berlin in Germany found that the female group tended to perform better on maths and verbal tests when the room temperature was warmer, whereas the males performed better on these tests at lower temperatures.

The paper was popular among news outlets, social media and bloggers alike, but as of June 25, Altmetrics has tracked no academic citations.

3. A late Middle Pleistocene Denisovan mandible from the Tibetan Plateau

A jawbone at least 160,000 years old unearthed in a cave on the Tibetan Plateau was the first reported evidence of archaic humans called Denisovans being present outside Siberia.

The paper, which was accompanied by some spectacular imagery, was one of the first to use protein analysis to identify an ancient human species, pointing to the tool's huge potential, as protein tends to be preserved better than DNA.

It also revealed that the Denisovians were able to adapt to an altitude of more than 3,200 metres above sea level.

4. Total synthesis of Escherichia coli with a recoded genome

Amassing more than 300 academic citations and more than 5,000 tweets in mere weeks, this paper describes how an international team of researchers was able to completely rewrite the DNA of the bacterium Escherichia coli.

Built from scratch, but with a shorter genome than their non-synthetic peers, the bacteria grew more slowly, The New York Times reported, "but are very much alive.”

5. A mid-Cretaceous tyrannosauroid and the origin of North American end-Cretaceous dinosaur assemblages

Named Suskityrannus hazelae, or Suski for short, this diminutive dino is thought to have been not much larger than the skull of its awe-inspiring cousin, Tyrannosaurus rex, but what it lacked in stature, it made up for in slightly dopey charm.

Uncovered in New Mexico, the fossilised remains of Suski revealed that this new species lived 92 million years ago, well before some of the biggest members of the tyrannosauroid group ruled the world.

Tweets, citations, and other measures accurate as of 17 June 2019.