Where in the world are the subject strengths? 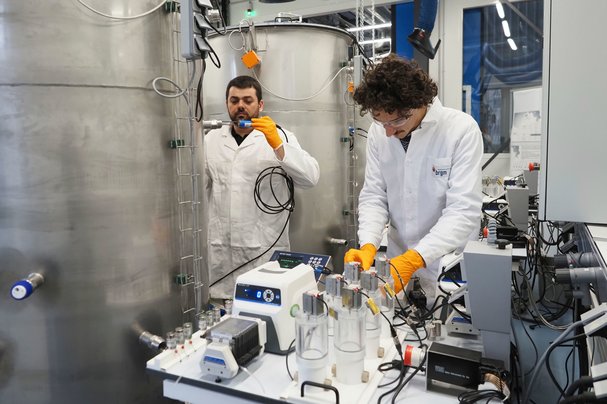 French geological survey (BRGM) scientists use a new simulation platform to understand the transfer of pollutants into soil. France is the only country outside the overall top 5 to break into a top 5 subject ranking.

Since 2015, China is the only country in the top five (United States, China, Germany, United Kingdom, and Japan) to achieve consistent growth across all four disciplines in the Nature Index journals.

The US has maintained its position as the world’s most prolific producer of high-quality research overall, placing first in the global top 10, as well as in the life sciences, physical sciences, and Earth and environmental sciences rankings.

But in the 2019 Annual Tables, China knocked it down to second place in chemistry.

Below is a breakdown of the top five countries in natural sciences research and their performances over time across the four main subject areas.

Mouse over for details on Share+, rank, and year.

China tops the chemistry ranks, closely followed by the US.

China’s Share in the discipline totals 6,183.75, which is nearly double the collective output of Germany (ranked three), Japan (ranked four), and the UK (ranked five).

In the life sciences, the UK remains the second largest producer of articles published in Nature Index journals after the US. But China is quickly catching up.

China surpassed Germany to take third place in the 2019 Annual Tables, after ranking fourth in the subject for the previous three years.

Since 2015, the UK and Japan have been jostling for fourth place in the physical sciences, after the US in rank one, China in rank two, and Germany in rank three.

In the 2019 Annual Tables, Japan surpassed the UK in the discipline for the first time in three years, its Share growing by almost 2% in 12 months.

Although the US, China, Germany, and the UK rank among the top five countries in Earth and environmental sciences research, Japan has remained in eighth place in the discipline since 2015.

France holds the fifth spot, making it the only country outside the overall top five to break into a country top five subject ranking.

+Share, formerly referred to in the Nature Index as Fractional Count (FC), is a measure of a location's contribution to articles in the 82 journals tracked by the index, calculated according to the proportion of its affiliated authors on an article relative to all authors on the article.