One in four said they were not aware of their names being used. 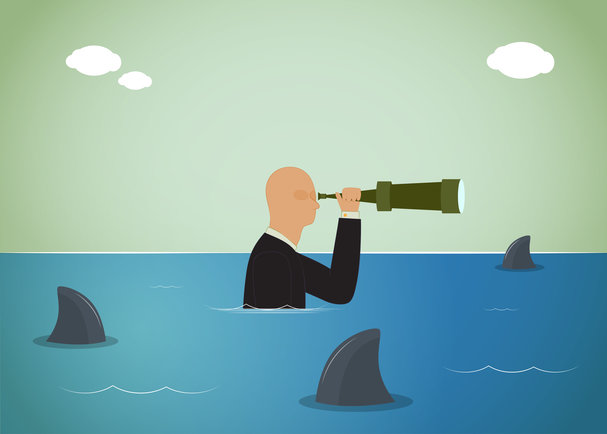 More than 3,700 researchers based at Australian institutions — roughly 7% of the country’s academic community — as of mid-2019 appeared on the editorial boards of journals that are potentially predatory.

That’s the finding of a new study, which examined how often researchers affiliated with Australian universities are listed on the editorial boards of journals with ‘questionable’ reputations.

Conducted by Michael Downes, an independent researcher in Queensland, Australia, the study looked at the 1,165 “potential predatory publishers” identified by librarian Jeffrey Beall on his widely read but controversial blog. The blog was discontinued in 2017, but the list remains online.

According to Downes, one-third of these publishers have disappeared, haven’t thrived, or have become inactive since 2017. In addition to those that remain active, Downes identified 162 journals that he classified as potentially predatory.

From this sample, Downes found that 240 publishers, which he calls “overtly fraudulent”, accounted for up to 90% of the group’s total web traffic.

Some affiliations come as a surprise

As part of the study, which has been published in the journal Learned Publishing, Downes wrote to more than 2,000 researchers identified on the boards of these questionable journals with institutional affiliations at an Australian university.

Around 800 responded, he says, with roughly a quarter saying they didn’t know that their identities and affiliations were being used as “bait to make the editorial boards look important”.

While some researchers are on these boards as a result of identity theft, Downes says, a significant number are aware of being listed but are “in denial” or actively participate in questionable practices.

“Not only are many millions of taxpayers’ dollars being hoovered up by this black market, the reputation of our universities and the public trust in science — including medical science — is undermined when rubbish is allowed to flourish in the ‘peer-reviewed’ literature,” he adds.

Some academics, not just in Australia but elsewhere, have gone “seriously over to the 'dark side'' and collaborated with the worst of the racketeers”, says Downes, although this was not investigated in the study.

The results recall a separate study published in March 2020, which found that hundreds of researchers, most of whom are young and based in low-income countries, have collectively completed more than 6,000 referee reports for more than 1,000 predatory journals – unwittingly or otherwise.

Kelly Cobey, a meta-science researcher at the Ottawa Hospital Research Institute in Canada, who co-authored a 2019 Nature comment article about how to define predatory journals, says it’s problematic that researchers are being listed on the editorial boards of such publications, regardless of whether they are aware of it.

She says the results are particularly striking, as 7% is a sizable proportion of Australian academics, but adds that she does not think the problem is specific to Australia.

Downes agrees that similar trends likely exist in other Western countries, but says he did not study editorial board listings of researchers outside Australia.

Cobey notes that Downes’ methodology, including how the sample journals were chosen (especially those that weren’t listed on Beall’s blog) remains unclear. Predatory journals can be difficult to spot, as some are thought to carry out peer review, at least to some extent.

Jelte Wicherts, who studies research methodology at Tilburg University in the Netherlands, agrees that the process for how Downes selected the journals and publishers was not clearly defined. “Even though I am not overly convinced by the current study, I am not surprised by this result,” he says.

In the study, Downes included an inexhaustive list of criteria that he used to decide whether publishers were “deceptive, fraudulent or otherwise unethical”.

“To be judged so, it was necessary (but not sufficient) that they be guilty of one or more unarguably deceptive practices,” Downes added. Such practices included concealing or misrepresenting the publisher’s identity and “listing fictitious, dead, or non-human editors and listing real, living human editors without telling them”.

The question remains: how can universities, researchers, and reputable publishers thwart the spread of predatory journals?

Downes thinks universities worldwide should agree on a blacklist of “indisputable fraudulent publishers” and devise policies to stop academics from associating themselves with them.

Wicherts prefers the use of ‘whitelists’, like those curated by the Directory of Open Access Journals (DOAJ).

“Institutions and grant giving organizations should consider requiring CV-writing academics to only list editorial positions at (and articles in) DOAJ or otherwise whitelisted journals,” he says.

The downside of those, however, is that they are pay-to-view commercial products, and the methodology behind how these lists are developed and maintained remains a mystery, says Cobey.

A Cabell's International spokesman says its lists' methodology is clearly explained on its website, and that the firm campaigns for "all such metrics to be as transparent as possible."

Editor's note: This article has been modified to incorporate a response from Cabell's International.