How a supervisor-student pair forged a lasting collaboration. 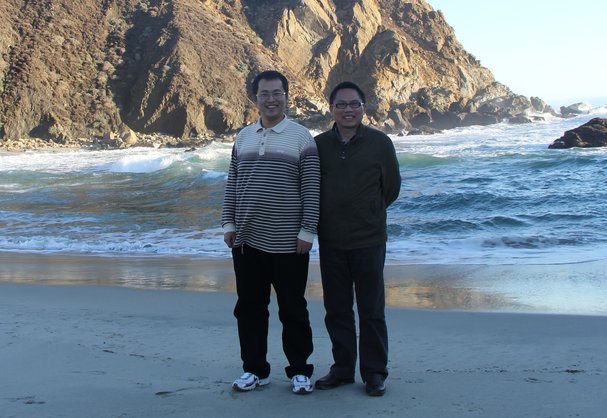 Nanoscientists Chen Chen (left) and Li Yadong have worked together on nanomaterials for over a decade.

The key to a productive collaboration, says Chinese nanoscientist, Li Yadong, is understanding the unique perspective of your students, and finding the right opportunities to work with them throughout their career.

Head of the Institute of Inorganic Chemistry at Tsinghua University in China, Li has been collaborating with his colleague and former student, Chen Chen, for more than a decade. Today, they are internationally renowned for their research in nanomaterials.

Li and Chen started working together in 2006 when Chen was a PhD student. In 2015, after spending three years at the Lawrence Berkeley National Laboratory in the United States, Chen returned to Tsinghua, where he accepted an associate professor position in the Department of Chemistry.

In 2019, Chen received a prestigious Natural Science Foundation of China grant for distinguished young scientists to continue his research into the design and mechanisms of nano-catalysis – the use of nanoparticles to catalyze reactions. Awarded to high-performing scientists under 45 years old, the NSFC hands out 300 such grants each year.

Li does not hide how proud he is of Chen’s early success as a young researcher.

“My principle is to let students test new areas and explore new expertise. After three years’ work at the world’s top lab, his vision has been greatly broadened, enabling us to expand to broader collaboration.”

Between 2006 and 2019, Li and Chen co-authored 99 papers, including 54 chemistry articles in high-quality journals tracked by Nature Index, including Nature Communications, Angewandte Chemie International Edition, and the Journal of the American Chemical Society.

They have cultivated one of the largest publishing networks in chemistry in Nature Index journals, and are a leading scientific duo in the field.

Catalysis involves using one or more substances, known as catalysts, to increase the rate of a chemical reaction.

Nanocatalysis emerged in the early 2000s, as scientists increasingly used nanomaterials as catalysts for a variety of applications, such as water purification, bio-diesel production, and improving solar energy conversion efficiency.

The strategy developed by Li’s and Chen’s teams at Tsinghua University is to design the delicate structure of a nanomaterial that can be used for catalysis, and then push the scale of that material to 0.1 nanometers – roughly the size of a single atom (1 nanometre equals 0.000001 millimetre).

“We have developed state‐of‐the‐art methods and characterization techniques for nanoparticles that form the basis of many applications, including nanocatalysis,” says Li.

In a 2019 Nature Communications paper, a team co-led by Li’s and Chen’s labs describes the development of a highly active and durable ‘nano-netcage’ catalyst.

Nano-netcages are three-dimensional cube-shaped structures with a hollow and porous structure. This allows for larger interfacing areas between the nano-netcage (catalyst) and the substrate (reactive) molecules, drastically boosting catalysis efficiency.

The paper describes how the team’s particular nano-netcage structure can be used to drive high-efficiency water electrolysis – passing an electric current through water to split it into oxygen and hydrogen components.

The process could offer a viable way to store solar and wind power in the form of hydrogen fuel.

How to mentor high-performing young researchers

When it comes to forging lasting ties with students, Li says it’s important for senior researchers to know when to step back and support their younger colleagues in leading their own teams, and when to front up.

Where there are technologies that have the potential to be commercialized, for example, Li often opens the conversation with venture capitalists to give his students’ projects a head-start.

“My role is to offer such support, enabling young researchers to charge into the frontline of pioneering research, while also ensuring a safer route,” says Li.

Li has five pieces of advice for senior researchers who want to develop more productive, long-term collaborations with former students: