These 5 EU countries are the UK’s top research partners 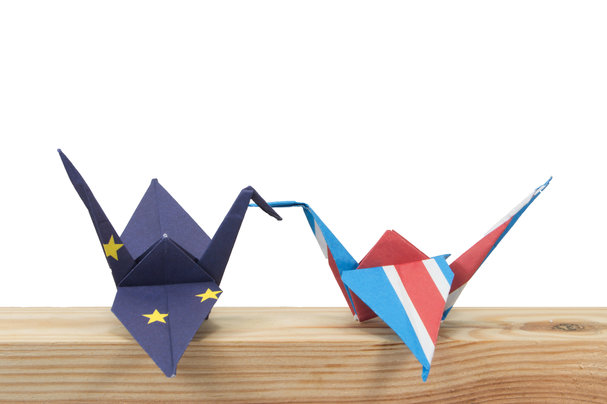 The United Kingdom is a formidable partner in high-quality research output, particularly with its neighbours in the European Union.

Germany, France and Switzerland take the top three spots in the Nature Index as the UK’s favoured European teammates, as measured by their bilateral collaboration score, which is derived by combining the fractional counts of articles with authors from both countries according to their share. In this instance fractional count measures each country’s contribution to their collaborative articles published in journals tracked by the index.

The UK’s University of Oxford, the University of Cambridge and Imperial College London lead the way in prolific partnerships with European institutions.

But ongoing Brexit negotiations have cast a shadow over the future of UK-European research partnerships.

Below are the top UK-EU collaborative partnerships as tracked by the Nature Index.

The third most prolific country in high-quality research in the world, Germany is also the UK’s favoured European research partner.

The countries’ top institutions, the University of Oxford and the Max Planck Society, are frequent scholarly collaborators.

Last year, researchers at the Max Planck Institute for Evolutionary Anthropology led a study with Oxford scientists that revealed genetic evidence of interbreeding between Neanderthals and Denisovans. Published in Nature, the paper was among the top five most-talked about articles in 2018 in both Germany and the UK.

While France’s plateauing research budget will remain flat in 2020, the country continues to be a strong player in the natural sciences, with chemistry, physical sciences and life sciences accounting for roughly equal shares in its high-quality output, followed by Earth and environmental sciences.

France’s top institution, the French National Centre for Scientific Research (CNRS), makes up around 30% of the country’s overall research output in the 82 journals tracked by the Nature Index.

More than half of CNRS’s collaborations are with foreign institutions, two of which are in the UK. The University of Cambridge is the CNRS’ third most frequent research partner, following the Helmholtz Association of German Research Centres and Max Planck Society.

Home to the likes of pharmaceutical giant F. Hoffman-La Roche AG and physics behemoth, CERN, Switzerland is no stranger to producing high-impact research on the world stage, an impressive feat for a nation of just 8.4 million.

Although Spain’s economic downturn and lack of research funding have slowed its scientific output in recent years, the nation continues to be a solid teammate for the UK.

The Spanish Research Council (CSIC) accounts for almost one-fifth of Spain’s overall output in the Nature Index journals. It counts the University of Cambridge and Imperial College London (ICL) among its strongest research partners in the UK.

Earlier this year, researchers at ICL and CSIC were part of an international team that found that chytrid fungus had wiped out 90 amphibian species in just 50 years. Published in Science, the article was Spain’s second most talked-about paper online from July 2018 to June 2019.

With the National Institute for Nuclear Physics (INFN) and National Research Council (CNR) leading the way, Italy has grown to be a top performer in the physical sciences, which makes up nearly half of its output.

The UK’s top-ranked institution in the Nature Index, the University of Oxford, counts INFN among its most frequent European partners after Helmholtz, CNRS and Max Planck Society.

In 2018, Italian and UK researchers co-authored an international Nature paper revealing that plant-based diets, improved farming practices and cutting food waste in half will be required to feed ten billion people by 2050.