The cost of staying put

In academia’s great migration, some researchers are at a disadvantage. 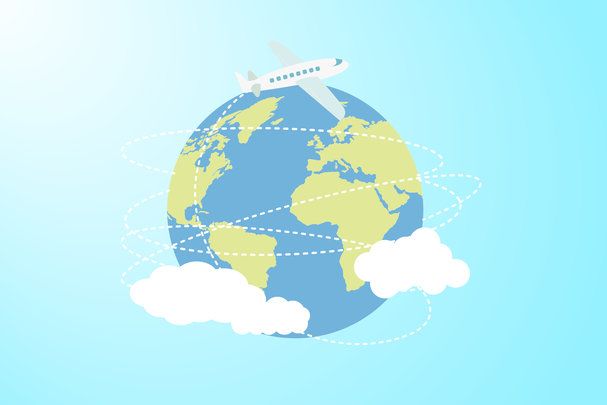 Many research institutions and funding agencies encourage and reward academic mobility, but the benefits are unevenly spread.

“The more that we incentivize and value mobility, we disadvantage those who are unable to move, or for whom mobility brings an extra cost,” says Cassidy Sugimoto, an information scientist at Indiana University Bloomington. That includes women, those with family responsibilities, and researchers in certain fields, such as sociology or history, she says.

“From a policy perspective, we have to ask what it means to force people to move and whether we are providing the accommodations to give all people an equal opportunity to participate in that mobility,” says Sugimoto. “Right now, I don’t think that is the case.”

Sugimoto chaired several sessions on academic mobility at the Society for Social Studies of Science conference in Sydney on 30 August.

Being able to pack up and move to a new country, or even a new city, is highly regarded in science. Several European Research Council grants, for example, support researchers to gain experience abroad. Entire research infrastructures, such as the European Research Area created in 2000, have been designed to facilitate the circulation of scholars and ideas. These initiatives are based on the premise that travel exposes researchers to new ways of thinking and expands their networks to the benefit of knowledge production.

They also seek to deter closed circuits, says Richard Woolley, a sociologist at Ingenio (CSIC-UPV), Polytechnic University of Valencia, describing a situation whereby a researcher moves up the ranks, from PhD student to post-doc to junior lecturer, within the same department. “The view of most supervisors is that their researchers should go out into the world, and if they are ever going to come back, they will bring with them enriching experiences and techniques,” he says.

Mobile researchers are also rewarded from a citation point of view, says Vincent Larivière, an information scientist at the University of Montreal. In an analysis of 14 million papers published between 2008 and 2015 by close to 16 million individuals, Larivière, Sugimoto and their colleagues found that scientists who move country have an average 40% higher paper citation rate than those who do not.

While putting a premium on mobility is not new to academia, some of its troubling effects are becoming more apparent as the scientific workforce diversifies, says Sugimoto. In an unpublished analysis of a 2008 cohort of scientists, Sugimoto found that 5.5% of female researchers have changed academic affiliation at some point in their careers, compared to 6.6% of male researchers. Of those who had made a move, 34.7% of the women tended to be migrant researchers who begin publishing in one country and then make a permanent shift to another country. A higher proportion of the men (37.8%) fit this category.

The gender divide of mobility is corroborated by several other studies. Woolley analysed data from the European Commission’s MORE2 survey of researcher mobility patterns and career paths. Unpublished results suggest that, on average, female researchers time their moves earlier in their careers because they anticipate a higher burden from family obligations at a later stage. “They try to establish their international profile earlier in their career,” says Woolley.

While the latest SHE Figures 2016 on gender and innovation in the European Union observed no differences in the mobility patterns of male and female PhD students, a divergence appears post-dissertation. Overall, 25.1% of female researchers in the union moved to another country for at least three months post-PhD, compared to 34.2% of male researchers. The mobility gap was widest in Cyprus, Germany and Finland, with a few countries showing the reverse trend, including Macedonia, Belgium and Switzerland.

“Researchers experience very different pressure to be mobile depending on the country they live in, but also depending on their institutional and disciplinary context,” says Marie Sautier, who is completing her PhD thesis on the comparative geographic mobility of researchers at the University of Lausanne and Sciences Po Paris.

While scientists in the United States encounter few incentives to go abroad for long stints, Swiss post-doctorate researchers are under great pressure to travel abroad, supported by generous institutional and national funding programmes. In Switzerland, there is a “perceived mandatory character of mobility,” says Sautier, who has met researchers, both male and female, who quit academia because of the pressure to be mobile and its conflict with family arrangements.

International mobility trends also vary substantially across fields, says Grit Laudel, a sociologist at Technical University Berlin. “This is important insofar as there is a strong expectation to be internationally mobile which is not equally useful in all fields,” she says.

In an investigation of resumes from almost 700 German researchers in three research fields, she found that while only 18.5% of early modern historians had a stint abroad during the first nine years after completing their PhD, the rate of international travel was higher for plant biologists (47.6%) and experimental physicists (67.6%).

Ultimately, says Woolley, the premise that mobility drives success is yet to be proven. “Are you mobile because you are good, or are you good because you are mobile? That is something we don’t know the answer to,” he says.