The top 10 institutions for physical sciences in 2018

These institutions were the largest contributors to physical-science papers for 2018 published in the 82 leading journals tracked by the Nature Index. 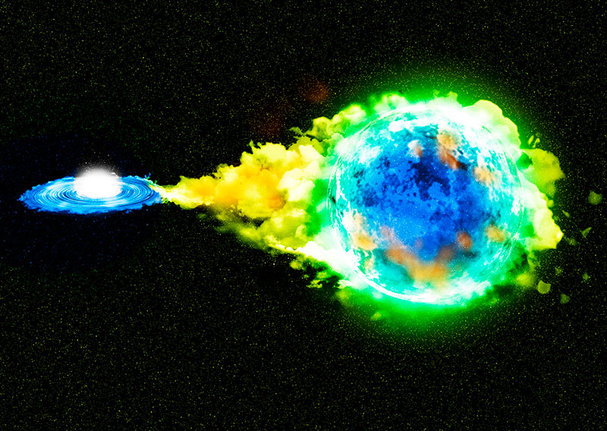 Peking University and the University of Cambridge dropped out of the top 10 for physical sciences in 2018, while the Swiss Federal Institute of Technology Zurich (ETH Zurich) jumped from 13th place in 2016 to ninth for 2018.

Tsinghua University held tenth place for the second year in a row.

Leading institutions from China, France and Germany have held the top spots in physical sciences for three years in a row.

The world’s largest research organization, the Chinese Academy of Sciences (CAS) has retained first place in this category for four consecutive years as the number one producer of high-quality research in the physical sciences, as tracked by the Nature Index.

“The size of our research body determines CAS’s top position,” says Liu Wuming, a leading physicist at the CAS Institute of Physics.

According to Liu, the institute has a team of more than 2,000 researchers — ten times of that of universities with leading physical sciences research, such as the University of California, Berkeley.

"More importantly,” adds Liu, “we have stable funding to support long-term research, such as in superconductivity. In Western universities, professors often have to pursue grants that are in ‘hot’ areas at the time.”

Named after the Nobel prize-winning creator of quantum theory, the Max Planck Society's strength in physical sciences began in the first half of last century. Today, it maintains second position in the physical sciences top 10 for the third consecutive year.

The German powerhouse is an international team player, with foreign institutions accounting for more than 70% of its research partnerships. The Max Planck-Princeton Research Center for Plasma Physics facilitates research collaboration between physicists in Germany and the United States. Founded in 2012, the group seeks to answer questions in magnetic reconnection, energetic particles and plasma turbulence.

In 2018, Max Planck researchers were part of a large global team that observed the creation of a neutron star binary system for the first time. The Science paper was covered by more than 30 news outlets.

Its physics research is split between the Institute of Physics in Paris and the National Institute of Nuclear and Particle Physics, which encompasses several labs housed by universities across France.

Soon after establishing the Massachusetts Institute of Technology (MIT) in 1861, its founder, William Barton Rogers, said that students of physics would be called on “to execute with their own hands various experiments in mechanics, pneumatics, sound, optics, electricity, and other branches of experimental physics.”

This hands-on approach, revolutionary at the time, is now common in institutions the world over. It has seen MIT physicists push the boundaries of knowledge of space, time, matter and energy.

The Department of Physics has 75 faculty members, 280 undergraduate majors, and 245 graduate students.

Some are currently teamed up with researchers at the Charles Stark Draper Laboratory, also in Cambridge, Massachusetts, to develop a new space boot with built-in vibrating sensors and motors to guide the wearer around obstacles.

In 2017, notable MIT physicist, Rainer Weiss, won the Nobel Prize in Physics with collaborators Kip Thorne and Barry Barish at the California Institute of Technology (Caltech) for their observation of gravitational waves and contributions to the Laser Interferometer Gravitational-Wave Observatory (LIGO) detector.

One of the founding departments at Stanford University, the physical sciences quickly became one of the university’s strongest disciplines, thanks largely to the arrival of its first professor of theoretical physics, Felix Bloch, who would go on to make transformative discoveries in electron transport, ferromagnetism and nuclear magnetic resonance.

The Stanford Linear Accelerator Center's (SLAC) particle accelerator, running since 1967, now houses the world’s most powerful X-ray free-electron laser. More than 2,700 scientists from around the world use the lab’s facilities each year, and more than 700 scientific papers are published annually based on research at SLAC.

Notable physics alumni include Sally Ride, the first American woman in space, and Richard Taylor, among the recipients of the 1990 Nobel Prize for the discovery of quarks.

The University of Tokyo's Department of Physics is one of the world’s largest. New materials science, condensed-matter theory, physics in extreme conditions, and advanced spectroscopy are among its specialist areas.

Its physicists have made notable contributions to fundamental understanding of neutrinos and semiconductor materials, and in 2015 contributed to discovering the composition of the giant, subterranean ocean on Saturn’s moon, Enceladus.

In 2017, the university's physicists were involved in recording the first observation of light being scattered by light at the ATLAS experiment at CERN (the European Organization for Nuclear Research). Published in Nature Physics, the work revealed new insights into the properties of matter.

In 2015, the Nobel Prize for Physics went to Takaaki Kajita, director of the University of Tokyo's Institute for Cosmic Ray Research, and Canadian physicist, Arthur McDonald, for research that proved the existence of neutrino mass and oscillation.

Kajita said at the time, "I want to thank the neutrinos, of course. And since neutrinos are created by cosmic rays, I want to thank them, too." Kajita researched under Nobel laureate, Masatoshi Koshiba, at the University of Tokyo, known as one of the founders of neutrino astronomy.

Ranked second overall in the Nature Index Annual Tables 2019 and first in the life-sciences category, Harvard University is a force to be reckoned with when it comes to high-quality research output. It’s also ranked seventh in the top 10 physical-sciences list for 2018.

The Department of Physics, chaired by quantum-materials expert, Subir Sachdev, has 10 Nobel Prize winners to its name.

Star researchers include Lisa Randall, previously named one of Time Magazine's' most influential people, and among the most-cited theoretical physicists in the world. She has been credited for her contribution to the Randall–Sundrum models, a class of string-theory-inspired models that involve an extra dimension in space, and the hypothesis that dark matter may have indirectly led to the extinction of dinosaurs.

Astronomer Alyssa Goodman, principal investigator of the COMPLETE Survey of Star-Forming Regions — a map of the vast star-forming regions in our galaxy — was named Scientist of the Year by the Harvard Foundation in 2015.

With 19 research centres throughout Germany, the Helmholtz Association of German Research Centres is the country’s largest scientific organization. A large proportion of the institution’s high-quality research is in the physical sciences, with papers in the field accounting for more than 30% of its output in 2018.

Martin Wegener, a physicist at Karlsruhe Institute of Technology — an affiliate of Helmholtz — says that working at the organization has helped his research become “more accessible to a broad range of scientists”.

When Wegener began working on 3D laser nanoprinting, his focus was publishing in high-impact journals, but after recognizing the commercial value of his research, he and his colleagues filed patents, founded Nanoscribe, and began collaborating with chemists and life scientists.

Last year, Helmholtz researchers were part of an international team that designed a new type of qubit — a unit of information in quantum computing. The new device uses superconducting nanowires that transmit information without breaks.

The findings, published in Nature Physics in April, are an important step towards a universal quantum standard for the electric current.

With nine Nobel Laureates in physics, including Albert Einstein and Wolfgang Pauli, the Swiss Federal Institute of Technology Zurich (ETH Zurich) has built a legacy of pioneering research in the physical sciences, which accounts for more than one-third of its output in the Nature Index.

A focus on scientific merit rather than bibliometric indicators has fostered a culture that invests in long-term results, says Rainer Wallny, who heads ETH Zurich’s Department of Physics. “Our approach is built on autonomy and responsibility. We trust our researchers and give them a lot of freedom.”

Collaboration, both within and outside the university, is also a central focus. Wallny’s research group is contributing to the Compact Muon Solenoid experiment at the Large Hadron Collider in Geneva. As well as analyzing data, the team is also working on the upgrade of the pixel detector, which tracks high-energy particles.

Established in 1926, the Department of Physics at Tsinghua University was one of China’s first, and of its faculty members today, ten are members of the Chinese Academy of Sciences. The department covers four major research areas: condensed-matter physics, optical physics, high-energy physics, and astrophysics.

In recent years, the department’s most remarkable work is the first experimental observation of the quantum anomalous Hall effect, which studies electron movements. Led in 2013 by Xue Qikun, Tsinghua’s current vice-president, the study won first prize in the 2018 National Natural Science Award of China.