Australia shines; the US, not so much. 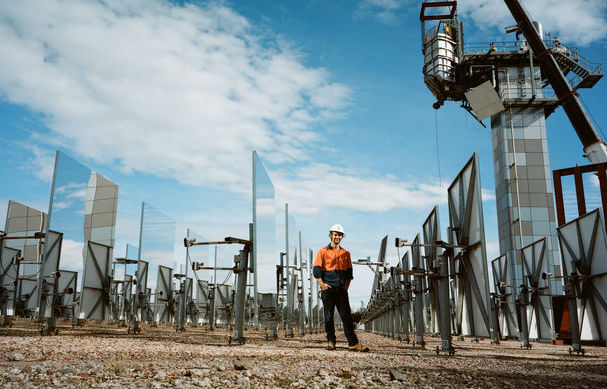 Australian researchers are the most productive of all the G20 nations.

New scorecards produced by Clarivate to coincide with the recent G20 summit in Osaka, Japan, reveal the impact of the research carried out by some of the world’s most prosperous economies.

The G20 countries were responsible for 70% of global research papers tracked by Web of Science over the past three years. They represent two-thirds of the world's population and employ 87% of researchers globally.

Nine of these nations also appear in the Nature Index Top 10 Countries/Territories table, which measures output in high-quality journals.

Australia, which knocked Spain out of tenth place this year in the Nature Index, is punching well above its weight, as highlighted by the G20 scorecards.

Below is a breakdown of the 10 most interesting insights from the report.

You can read the full report here.

1. Australian researchers are powerhouses of productivity

Australian research output has doubled over the past decade – a steep increase that is the most pronounced of all the G20 members, though it is now plateauing. Its researchers are producing a remarkable number of papers between them, well above the G20 average.

As Times Higher Education reports, the country puts each US$1 million of funds into about 3.5 research papers, which is well above the United States' efficiency rating of less than 1 research paper per million.

2. Argentina has the highest proportion of female scientists

At 53%, Argentina boasts the highest percentage of female scientists of the G20 nations (although about half of them are data deficient in this area).

Japan, with 16.2% female researchers, has the lowest proportion, and by a large margin – the average among the G20 countries is 34% (with the caveat that many countries, including the US and Canada, are data deficient and hence not counted).

3. Japan's researchers are struggling to produce

In stark contrast to Australia, output per researcher in Japan is well below the G20 average, as is the country's value for money.

While increasing global connections is a priority for the country, around 30% of papers analyzed in the report have international co-authors, compared with Germany’s 54.4%.

4. The UK rules on papers

5. US output and impact are in decline

While R&D expenditure in the US remains high, research impact and collaboration are in decline, both domestic and international. Researcher output has fallen below the G20 average, and citation impact lags behind the UK.

Even so, the US looms large in producing high-quality research, and remains the dominant force in the Nature Index.

6. Indonesia is one to watch

Research output for Indonesia might be small compared to many of the G20 countries, but it’s increased threefold in a decade, across all disciplines. Its international connections are a strength – more than 75% of this output is internationally collaborative.

The graph below says it all. Over the past decade, China's research output has advanced by leaps and bounds.

But, unlike Australia, whose efficiency stands out among the group, China's output compared to its research spending is below average for the G20 group.

It might be underperforming in terms of productivity, but Japan is not lacking in novel ideas. When comparing the number of patents per business enterprise R&D spending (BERD), Japan counts 3,420.9 over the past year – the highest of all the G20 nations.

9. South Korea is spending a lot of money on research

The GERD/GDP looks at gross domestic expenditure on R&D (GERD) as a percentage of GDP. At 4.55%, South Korea’s GERD/GDP is exceptionally high.

The report notes that South Korea’s high expenditure has so far not been translated into output, where productivity is well below G20 averages.

While big players such as Germany and the US are below the G20 average for open access publishing, they are showing an increase in output.

Meanwhile, countries like Mexico, Saudi Arabia, South Africa and South Korea have embraced it across all disciplines.