Swapping burgers for beans: an unusual experiment reveals another pitfall of Western diets 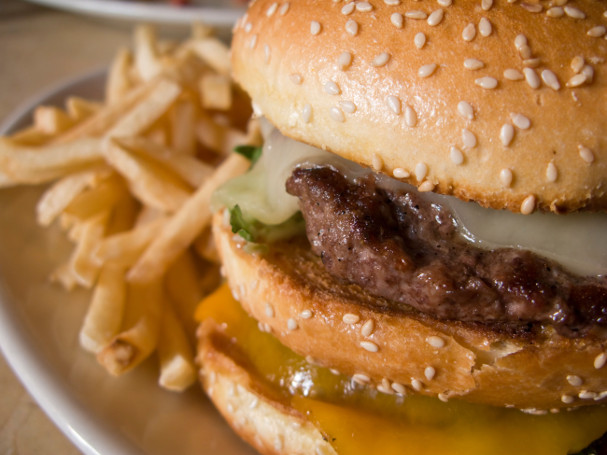 A ground breaking colon cancer experiment that swapped the burgers-and-fries diet of African Americans with the traditional fare of rural South Africans was sparked by a chance encounter.

When Stephen O’Keefe bumped into his former colleague Keith Newton in 2005 at a major global conference for gastrointestinal specialists, neither could anticipate what would come of the reunion.

Ten years later, in April 2015, the pair published in Nature Communications a landmark paper, which detailed how swapping the diets of rural Africans and urban African Americans changed both groups’ gut microbiology and their risk of colon cancer.

O’Keefe, a professor of nutritional gastroenterology at the University of Pittsburgh in the United States, had not seen Newton since the two worked together in Cape Town during the mid-1980s. But O’Keefe had an idea that he thought might interest Newton, who had just joined the University of KwaZulu-Natal in South Africa after some time in private practice.

O’Keefe, born in Johannesburg and raised in Zambia before training in the United Kingdom and the United States, had studied the gastrointestinal health of poor communities during his time in South Africa in the 80s. Although black South Africans had many health issues—including high rates of malnutrition—there was one respect in which they seemed to have an advantage. “If we did colonoscopies in Africa it was rare to find colon cancers and polyps,” he says.

He found the opposite true for African Americans. “In the US, nearly every middle-aged patient that you screened would have pre-cancerous polyps.” This got O’Keefe thinking about the role of diets on cancer risk.

“You don’t have to be a scientist to see how different a Westernized diet is from that of rural Africans,” says O’Keefe. Dietary fat intake of African Americans is two to three times higher than that of rural Africans, while their fibre intake is about a third of the Africans’. Epidemiological studies show that communities with a high fibre intake have a lower risk of colon cancer.

To test the idea that diet was the key to the difference in cancer risk between the two populations—as opposed to environmental factors, for instance—O’Keefe wanted to do something completely novel: swap the diets of a group of African Americans with a group of rural South Africans, and see what it did to their guts.

He proposed the idea to Newton and the pair set about designing the experiments, which would be conducted under strictly controlled circumstances. Participants would live under the surveillance of the researchers for two weeks. The rural Africans would be fed a diet of burgers, hotdogs, and macaroni and cheese, while the African Americans would tuck into beans, maize porridge, rice and vegetable stews. In Pittsburgh, O’Keefe had access to a medical research unit with beds and kitchens. They started with five participants a year, adding up to a total of 20 participants over the course of the experiment.

In South Africa, however, finding a suitable location was not easy. In many places Newton found communities had already started shifting to a more Westernized diet. In the end, they ran the experiment out of a remote backpacker’s lodge outside a village called Ngwelezana in northern KwaZulu-Natal. The owners, who worked closely with the surrounding communities caring for children orphaned by HIV/AIDS, were trusted by the locals—a crucial ingredient for the project to succeed.

Recruiting participants was not difficult—especially in a poor community of South Africa, where a paid stay in a warm bed with regular meals seemed like a great deal in return for a few medical tests. Both groups tolerated their diets well, although the Africans, who at first were delighted with their tasty junk food, reported craving their traditional fare after a few days.

The results of the groups swapping diets were astounding. After only two weeks, the gut flora of the 20 rural Africans had shifted significantly towards that seen in the cancer-prone African Americans, and vice-versa. The implications for rural African communities are big, says O’Keefe, who is now studying whether giving fibre supplements to Eskimos can cut their very high colon cancer risk.

“If we can keep up the fibre intake in Africans during the transition to Westernization, then hopefully we can prevent the massive increase in colon cancer that we’ve seen in other parts of the world,” he says.