There’s no one way to 'game the system'. 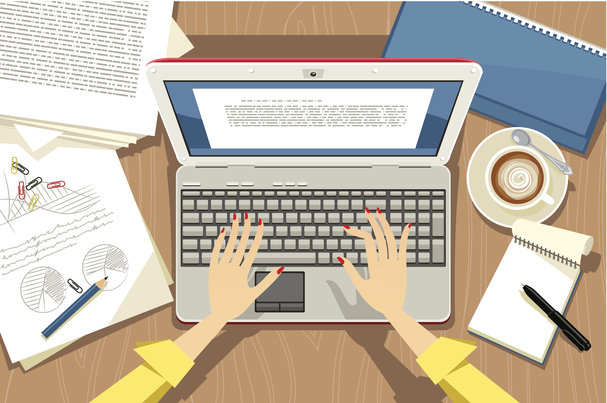 Citations remain an important – if controversial – metric for academics, and no matter who you ask, more is always better.

A major argument against using citations as a measure of a researcher's impact, expertise or value is that it’s not an exact science. Citation practices are known to be imperfect. Their flaws also affect the reliability of the journal impact factor (JIF) – a metric so widely used for professorial evaluations, it’s said to shape academic behaviour.

As researchers investigate the systems underlying citation counts, patterns have emerged in the data suggesting factors that might affect how often a particular paper is cited.

The studies reinforce advice on the best practice for publishing: how you write your paper and where you put your data matters.

1. Watch your title length and punctuation

The impact and influence of research papers can be adversely affected by long titles, too many authors and poor punctuation, a 2016 study in the journal Scientometrics suggests.

Based on a review of more than 150,000 papers submitted to the UK’s Research Excellence Framework (REF) database in 2014, University of Bath economics professor, John Hudson, found that articles with more succinct titles had higher citation counts, as did those with fewer authors.

“Evidently asking the reader a question is not an optimal strategy,” Hudson told Nature Index.

2. Take advantage of preprint servers and release your results early

Some researchers fret about putting their results on social media ahead of publication, for fear of having their unfinished work criticized, or perhaps even having their ideas stolen.

Both of those outcomes are highly unlikely, says Mark Carrigan, a digital sociologist from the University of Cambridge. Far more important than keeping your work close to your chest, he says, is finding people to engage with it.

A team led by Nicholas Fraser, a bibliometrics researcher at the Leibniz Information Centre for Economics in Germany, recently found that papers that had been submitted to the biology pre-print repository, bioRxiv, prior to being published in a peer-reviewed journal garnered more citations on average than those without preprints.

This citations-boosting effect was found to continue for at least three years after journal publication.

3. Avoid mentioning a country in your title, abstract or keywords

This conclusion, the result of an analysis of 456,710 publications published between 2004 and 2011, suggests that country-level studies may be less appealing to the international community compared to broader studies on the same subject.

The study was led by team at the National Research Council of Italy's Laboratory for Studies in Research Evaluation and published in Scientometrics in 2017.

4. Link your paper to the supporting data in a freely accessible repository

The concept of FAIR data – Findable, Accessible, Interoperable and Reusable – is increasingly being endorsed by scientific institutions, including the US National Academies of Science Engineering and Medicine, the European Commission and the Wellcome Trust.

As one of the authors, Iain Hrynaszkiewicz, formerly head of data publishing at Springer Nature and now a publisher at PLOS, tweeted:

We classified the data availability statements of more than half a million papers @PLOS & @BioMedCentral. Linking papers to their supporting data in a repository was associated with on average a 25% increase in citations. Preprint: https://t.co/12fttvSQnZ All data & code open https://t.co/tSQxQfjCkG

Can hyphens in a paper’s title single-handedly affect its citation count in Scopus and Web of Science, the world’s leading citation indexing systems?

Published in the journal IEEE Transactions on Software Engineering in May, the study found that when citing authors forgot to include hyphens in the titles of papers they cited, it adversely affected their citation counts.

"Our results question the common belief that citation counts are a reliable tool to evaluate the contributions and significance of papers, and challenge the practice of using JIFs as a valid evaluation tool for journals," the authors told Nature Index.

The study proved controversial, when Web of Science Group refuted the findings.

The A to Z of paper authorship