This scientific partnership could fight everything from blood diseases to HIV. 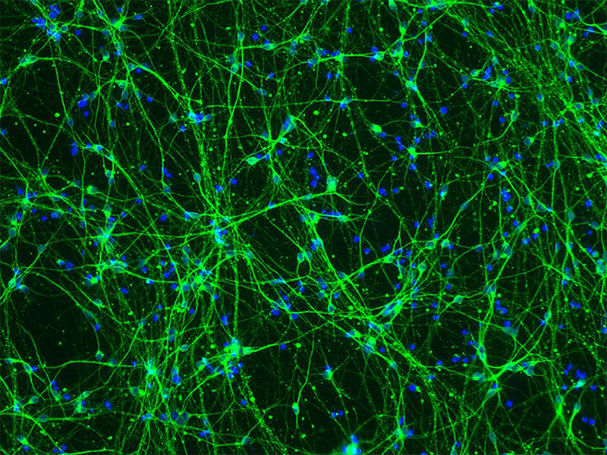 Aside from a 20-second exposure to the outside world at birth, David Vetter spent his entire life cocooned in plastic. Afflicted by severe combined immunodeficiency or SCID, a hereditary disease that severely compromises or destroys the immune system, the ‘boy in the bubble’ was exquisitely vulnerable to infection. Eventually, a latent virus hidden in a bone-marrow transplant killed him in 1984 at the age of 12.

Until a few years ago, a bone-marrow transplant from a matched donor was the only hope that children such as David had of achieving a normal life. Now, two rapidly advancing areas of medicine — stem-cell and gene therapies — are combining to offer what amounts to a cure: a complete reboot of the immune system, free from the genetic mutations that cause diseases such as SCID.

And it’s not just immunodeficiency disorders, or even genetic disorders, that could benefit from the combination of stem-cell and gene therapies. This scientific partnership could fight everything from blood diseases to HIV.

Stem cells are the wellspring from which all cell types emerge. In the past decade, scientists have discovered how to control this differentiation process to allow a stem cell — whether from an embryo (embryonic stem cells) or an adult cell (induced pluripotent stem cells) — to be converted into specialized cells such as nerve cells, blood vessel cells and cardiac muscle.

Stem cells could theoretically be used to replace lost or damaged cells in the brain, which could treat patients with Parkinson’s disease, who experience nerve-cell degeneration in areas of the brain associated with movement control. Stem cells could also be used in the pancreas to treat people with type 1 diabetes, or to repair heart muscle following a heart attack.

At the same time that researchers are improving the efficacy of stem-cell therapy, gene therapy offers the ability to replace mutated genes with healthy copies, or insert genes that have been designed to boost the production of vital proteins. Brought together, these two technologies have enormous potential to both correct pathological genetic mutations, and incorporate those corrections into new cell populations in the body.

“What we have here are two basic components of biology: one is the genetic code and the other is cells as the units of life,” says Doug Melton, co-director of Harvard’s Stem Cell Institute. “If you marry the two, it gives a power of manipulation and control that is truly unprecedented.”

Patching up the genome

The marriage of stem cells and gene therapy has already produced its first commercial progeny. In 2016, a drug called Strimvelis was approved in Europe for the treatment of a condition called adenosine deaminase severe combined immunodeficiency, or ADA-SCID, a form of the disease that afflicted David Vetter.

In patients with ADA-SCID, an inherited mutation in the ADA gene affects the production of the adenosine deaminase enzyme, which is essential for immune-system function. Strimvelis is a form of gene therapy that uses a patient’s own haematopoietic stem cells, the precursor cells for blood and immune cells, to correct this mutation.

In the same way that viruses replicate by injecting their genetic material into living cells, gene therapy uses viruses to insert therapeutic genes into stem cells. For the treatment of ADA-SCID, stem cells are harvested from the patient, and a virus is used to insert a healthy version of the ADA gene. The edited stem cells are then transplanted back into the patient.

Alessandro Aiuti at the San Raffaele Telethon Institute for Gene Therapy in Italy recalls the first patients who were treated with Strimvelis in the early 2000s, and the anxious post-transplant wait to see if the altered stem cells would generate functional, enzyme-producing immune cells.

“I remember the first blood count; we were excited, thrilled by the fact that we started to see the new lymphocytes, or white blood cells, coming out,” says Aiuti.“Then we started to vaccinate them with the measles vaccine, varicella vaccine, and they responded, producing antibodies. This was real proof that they could overcome infection.”

All 18 children with ADA-SCID treated with Strimvelis between 2000 and 2011 survived; in contrast, untreated babies with the disease typically die before age two.

Another class of genetic childhood disorder being treated with a combination of stem-cell and gene therapies are the leukodystrophies: rare, degenerative diseases of the nervous system. In metachromatic leukodystrophy, a genetic mutation causes a deficiency of the arylsulphatase A enzyme, which in turn causes a loss of myelin, an insulating layer that forms around nerve cells. Children who develop the disease in early infancy rarely survive past childhood.

When Alessandra Biffi at the Dana-Farber/Boston Children’s Cancer and Blood Disorders Center in the US became interested in this disease, the hope was that donor stem-cell transplants could repopulate the nervous system with healthy functioning brain cells called microglia, which would produce the missing arylsulphatase A enzyme.

“We tried to think of how to increase the efficacy of this procedure, and we started using a family of viruses called lentiviral vectors to generate patient-derived haematopoietic stem cells that are able to produce higher quantities of the lysosomal enzyme,” says Biffi.

Haematopoietic stem cells are harvested from an affected patient, and a virus is used to insert the arylsulphatase A enzyme gene, as well as another gene that significantly boosts its expression. The resulting cells produce much greater quantities of the missing enzyme when transplanted back into the patient. The treatment has so far been trialled in nine children with early-onset metachromatic leukodystrophy.

“The results have been very positive, in the sense that children who were treated before clinical onset of symptoms have manifested a very mild or even no disease manifestations upon treatment,” says Biffi.

In both of these examples, the altered stem cells have been transplanted back into patients and left to do what they do best, which is make new cells.

Michele De Luca at the Centre for Regenerative Medicine ‘Stefano Ferrari’ at the University of Modena and Reggio Emilia in Italy has gone one step further; his team is using patient-derived skin stem cells to grow skin grafts that have been genetically engineered to fix the mutation that causes the blistering disease junctional epidermolysis bullosa.

In one remarkable case in 2017, this approach was used to treat a young boy whose life was in grave danger after he lost nearly 80% of his skin to the disease. De Luca and his team harvested epidermal stem cells from the child, used a viral vector to insert a correct copy of the mutant gene, and grew skin grafts from the altered stem cells. Once this lab-grown skin was grafted on to the boy’s body, it behaved like healthy skin and showed no signs of blistering.

De Luca stresses that unlike treatments for ADA-SCID and leukodystrophy, this is not a cure for the disease. “We are just taking care of some of the tissues that are involved in the disease by making a gene correction.”

Sickle cell disease has become a prime target for gene therapy, because by simply swapping one amino acid for another in the haemoglobin gene, millions could avoid the debilitating chronic anaemia that results from the disorder.

Preclinical research in mice has shown that CRISPR–Cas9 gene-editing technology can be used to correct the mutated haemoglobin gene in 20–25% of haematopoietic stem cells. Mark Walters of the blood and bone marrow transplant programme at the UCSF Benioff Children’s Hospital in the US says this is almost certainly enough to have strong clinical benefit.

The next step is to test it in humans, and although the risks and side-effects are well known when transplanting a patient’s own cells back into their body, less is known about the potential ‘off-target’ effects of gene editing.

“Besides this targeted sickle mutation, what other areas in the human genome, that’s so huge, might be targeted by the same reagents?” asks Walters.

Because the gene editing happens outside the patient, there is an opportunity to filter out any aberrant stem cells before they are transplanted back into the patient. But that doesn’t guarantee that all of the transplanted cells will be perfect.

“Imagine that it’s a very rare event and it escapes the level of detection of your assays for safety, and it may not manifest for many years after you’ve reinfused that altered cell,” says Walters. “It may take two or three years before you discover that patients are developing leukaemia, so that’s what’s really hard about a new therapy — it really is an experiment in humans.”

Melton and colleagues at Harvard’s Stem Cell Institute are exploring the potential of combining stem cells and gene therapy to not only fix genetic mutations, but to make better cells. His research is focused on tweaking stem cells with CRISPR–Cas9 to generate replacement insulin-producing pancreatic ‘islet’ cells for people with type 1 diabetes.

Here the challenge is to create the right mix of cells, and help them to avoid obliteration by an aberrant immune system that treats all insulin-producing pancreatic islet cells as the enemy. One possibility is to use gene editing to remove the markers on transplanted cells, called the major histocompatibility complex, that red-flag them for the host’s immune system.

The so-called Berlin patient, a man who was cured of HIV in 2008 after receiving a donor stem-cell transplant to treat his leukaemia, showed that it was possible to kick the virus out by infusing an HIV-positive person with stem cells that had a mutated CCR5 receptor. Igor Slukvin and colleagues at the Wisconsin National Primate Research Center in the US have been trying to replicate this effect using CRISPR–Cas9 to edit stem cells.

“You can edit a gene in these cells and make them CCR5-deficient. Then when you make blood cells from these pluripotent stem cells, they remain CCR5-deficient, which means they are going to be resistant to HIV,” says Slukvin.

Human trials are underway for this approach, but the phase I study, which uses a different gene-editing technique to disrupt the CCR5 receptor gene, is yet to report outcomes.

Biffi says stem cells could help gene therapy finally deliver on the potential seen more a decade ago, when expectations for this new technology were so high. “Among the most successful applications of gene therapy that have been reported over the past recent years, many, if not most, rely on the use of haematopoietic stem cells,” she says. “It’s a sense of promise that is finally being met.”