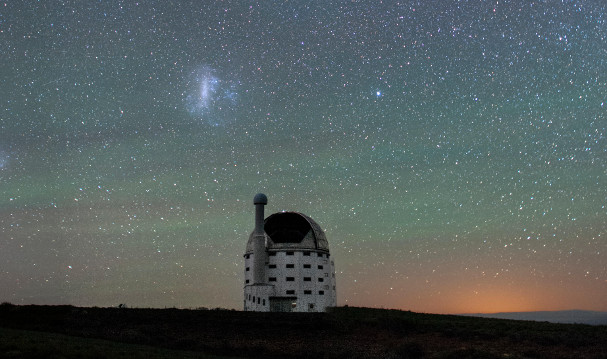 South African researchers are publishing record levels of high-quality research, despite a stagnation in the country’s R&D expenditure since 2010. Between 2012 and 2015 South Africa’s output in journals in the Nature Index grew by more than 40% — largely because of a two-thirds rise in physical sciences research. But, concerns that a slowing economy might mean less funding for research have some scientists worried that the country’s upward trajectory will be hard to maintain. The government is also under pressure to make university education more affordable, which may result in research funding cuts. In October last year violent student protests over rising tuition fees and other issue shut down some of South Africa’s flagship research universities for more than a week.

Some local scientists attribute the country’s research rise to targeted investment in areas in which South Africa has a competitive advantage, especially astronomy. The country’s location at the southern tip of the African continent, and its dry interior offers good views of the southern skies. It hosts the southern hemisphere’s largest optical telescope, the Southern African Large Telescope. The bulk of the world’s largest radio telescope, the Square Kilometre Array, is also under construction in the country. “Increased investment in astronomy is the main driver of any increase in the number of publications in physical sciences in recent years,” says Stephen Fine, an astrophysicist at the University of the Western Cape.
The biggest contributor has been funding related to SKA Africa. Since 2005 South Africa’s government has committed more than $2 billion rand (US $133 million) and awarded more than 400 grants related to the project. In 2015 Fine’s article on counting quasar-radio sources appeared in the Nature Index.

Attracting international researchers to South Africa has also boosted the country’s index performance, says Albert van Jaarsveld, who headed the National Research Foundation, South Africa’s chief public research funder, from 2009 until early 2015. Two programmes launched in the mid-2000s probably made a significant contribution, says van Jaarsveld. Under the South African Research Chairs Initiative (SARChI) and the Centres of Excellence programme, more than 200 senior research positions and 15 centres have been funded in areas such as astronomy, paleontology and theoretical physics. Scientists and research centres are expected to produce a certain number of publications in high-ranking journals, says van Jaarsveld, who is now vice-chancellor of the University of KwaZulu-Natal, based in Durban. Several of these illustrious positions were awarded to foreign researchers or South African scientists working abroad, which has brought new talent into the country, he adds. One of these ‘imported’ researchers is Vishnu Jejjala, an Indian-American physicist who took up the SARChI chair in theoretical particle cosmology in 2011 at Johannesburg’s University of the Witwatersrand. His paper about radiating black holes, published in 2015 in the Journal of High Energy Physics, was included in the index.

A confident outlook for science funding was one of the main reasons Jejjala moved to South Africa five years ago. South Africa’s total research expenditure rose faster than the country’s GDP in the late 2000s, reaching 0.9% in 2006-7. But recent data shows the research expenditure has dropped again, largely as a result of declining industry R&D. “My impression is that finances are getting squeezed,” says Jejjala. By 2014, the last year data was recorded, R&D as a percentage of GDP was 0.73%(about US$1.7 billion), less than half of the 1.5% of GDP that the government has said it wants to spend by 2018/19. There is also an impetus for the government to reduce the cost university education more affordable. Jejjala says his university’s research office has reduced its support for post-docs. “The future funding for research is an issue that I lose sleep over.” Van Jaarsveld says international funding will help fuel South African research in the future. He is positive that the country’s output will continue to expand. “My sense is that the impact of South African science is destined to grow. Our ability to attract international funding will increase over the next couple of years. It has to because government funding will be under pressure,” he says. “There will be funding troughs, but I think that’s just part of the normal business of science.”