Search for industry partners heats up in China's chemistry hotspot

The industrial city of Changchun is losing young researchers to more prosperous cities in the south. 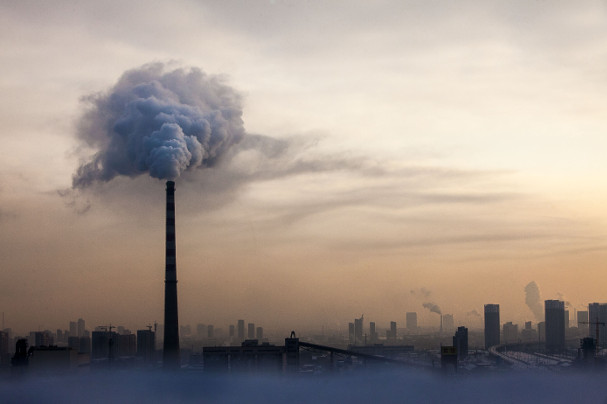 Research papers that result from international collaborations have increased markedly since the Nature Index began tracking papers in 68 top journals in 2012, and Chinese research is no exception. But domestic partnerships remain a large part of the country’s high-quality research output. In fact, partnerships between two Chinese institutions have significantly greater contributions to journals included in the index than partner-ships between a Chinese and an international institution.

The collaborations between institutions in mainland Chinese cities highlight the appeal of Beijing and Shanghai. Institutions in those cities formed the largest number of partner-ships in 2016.

But beyond these metropolises, institutions in smaller cities have expertise that makes them strong collaborators in their own right. In the case of Kunming, the region’s unique biodiversity is a boon for scientists interested in studying plants and ecology. Whereas Changchun in China’s northeast has a long history specializing in chemistry research.

Changchun is sometimes called the Detroit of China. The capital of Jilin province in the northeast has for decades been the country’s unofficial car manufacturing capital.

The city is also a hotspot of chemistry research. The Changchun Institute of Applied Chemistry (CIAC) has been a stronghold in this field since the 1970s. Last year more than 80% of the city’s contribution to high-quality research in the Nature Index was in this field, led by Jilin University and CIAC, the city’s top two institutions in the index in 2016.

Among CIAC’s research divisions are several well-funded state key laboratories and CAS key laboratories. According to the institute’s 2016 annual report, it received about 354 million RMB funding (US$51 million) in 2015.

The CIAC-affiliated State Key Laboratory of Polymer Physics and Chemistry receives about a third of its funding from industry, says director Yang Xiaoniu. His lab, which works on polymer structure and properties, secures even more industry funding, between 50 and 70%. In 2014 CIAC established a new company, Changchun A & Z Science Co, to manufacture a new type of water lubricating bearing, based on Yang and his team’s research.

Yang’s research has had mixed success. His work on an efficient, cheap to manufacture variety of solar cells, known as donor–acceptor copolymer solar cells, has yet to achieve commercial reach, despite significant investments of time and money. “Commercialization of research is very risky,” he says.

Finding local industry partners to translate research findings into products is an additional challenge for Changchun’s research institutions. The region’s business sector is dominated by largely inefficient state-owned businesses. Yang says opportunities for Changchun’s institutions to cooperate with industry mostly come from businesses based in southern provinces that have become manufacturing hubs, such as Jiangsu and Zhejiang. His lab, for instance, mostly collaborates with businesses in southern provinces or overseas.

Changchun’s academic-industry partner-ships in the index between 2012 and 2016 reveal a similar trend. None of the 12 corporations with which the city’s institution coauthored papers were based in the city. The six Chinese corporate partners were based in either Beijing or Shanghai, or in cities in Zhejiang and Jiangsu provinces.

The more prosperous southern provinces are also drawing young educated people away from former industrial cities like Changchun. Several academics have told Nature Index that scientists are leaving Changchun’s institutions such as CIAC for better career development and greater industry cooperation in southern cities. To stay competitive, CIAC has this year begun recruiting master’s and PhD candidates from The University of Science and Technology of China in Hefei, a member of the C9 group of elite universities.