Scooped in science? Relax, credit will come your way

A study of protein databases shows that discoverers who are second to publish still end up getting a substantial portion of the recognition. 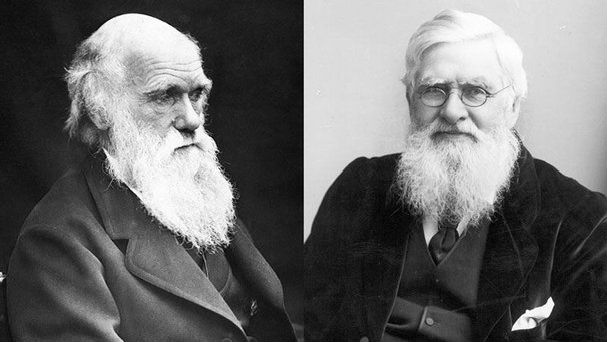 Charles Darwin (left) rushed to publish On the Origin of Species after receiving a manuscript detailing similar ideas by Alfred Russel Wallace (right).

Social scientists say that the research breaks new ground because it is able to identify and track scooped studies, including some that were never published — although they caution that the findings might not be generalizable to other fields.

“This is the first study I’m aware of that has been able to observe unpublished papers,” says Michaël Bikard, an innovations researcher at the French campus of global business school INSEAD in Fontainebleau. “This is important stuff. It really helps push the field forward.”

Despite the prominence of such rivalries, scholars of science know little about how credit is actually apportioned for competing discoveries.

Theoretical models analysing patent races, for instance, have often assumed that, to the victor go all the spoils. In the real world, though, credit for scientific discoveries is unlikely to be winner-takes-all, say researchers.

One problem with studying scooped projects is that some scientists abandon a research effort after someone else has beaten them to it, says Hill, a PhD student who was partly inspired to do the study after being scooped to a project in the early years of his graduate work.

Alternatively, researchers modify the project in such a way that it is impossible to compare its eventual results with those of the paper that scooped it.

In search of an ‘apples-with-apples’ comparison of competing projects, Hill and Stein used the Protein Data Bank (PDB), a repository of more than 150,000 structures of proteins and other biomolecules.

These structures are key to understanding how proteins work, as well as how their function might be altered by drugs. Crucially for the study, scientists tend to submit structures to the PDB — under embargo — months before a paper describing the work is published in a journal (and the embargo on the PDB structure is lifted).

This approach allowed the researchers to follow 1,630 ‘races’ in which competing teams submitted to the PDB structures of the same, or closely similar, molecules between 1999 and 2017.

Paula Stephan, an economist at Georgia State University in Atlanta, says the study is the first she knows of that actually measured the penalty for being scooped.

“We have known for many years that science is not a winner-takes-all ‘game’. This piece of research confirms this.” But she cautions against generalizing the study to other fields. Only well-funded laboratories usually have the resources to produce protein structures. “This restricts who can enter the contests,” she says.

Structural biologists say the study rings true in some ways, but also misses nuances of their field. Helen Berman, a structural biologist at the University of Rutgers in Piscataway, New Jersey, who helped found the PDB in the 1970s, says that not all of the races identified in the study may have been viewed as such by those in the field.

Hill and Stein deemed protein structures to be competing if their constituent amino-acid sequences were similar across 50% or more of the length of the protein, but Berman wonders whether this threshold was too low.

High-profile publications in the field increasingly present extra experiments to explain the underlying biology, alongside a protein structure, and labs that get scooped often differentiate their work by publishing such data, Read says.

And the study doesn’t capture the psychological effects of being scooped, says Venki Ramakrishnan, a structural biologist at the Laboratory of Molecular Biology in Cambridge.

In the late 1990s and early 2000s, his group raced several teams to determine the structure of the ribosome, a cellular machine that makes proteins. In early September 2000, a team led by Ada Yonath at the Weizmann Institute in Rehovot, Israel, published the structure of a ribosome subunit in Cell that Ramakrishnan’s team had also characterized. Ramakrishnan’s study came out weeks later in Nature.

“For that month, I and my lab were pretty miserable,” he says.

The researchers worried that they wouldn’t receive proper recognition for their work. That didn’t turn out to be the case.

Both Ramakrishnan’s and Yonath’s teams are credited with elucidating the ribosome-subunit structure — and the scientists each received a one-third share of the 2009 Nobel Prize in Chemistry. Ramakrishnan’s team’s paper has racked up roughly twice as many citations as the one that scooped it.

“In the long run, it didn’t matter,” Ramakrishnan says.