Global survey finds that unclear publishing policies place an additional burden on many scientists who don’t speak English as a first language. 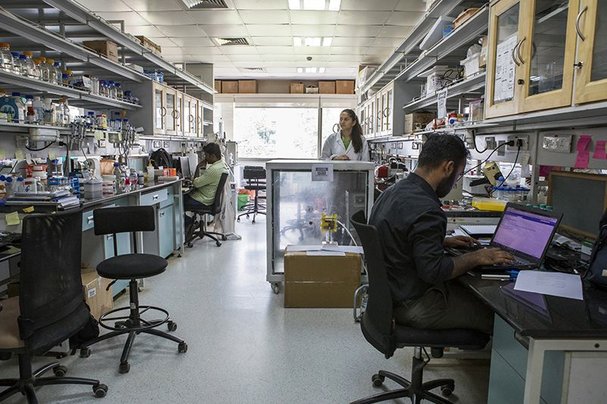 Globally, more than two-thirds of researchers find it difficult to prepare manuscripts and to respond to peer-review comments, finds a survey of nearly 7,000 researchers from over 100 countries.

The issues may stem largely from language barriers, the report suggests (see ‘English-language barrier’). The online survey was designed to find out what issues researchers in non-English-speaking nations face when publishing in international journals to identify where more support or resources are needed.

Most respondents spoke English as a second language: only 11% had English as a first language and 45% said that they found it difficult to write in English.

The poll was carried out between December 2016 and January 2018 by Editage, a company that offers language editing and publication support services for academics. The results were released on 9 October.

Some 70% of respondents were based in non-Western nations that are emerging as scientific powerhouses, including China, Brazil, Japan, India and South Korea.

Two-thirds of respondents who had authored papers felt journal guidelines in general were unclear, incomplete or both, and three out of four said that preparing manuscripts for English-language journals was the most challenging step of the publishing process.

The publishing industry needs to consider how to eliminate or minimize the additional burden on authors whose first language isn’t English, the report says. Otherwise, it adds, journals risk missing out on scientifically strong research because authors might choose to submit to regional-language journals.

Between 10-25% of respondents said that they were confused about or unaware of: what constitutes plagiarism, the contributions that qualify for authorship, and duplicate submission — the practice of submitting the same study to more than one journal at the same time. Most were also unaware of what constitutes self-plagiarism: reusing text from their own previously published study without citing the study.

“A remarkable percentage of respondents did not have a solid understanding of some aspects of publication ethics or were not familiar with standard ethics-related guidelines and bodies,” says the report.

Academics have knowledge gaps when it comes to understanding journal processes, says Clarinda Cerejo, editor-in-chief of Editage Insights, in Mumbai, India. In some countries, for instance, copying someone’s work without formal citation can be seen as an honour rather than plagiarism, she says.

Once publishers start to understand these challenges, they can seek out solutions, says Cerejo.

Cerejo suggests that publishers could allow external companies to review their journal guidelines to make sure they are clear and understandable or set up interactive chatbots on their websites to converse with authors who have queries.

One survey respondent, Cerejo recalls, suggested that high-impact journals should have a section dedicated to papers by first-time authors to give them a greater chance of making it into the journal.

Another option could be to present journal policies in a standardized manner to make it easier for authors to differentiate between publications’ requirements, suggests Tony Ross-Hellauer, an information scientist at the Know-Center in Graz, Austria.

Ross-Hellauer is working with colleagues to assemble a database of journal policies to establish a go-to site for researchers looking for clarity on publication rules, such as whether a journal allows them to post early versions of their papers online.

Cerejo recommends that institutions, particularly those in low- and middle-income countries, should offer researchers more training on the publication process. Doing so, she says, “could really help the system because you’re bringing in diverse perspectives and you’re eliminating bias that may be inherently present”.