Scientists must stand up for internationalism

Nationalistic trends across the world threaten the cross-border cooperation that underlies scientific progress. 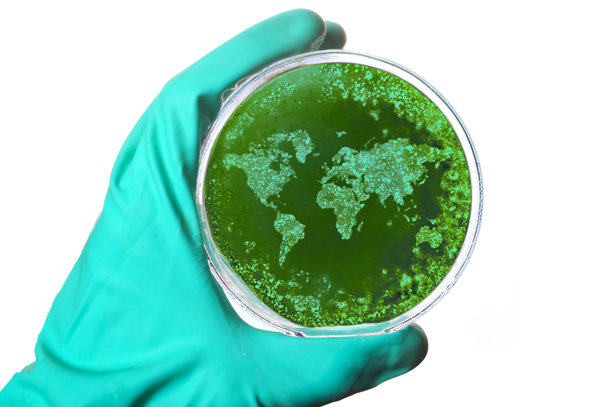 One of the indelible hallmarks of science is internationalism. While national scientific communities may have distinctively different characteristics — British empiricism, French rationalism and American pragmatism come to mind — the end products are almost universally agreed upon once scientists in a given discipline attain consensus.

Unlike politics, science knows no boundaries.

And so far this century, international collaborations have produced some of its major scientific breakthroughs — for example, the discovery of the Higgs boson at CERN, the LIGO observations of black hole and neutron star mergers and the Event Horizon Telescope collaboration’s recent imaging of the supermassive black hole at the core of the M87 galaxy.

Not one of these monumental scientific advances could ever have been achieved by purely national efforts.

In fact, the history of science since World War II has witnessed ever-increasing scientific cooperation across national boundaries, especially in previously war-torn Europe.

A signal achievement was the 1953 establishment of CERN (the European Organization for Nuclear Research) in Geneva by 12 European nations, including wartime enemies Britain and France, on the one hand, and Germany and Italy, on the other.

Its founding was followed in 1975 by the birth of the European Space Agency (ESA), which has often worked closely with NASA and the Japanese space agency JAXA.

Even the Soviet Union and then Russia and China became involved in these international scientific efforts.

But the seeming fragmentation of the international world order in recent years, and a parallel reversion to the nationalistic rhetoric of prewar decades, inevitably threaten this increased scientific cooperation.

Attacks on globalism a concern

We can see this already happening — perhaps as a corollary to the “America First!” sloganeering of the current U.S. president — in the dark suspicions being cast upon scientists of Chinese extraction in our midst. If this trend continues, it will inevitably harm U.S. scientific productivity.

And internationalism is crucial to establishing scientific fact. If the various national scientific communities cannot come to agreement about a new theory or experimental result, how can anyone consider it to be in fact “true”?

In her perceptive new book, Why Trust Science?, Harvard University science historian Naomi Oreskes addresses head-on the credibility of science. Why should we trust what scientists have to tell us, for example, about climate change?

That credibility is established, she writes, largely through a complex social process in which a skeptical, diverse scientific community — as has arisen among the thousands of climate scientists worldwide — reaches consensus.

The ever-growing (until recently, that is) internationalism of science can be considered integral to the postwar establishment and subsequent expansion of the rules-based world order that has characterized the past three quarters of a century.

They have grown up hand in hand. And science (especially physics and biology) has found its way into the corridors of power in national capitals around the globe — with financial benefits measured in the billions of dollars and euros accruing to disciplines involved.

Scientists should therefore be extremely concerned that the burgeoning national populist attacks on globalism will ultimately impair scientific progress — if they have not already. Funding for international scientific projects could wither, and foreign scientists may become unwelcome in nations other than their own, restraining information exchanges.

We might even witness a reversion to the scientific fragmentation of the 1930s, when some eminent German physicists championed “Deutsche Physik” as superior to that of other nations.

During World War I, he refused to add his name to the Manifesto of the 93 German Intellectuals, which touted German cultural superiority; instead, he embraced internationalism. When the Nazi regime of Adolf Hitler came to power in 1933, he was in the United States, and soon decided not to return to Germany.

But scientists must not ignore the populist reactions against globalism that have erupted in the West during past several years. We do so at our peril. Like it or not, we are part of the political problem that populists perceive.

The out-of-work Indiana assembly-line worker with children hooked on opioids has little understanding of or appreciation for a Higgs boson discovery that occurred across the Atlantic.

In the same vein, she can see little value in the internet and World Wide Web, which originated at CERN and was brought to America by US high-energy physics laboratories.

These innovations may have transformed the world economy, but they have also enabled large, impersonal corporations based elsewhere to outsource her job to Mexico, China or other countries while keeping supply chains intact.

As lead author of Tunnel Visions, a history of the Superconducting Super Collider, I examined the early stirrings of such populist resentment in the US Midwest after that project went to Texas instead of being built at the existing Fermi National Accelerator Laboratory just west of Chicago.

Illinois, Michigan, New York, Ohio and Wisconsin led the way in what was essentially a regional reaction — Rust Belt versus Sun Belt — that ultimately doomed the SSC project, which Congress terminated in October 1993.

Scientists, particularly physicists, should recognize that we have become influential insiders in the Washington political culture that U.S. populists are now rejecting. We belong to special interest groups whose access to political power has led to generous scientific funding since the 1950s.

And though human health and the national economy have surely benefited from these expenditures, this funding has not always been directed toward worthy pragmatic goals, as the sad case of the Super Collider illustrates.

So, what are US scientists to do?

First and foremost, we must continue to stand fast in insisting upon the truth — an increasingly endangered species in this capricious administration.

We have a unique and potent means of establishing the truth based on empirical evidence and reasoned argument. And scientists remain among the most respected professions in America, if not the world at large, so our word is taken seriously. Ordinary people listen to what we have to say.

Scientists must act as guardians of the truth in the current “post-truth” environment that is becoming polluted by “alternative facts” — by rejecting falsehood whenever it rears its ugly head. And by speaking truth to power.

But doing so can take political courage, as was illustrated by the plight of NOAA and National Weather Service officials in the recent “Sharpiegate” scandal over Hurricane Dorian’s projected path.

As California Representative Adam Schiff said before the US Senate on January 24, "The truth matters."

We should also take a serious look at whether our research efforts and projects are truly benefiting the greater society — rather than just generating university funding and leading to academic honors and prizes with little or no bearing on the economy and human welfare.

Or leading to technologies that drain the heartland and enable profit-seeking corporations to offshore jobs to low-wage countries. But making such judgments, I admit, will not come easily.

Finally, we must stand up staunchly for internationalism in the face of the ardent nationalisms now gripping the globe. It is distinct from the commercial and technological globalism that stimulated the current populist reaction.

In doing so, scientists can help lead the world back to the rational, rules-based order that has characterized diplomatic relations for decades.

Michael Riordan, a physicist and science historian, is author of The Hunting of the Quark and coauthor of Crystal Fire: The Birth of the Information Age and Tunnel Visions: The Rise and Fall of the Superconducting Super Collider.