Science cities: The cape of change

Africa’s science star is confronting its colonial past to set a more inclusive research scene, benefitting more of its citizens. 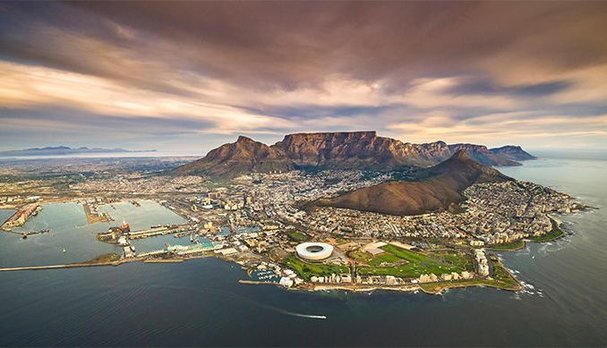 Early pastoralists living on Africa’s southern tip found fresh water and grazing in the shadow of Table Mountain, where Cape Town lies today. They called it Camissa, the place of sweet water. European explorers rounding the Cape, too, found it a useful pit stop. In their wake, botanists came to study the region’s unique plants and animals, and astronomers came for the view it offered of the southern skies.

Today, Cape Town is a global hub for scientists studying biological diversity and astronomy. The city houses the nerve centre for an enormous radio telescope being constructed hundreds of kilometres inland, set to become the most powerful in the world. It is also home to several experts on local species ranging from the penguins that nest on its beaches, to the fynbos shrubland unique to the area.

But in the years since South Africa’s first democratic elections in 1994, this scientific legacy, rooted in colonialism and racial segregation, has become a double-edged sword. Cape Town’s top science institutions face pressure to shed their white and male-dominated past for a more diverse future. This means making room for more black and female staff and students, but also doing research that addresses South Africa’s palpable poverty.

Cape Town is Africa’s leading science city, when measured on its contribution to articles in the 82 high-quality science journals in the Nature Index over the past six years. Its accumulated fractional count (FC) for 2012–2017 was 107.2, just above the score for Johannesburg (102.77). The city’s output is largely in the physical sciences, with strong representation in the life sciences and Earth and environmental sciences.

The University of Cape Town (UCT), South Africa’s oldest, is by far its leading institution in the index with a 2012–2017 FC of 33.96, followed by the University of the Western Cape (UWC) at 5.08. Nearby Stellenbosch — the third highest performing science city in Africa with a six-year FC of 86.84 — also contributes to the Cape’s research appeal.

Cape Town attracts significant research investment. Universities in the Western Cape, the province of both Cape Town and Stellenbosch, were responsible for nearly 31.8% of South Africa’s higher-education research spend in 2015. By contrast, universities in Gauteng — the province of the capital Pretoria and Johannesburg, which has twice as many inhabitants as the Western Cape — were responsible for 33.5% of the spend. In South Africa’s central Karoo desert, an international team is building the Square Kilometre Array, a radio telescope whose thousands of dishes will be shared by Australia and Africa.

The telescope has attracted hundreds of scientists and engineers to the city. UCT and UWC are both partners in the African Research Cloud, a national project to develop the capacity needed to deal with the huge datasets this telescope will produce. And in 2016, South Africa’s Council for Scientific and Industrial Research launched Africa’s fastest supercomputer at its Cape Town-based Centre for High Performance Computing, which will also play a role in designing the data-crunching systems for the astronomy data.

The supercomputer, known as Tsessebe, or ‘antelope’, is also supporting Cape Town’s claim as a bioinformatics hotspot. Africans are the most genetically diverse people in the world. Humans have lived on the continent longer than anywhere else; only a subset migrated out. There is a push to understand how this genetic diversity influences disease and healthcare. The South African Medical Research Council has partnered with China to build the continent’s most powerful whole-genome sequencing facility in the city, due to open in late 2018.

The region’s biodiversity, accessible so close to a major urban centre, continues to spark scientists’ imagination — not least because it provides test-cases for species under increasing environmental and climatic stress.

“We live in the urban area with the highest concentration of red-listed species in the world,” says Claire Spottiswoode, who heads UCT’s Percy FitzPatrick Institute of African Ornithology. A South African by birth, she recently returned to Cape Town after 15 years abroad. “It’s a privilege to have fascinating research problems and exhilarating biodiversity in such close proximity,” she says. But change is afoot for South Africa’s established institutions. UCT is a case in point. From its mountain perch, on land bequeathed by the staunch imperialist, Cecil John Rhodes, UCT looks out over the Cape’s lowlands. It was to these Cape Flats, which bake in summer and flood in winter, that the architects of Apartheid forcefully moved non-white families. Its residents remain predominantly black and poor.

In the early years of democracy, despite efforts to make them more inclusive, the intake at South Africa’s top universities remained skewed towards relatively wealthy and advantaged students. However, three years ago, a rally to remove a statue of Rhodes from UCT snowballed into a country-wide push for free, decolonized education. Colonialism, the protesters argued, remained woven into the fabric of South Africa’s institutions of higher learning. The protests disrupted teaching and damaged property in the Cape region worth more than 130 million rand (US$9 million).

Mamokgethi Phakeng, a mathematics education professor and UCT’s vice-chancellor, is working to promote black excellence at the institution, where white South African professors still outnumbered their black, Indian and mixed-race South African counterparts by a factor of nearly four to one in 2017.

Susan Bourne, UCT’s dean of science, says the university rewards community-facing initiatives such as outreach projects, spin-out activities or giving policy advice more now than it did a decade ago.

She offers the Abalobi app as an example of research developed at UCT that is directly helping local communities. The app connects small-scale fishers with restaurants, helping to match supply with demand and allowing fisheries to trace the catch from hook to cook.

Another way to bring scientists and city-dwellers closer together is through cooperating on urgent problems, Bourne adds. One example is the devastating drought that gripped the city earlier this year. The crisis allowed UCT to demonstrate the real-world usefulness of its science. Its water experts offered basic water-saving advice to the public, and policy input to disaster-response agencies, in particular through the UCT Future Water Institute, helping to keep the ‘sweet waters’ flowing in Cape Town.

The South African government also wants to put science to work to address the country’s ills. A 10 September 2018 draft science policy — the country’s first for 20 years — identifies fostering science and innovation for social benefit and economic transformation as a key priority for the country.

But, Bourne admits UCT needs to do more. “We haven’t broken through from being the place up on the hill that people on the Cape Flats think doesn’t belong to them.”