Saudi Arabia: making the most of local expertise 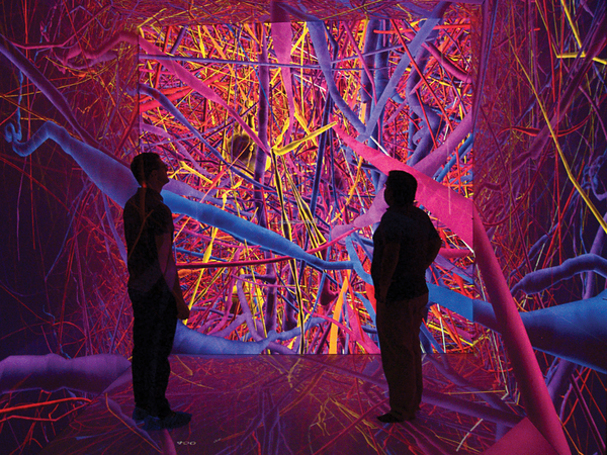 In 2011, a team of 17 researchers, based entirely in Saudi Arabia and Oman, published a paper in Nature Genetics identifying, for the first time, a single gene mutation that causes a rare form of the autoimmune disorder, systemic lupus erythematosus (SLE). That collaboration was led by geneticist Fowzan Alkuraya from King Faisal Specialist Hospital and Research Center (KFSH&RC) in the Saudi capital, Riyadh.

The centre followed this breakthrough in 2013, when Alkuraya's team proposed a role for an RNA helicase in the development of orofaciodigital syndrome. More recently, in early 2015 a team from KFSH&RC and King Saud University (KSU) identified a genetic mutation linked to congenital cranial dysinnervation disorder. These studies represent a trend of national and regional collaboration at the institute which is rare in the Kingdom. While the index shows Saudi Arabia has strong research collaborations with the United States, Asia and Europe, national and collaborations with other countries in the Middle East appear sporadic.

Between 2012 and 2015, KFSH&RC, Alfaisal University and KSU — the country's top three for domestic collaborations for that period — derived 31%, 36% and 5% of their overall collaboration scores from domestic collaborations, compared to 0.5% for both Saudi Arabia's top international collaborators King Abdullah University of Science and Technology (KAUST) and King Abdulaziz University (KAU). “I try to focus on local and regional talent because I feel the responsibility of developing the research infrastructure as a good citizen of this region,” says Alkuraya.

But Alkuraya isn't just being a good citizen. He truly believes in the wealth of local and regional talent. “I don't see why local and regional collaboration should be equated with low-quality research output,” he says. “On the contrary, I think we have enough collaborative papers in high-impact journals to dispel such a myth.”

In 2015, KFSH&RC researchers have had successful collaborations with 12 regional institutions, including, among others, Istanbul University in Turkey, Kuwait University, and six Saudi Arabian institutes, including KSU, King Khaled Eye Specialist Hospital and Alfaisal University. On the other hand, KAUST collaborated with only five regional and three Saudi Arabian institutes in the same year.

KAUST vice-president for research, Jean Fréchet, says his institution's dearth of local and regional partnerships was regrettable. “Frankly, I think this was a mistake that we made. It is [just] that when we started KAUST, we were so busy getting the place started that we didn't have much time to look around,” he said. “This is not sustainable and this is not something that we did on purpose.”

But this is changing, Fréchet says. In November 2015, KAUST invited researchers from King Fahd University of Petroleum and Minerals (KFUPM) to discuss potential joint research projects in the fields of cybersecurity, advanced computing and petroleum engineering. KAUST also has a large genomics programme with KFSH&RC, which is facilitated by King Abdulaziz City for Science and Technology (KACST).

KACST is also contributing funds to a KAUST-led project in solid state lighting, which includes collaboration with the University of California Santa Barbara, KFUPM and Effat University, a private women's university in Jeddah on the Kingdom's west coast. Five of KAUST's researchers also have small grants from Qatar Foundation to conduct research in collaboration with Qatar-based researchers.

Nevertheless, these domestic and regional collaborations will probably continue to be small in comparison with KAUST's international work. “We have ambitious goals,” says Fréchet. “We want to be rated as a top institution, and it's more tempting to rub elbows with the best.”

This reasoning may be applicable for other Saudi Arabian institutes reaching out to collaborate with renowned institutions in the United States and Europe more often than their neighbours, where science output levels are more modest. Alkuraya believes there is a lack of incentive for local and regional researchers to collaborate. They often opt to publish more small papers in lesser-known journals because that helps earn promotion, rather than collaborating with other researchers and publishing in high-impact journals, which is why there are few papers for them appearing in the Nature Index. “There is also very little training that prepares investigators for team work,” he adds.

Ahmed Elzatahry, an Egyptian material chemist who used to work at KSU, suggests that Saudi researchers have little to gain from regional collaborations. “They already have the people on site,” he says, referring to the large number of Arab expatriates from neighbouring countries living in Saudi Arabia. Elzatahry says Saudi institutions are often able to attract Arab researchers to come for the excellent facilities and generous research funding and salaries.

KFSH&RC's Alkuraya seems to have found the secret to successful regional collaboration that leads to publication in high-quality journals.

“I'm incredibly lucky to have a very talented and dedicated group of individuals who work with me in the lab and a lot of credit really goes to them,” he says, emphasizing that his team members all have a strong sense of ownership of the research projects they are working on.

Alkuraya is scathing about what he calls a “pervasive trend” of shipping patient samples overseas to collaborators. “This trend may have worked to the advantage of individual investigators by getting their names well published, but has been very damaging to the local research enterprise. What kind of research infrastructure are you building by outsourcing the entire scientific investigation?” he asks.

“To me, a true collaboration is made on equal footing where there is reciprocal and genuine exchange of expertise,” he says. “It gives me tremendous pleasure to choose an expert who agrees to perform an assay for which his or her lab has the expertise.”

Salih's domestic and regional collaborations include co-authored papers with researchers in Saudi Arabia, Turkey and Jordan related to retinal dystrophy and hereditary spastic paraplegia. “The collaborators in Turkey and Jordan were interested in the same autosomal recessive neurogenetic disorders that have high prevalence in Saudi Arabia and the region,” he explains. Other top countries in the region with whom KSU-affiliated researchers have collaborated in the index between 2012 and 2015 include Egypt, Turkey and Cyprus.

KFSH&RC has a history of research successes, says Alkuraya. In the late 1990s, Mohamed Rashed was among those who pioneered the use of mass spectrometry to screen newborns for genetic metabolic disorders. Alkuraya says his team at KFSH&RC also published the first gene mapping study in the region that was performed solely by local talent. The study identified the mutation responsible for a rare disorder, Woodhouse–Sakati syndrome, first described among consanguineous Saudi Arabian families. His team was also the first to use locally generated exome sequencing to map a novel disease gene in the region.

Alkuraya points to these discoveries as good examples of local talent. “If we can't work together as a community of local and regional investigators, I don't know how we can sell ourselves as a bloc to the international research community,” he says.