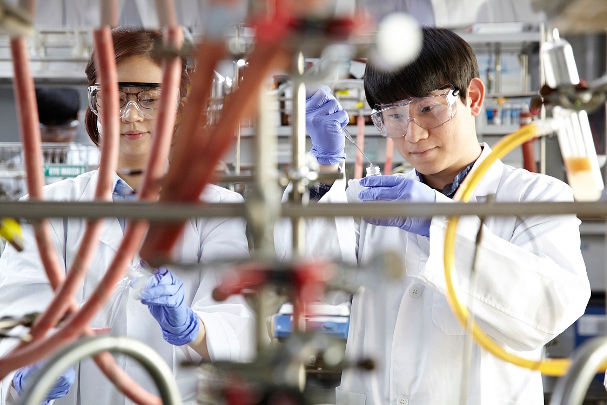 A team at the IBS Center for Nanomedicine are developing nanomaterials for disease diagnosis and treatment.

The ones to watch.

The performance of research strongholds like the Chinese Academy of Sciences and the University of Oxford have improved dramatically in the past few years. As the research world’s equivalent of Apple or Google, these well-established organizations have big budgets, some of the best brains and top-notch equipment.

So, what about the new kids on the block? As a database that tracks articles published in top-tier science journals, the Nature Index is well placed to identify the emergent players in research.

Over the coming weeks, we'll be highlighting some of the research world's ascendant performers profiled in the Nature Index 2016 Rising Stars supplement, published on July 28. The magazine profiles countries and institutions whose performance in the index is improving rapidly. Some made the grade by improving most in their country, and others were highlighted for their meteoric rise up the index’s global rankings.

The Institute for Basic Science

For decades, South Korea has propelled its economy by investing in applied research — often in tandem with industry — while basic science was neglected. The Institute for Basic Science (IBS) was intended to reverse that trend, becoming Korea’s equivalent of Japan’s RIKEN and Germany’s Max Planck Society.

Founded in 2012, IBS is a new player even in a line-up of rising stars. It has grown to 26 centres with focuses ranging from dark matter to gene editing to graphene to nanomedicine. Each centre has an average annual budget of US$8.5 million, and there are plans to establish 50 centres by 2021.

About a third of its centres will be at a headquarters campus to be constructed in Daejeon; the rest hosted by universities and institutes around the country. “The funding is generous,” says Jin-soo Kim, who heads the Center for Genome Engineering. “I don’t have to write a grant.” South Korean leaders hope IBS will deliver on the dream of a scientific Nobel prize. “The phenomenon is aggravated by Japanese success,” says IBS president Doochul Kim, referring to the 21 scientific Nobels won by the country’s rival.

“Korean people have always compared and tried to catch up to Japan. Politicians ask us, ‘What have you done?’” South Korean president, Park Geun-hye, has also argued that IBS has many benefits.

With Korea’s economy slowing, the technological rise of China, and renewed competition from Japan spurred by a weak yen, she is betting on IBS and basic science as a catalyst for growth. 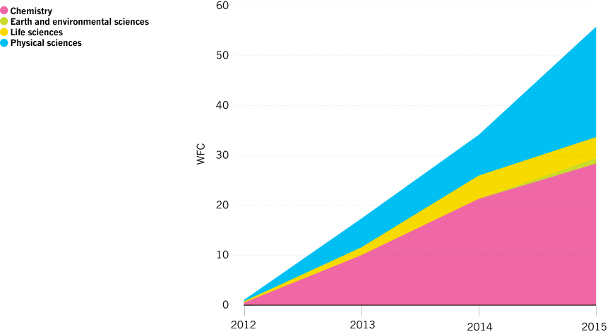