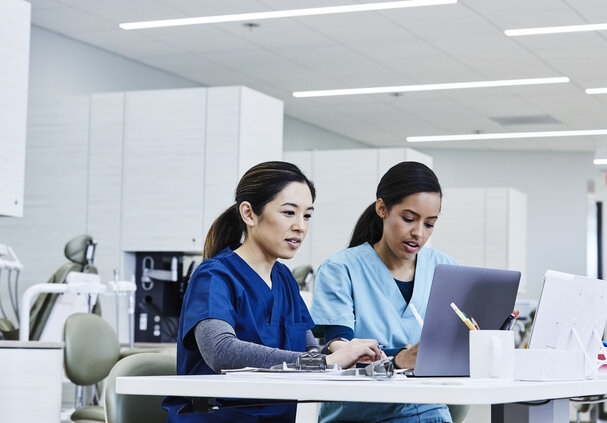 Nursing and sociology, research topics that are often associated with women, are traditionally undervalued, says study.

Research topics associated with women, such as early-childhood education, tend to be valued less in academia than subjects that have traditionally been associated with males, such as mechanical engineering, a new study has found. This implicit bias may be holding back female scholars from achieving a successful academic career.

Prejudice against research associated with women is an “important and insidious source of persistent gender inequality”, the authors write in the recent paper, published in Research Policy.

“If people adopt women-associated topics, there will be less of a chance for them to have an academic career,” says Lanu Kim, a computational social scientist at the Korea Advanced Institute of Science and Technology in South Korea, and first author of the study.

The study asks why female academics are disadvantaged in the job market, despite there being a growing number of female doctoral candidates.

Previous studies have found that structural and cultural barriers work against women in academia, including lower salaries and exclusion from informal mentoring. Evidence has shown that these hurdles result in women achieving lower tenure rates and winning fewer grants, and they are less frequently lead authors on research papers. But less is known about the role women’s research subjects play in this disparity.

Kim and her colleagues analysed the abstracts of nearly one million dissertations from United States PhD programmes between 1980 and 2010, using an algorithm that measures how strongly dissertations are associated with a gender.

Dissertations that included more words such as ‘chemical engineering’ or ‘algorithm’, for example, were considered more masculine—the algorithm found that these words were more often used in PhDs written by men.

By contrast, dissertations that included more words such as “student” or “parent”, or used qualitative techniques, were considered more female, since they were more often used in PhDs written by women.

The researchers followed the candidates’ careers to see if they later became a tenured faculty advisor or continued their research. They also used statistical models to analyse the PhD students’ chances of getting an academic job based on the ‘gender’ of their research.

For example, PhD candidates writing on ‘masculine’ topics or techniques within a field that has been traditionally thought of as feminine, such as machine learning in feminist studies, were found to be about twice as likely to get an academic job than candidates writing on topics or using techniques, such as qualitative approaches, thought of as female in the same field.

To help correct the imbalance, Kim and her colleagues recommend that academic institutions consider how gender bias plays out in the evaluation of research.

They suggest that faculty recruitment committees undergo training to increase their awareness of implicit bias against certain fields, and hire candidates whose research topics are traditionally undervalued, such as nursing and sociology.

They also suggest that conferences, research journals and university programmes include a more diverse range of research. For example, university administrators could promote new research initiatives and centres that value research by and about women.

“Scholars may be surprised to learn of implicit biases against certain fields and topics, and increased awareness may help reduce this source of gender inequality,” says Leahey. She agrees it would be helpful for university administrators, who have ultimate control over the fields and subfields listed in job advertisements, to invest in a wide scope of research.

Kim argues that the lack of female academics in tenured and senior positions isn’t just a social injustice – it’s detrimental to the quality of research and its economic impact. Barriers to women’s success mean that certain topics with a stronger association with female researchers, such as justice and equality, are neglected, says Kim.