Safe and efficient storage for renewable energy is key to meeting sustainability targets. 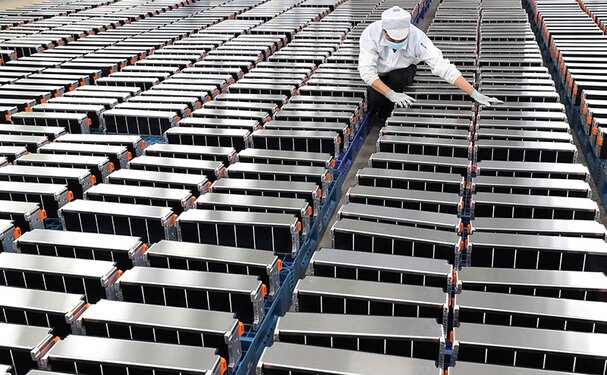 A worker with car batteries at a factory for the Xinwangda Electric Vehicle Battery Company in Nanjing, China, which makes lithium batteries.

With global energy consumption projected to rise by nearly 50% between 2018 and 2050, expanding access to energy, without intensifying the negative effects on the planet, is at the heart of the United Nations’ Sustainable Development Goal (SDG) 7 (Affordable and clean energy).

China’s activities as the world’s biggest greenhouse-gas emitter, responsible for almost one-quarter of global energy consumption in 2018, will be a significant factor in whether targets for SDG7 are achieved by 2030. These targets include doubling the global rate of improvement in energy efficiency and substantially increasing the share of renewable energy in the global energy mix.

China expects to increase solar and wind power to around 11% of its total electricity consumption in 2021, up from 9.7% in 2020. Its investment in renewables — at 0.9% gross domestic product in 2015, second only to Chile and South Africa (both at 1.4%) — is curtailed by constraints on storage and distribution.

Researchers are exploring new battery technologies to address the challenge of energy storage. “The gap between the increasing demand for highly efficient energy storage and the performance of emerging devices is our biggest challenge,” says Qiang Zhang, a chemical engineer at Tsinghua University, Beijing. 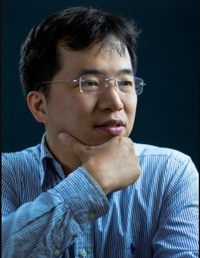 But instability is their weak point. Needle-thin structures called dendrites can grow on the surface of anodes (the battery’s negative electrodes) made from solid lithium metal. Dendrites can pierce the barrier separating the anode and cathode (the positive electrode), putting the battery at risk of shorting or exploding. “Lithium-metal batteries are exciting because they have such high energy density,” says Zhang. “They are really challenging, but we can improve them, step by step.”

Zhang and his team are using advanced modelling and imaging techniques to better understand dendrite formation. They are also exploring the potential of using materials such as nanodiamonds (microscopic diamond particles) to create a protective coating that suppresses dendrite growth (X. B. Cheng et al. Nature Commun. 8, 336; 2017).

It’s a goal that Beijing is particularly invested in. According to the 2021 UNESCO Science Report, which mapped publications from almost 200 countries in the Scopus database, China is responsible for roughly half of the world’s research output on battery efficiency. Its output related to the topic increased from 12,946 publications in 2012–15 to 29,008 in 2016–19 (see go.nature.com/3zlojva).

In the Nature Index, which tracks output in 82 high-quality natural-sciences journals, Beijing had the highest SDG7-related Share for 2015–20, at 1,241.53, almost three times the output of San Francisco Bay Area (Share 430.79), its closest competitor by this measure. Zhang was among the most prolific researchers in the world for SDG7-related research output in the Nature Index over the same period. (For more information on the analyses used in this article, see ‘A guide to Nature Index’.)

Zhang says Beijing’s strength in SDG7-related research reflects the urgency with which he and his colleagues are trying to address energy-related impacts on the planet. “Chinese researchers are working very hard to advance the fundamental science and engineering capabilities that are needed to build clean, safe and affordable energy technologies,” he says.