A single field is behind the rise of thousand-author papers 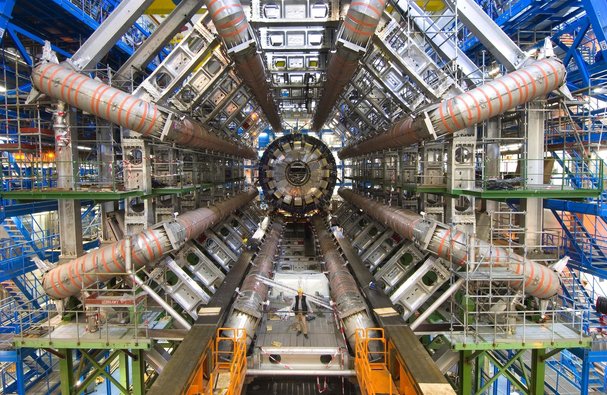 The team operating the ATLAS detector at CERN, Switzerland, authored a 5,000 author paper in 2016.

Over the past five years, the number of papers in the Nature Index with more than a thousand authors has surged from zero to a hundred. As big science gets even bigger, its scale is increasingly reflected in author lists on scientific papers. More and more experiments are relying on the work of as many people as there were nights for Sheherezade to spin her many tales.

But large-scale projects leading to multi-author papers have created a new challenge for publishing: who is left to peer review a paper when just about all the experts in a given field are among its authors?

And the trend of quadruple-digit author lists shows no sign of abating, says Barry Barish, who won the Nobel Prize in Physics in 2017 for his contribution to the observation of gravitational waves by the Laser Interferometer Gravitational-Wave Observatory (LIGO). The discovery, and subsequent detections, have been published in several thousand-author papers. "The advent of 'open data' and the long operations of existing facilities has prompted better documentation," for example in the form of publications, he says. “So, expect a significant upward trend in the number of such 1,000 author articles.”

One subject in particular is responsible for the rise in populous papers. Analysis by Vincent Larivière at the University of Montreal of publication records in the Web of Science database between 1980 and 2016 revealed that among more than 140 specialized areas of research, nuclear and particle physics was the only one in which the average number of authors to a paper rose far above the rest.

The distinct way particle physicists attribute authorship is significant, says Larivière. Every member involved in a project is typically included in a standard author list, and listed alphabetically in publications. By contrast, in the medical sciences, papers typically only identify the responsible principal investigator and postdoctorate researchers that made substantial contributions to the work.

Paper authorship gives researchers credit, as well as accountability. A 2011 paper by the OPERA collaboration estimated that neutrinos travel faster than the speed of light, which turned out to be incorrect. The entire collaboration took responsibility for finding the technical problem, and the coordinator and spokesperson resigned, explains Barish. It offered "a good test case" of how accountability can be managed by so many heads.

The more urgent concern for Barish is related to recognition, rather than responsibility. Being named as one of a thousand authors of a paper, makes it difficult for young researchers to garner esteem for their scientific contribution, and "less able to make an impact on their own."

Larivière says peer review practices need to be reviewed to take account of so-called hyperauthorship. "The rules governing conflicts of interest because of authorship were made for fields that have no hyperauthorship practices," he says.