Not so fast. Who really leads the world in science?

China produces the most scientific articles, but lags on other measures. 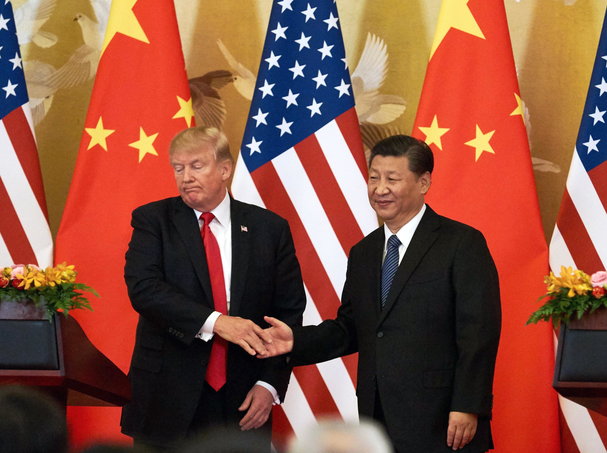 US President Donald Trump (left) and China's President Xi Jinping at a press conference in Beijing. The countries are vying for global science leadership.

The United States welcomed the new year with some bitter news — China had overtaken the science superpower in terms of its production of science publications. The hapless messenger was none other than the US National Science Foundation, which released a report on 18 January, revealing that China had crept ahead of its rival as far back as in 2016. It was a clean exchange: researchers in the US published 409,000 articles in the Scopus database in 2016, down from 429,000 in 2015, and China's output rose from 411,000 to 426,000 between those two years.

One shouldn't be too quick, however, to knock the US off its global science leadership perch. China is moving fast, but not on every front. Here we present a more comprehensive set of science indicators showing that the question of supremacy in scientific output between the US and China is far from settled.

Saad Ahmed Javed at Nanjing University of Aeronautics and Astronautics, developed a model to predict the two countries' overall Scopus output in all fields over the next decade. His analysis suggests that the US will maintain its edge over the long-term, but should be watching its back. "China is decisively following the US and the gap is reducing," says Javed.

Sustaining a healthy science system requires funding, and a vibrant community of scientists. On these measures as well, the two countries display strengths and weaknesses.

While China's dominance is still up for debate, its rise is unequivocal. On every indicator presented in these graphs, China displays a growth trend. It can't be long before the balance tips in favour of the Asian rival on every measure of science superpower status.