A new measure accounts for research collaboration within and between groups. 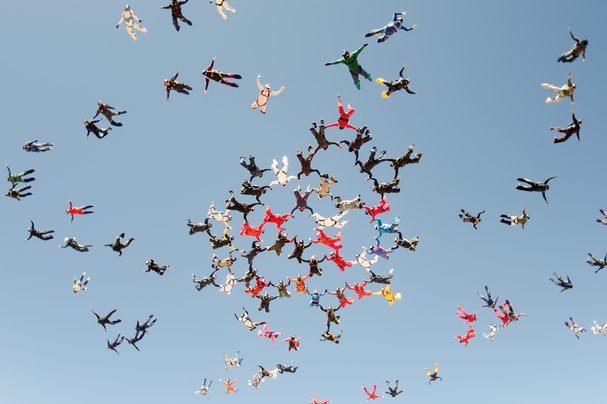 The Nature Index has a new metric to gauge collaboration across multiple institutions in high-quality scientific research output.

The multilateral collaboration score (MCS) provides an indicator for an increasingly common characteristic of research collaboration: the involvement of not just one or two, but three or more principal institutions.

As the accompanying graph shows, 42% of articles published in journals tracked by the Nature Index in 2015-2017 were the result of collaboration between three or more principal institutions.

In a growing number of cases, research papers in journals tracked by the Nature Index have more than a thousand listed authors, putting the number of institutions collaborating on such papers into the hundreds.

The multilateral collaboration score goes beyond Nature Index’s existing metric of the bilateral collaboration score (CS), an indicator of collaborations between pairs only. The MCS can be calculated for a single institution or a group of multiple institutions. It is calculated using the fractional count (FC) by which Nature Index accounts for the share of authorship on each article, with the total FC on an article always amounting to one. If there are five collaborating authors from five different institutions on a given article, for example, each institution is allocated an equal share of the total FC, which in that case would be 0.2.

For example, four institutions (n=4) collaborated on an article which appeared in Nature: “An absorption profile centred at 78 megahertz in the sky-averaged spectrum”. Their FCs were 0.667 for the Arizona State University (ASU), 0.200 for the Massachusetts Institute of Technology (MIT), 0.067 for the University of Colorado Boulder (CU-Boulder) and 0.067 for the Universidad Catolica de la Santisima Concepcion (UCSC Chile).

Since the total MCS on an article always amounts to one, the combined MCS on the article for the three remaining institutions is the difference between 1 and ASU’s 0.778.

An individual institution’s total MCS is the sum of all its MCSs for each of the articles on which it has collaborated with two or more other institutions. The metric also allows the MCS for groups of institutions to be calculated, by summing their institutional MCS scores.