Policies should account for the institutional factors that discriminate against women. 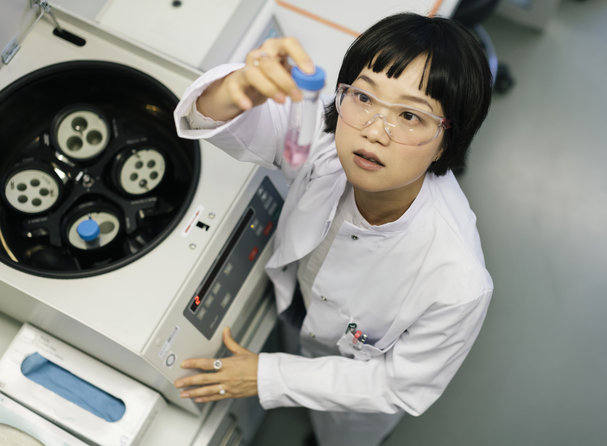 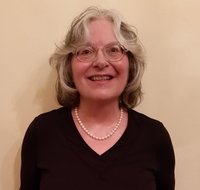 Mary Frank Fox, a sociologist of science, is an ADVANCE professor in the School of Public Policy and co-director of the Center for the Study of Women, Science & Technology at Georgia Institute of Technology, in the United States. In February 2018, she was elected as a fellow of the American Association for the Advancement of Science, in recognition of her research and national leadership on issues related to equity and diversity in scientific fields. Fox spoke with Smriti Mallapaty about how the discourse in her field has evolved.

What have been the most influential developments in the study of gender in the scientific workforce?

A gradual shift has occurred from a focus on individual behaviour towards looking at ways that social settings shape people’s experiences and their outcomes. Individuals are seen in relation to, and not apart from, their educational and employment settings. This means that solutions for equity lie in the decisions made within organisations, including ways that people are evaluated. I have fostered this organisational perspective in my research.

Related to this shift has been a growing awareness that the pipeline model is limited for understanding women and men in scientific fields.

What is problematic about the pipeline model, and what are alternative theories?

The pipeline model appeared in the early 1980s. It depicts that there are relatively straight lines between educational stages, and, more critically, in the translation between education and occupational outcomes. By implication, the emphasis becomes keeping women in the pipeline, and correcting their preferences and decisions that result in their potential leakage from the pipeline. But more is going on than the individual choices of women and men.

An alternative organizational and institutional perspective emphasizes progression that is not direct and simple. It proposes continuing attention on institutional influences such as marriage and family, as well as on power dynamics in organisations that create advantages and disadvantages through interactions between scientists, performance assessment, and rewards. These issues involve addressing access to space and equipment, stimulating departmental climates, and clarity of evaluation.

What are examples of programmes that have been informed by these approaches?

With Gerhard Sonnert and Irina Nikiforova, I looked at programmes in the US associated with ‘most’ and ‘least’ successful outcomes in undergraduate degrees awarded to women in science and engineering fields.

Programmes based on the pipeline model tended to focus on recruiting and retaining students to completion of their degrees. They emphasized student-centred and individual-based solutions such as ‘peer mentoring,’ students mentoring each other. While well-intended, they did not challenge ways the institution is organized and education is conducted, and were not associated with an increase in degrees awarded to women.

Successful programmes took a broader and more active orientation. They aimed to modify environments, for example by correcting classroom climates that ‘weed-out’ under-performers; and by getting faculty more involved in the programmes.

The United States National Science Foundation’s ADVANCE programme is an important policy development that emphasizes changing institutional settings towards improved equity for all, including women and other under-represented groups in science and engineering.

How do metrics of scientific assessment perpetuate gender disparities?

An increasing emphasis exists on the metric of citations, without sufficient acknowledgement that citations reflect, in part, the level of research activity, and the number of people who are active and publishing within a scientist’s subfield. Scientists in subfields that are less dense, with fewer people and less research activity, will be more limited in the citations they can acquire.

There is some evidence that women are more likely to be in niche and less hotly contested areas, which may be less dense. This means that citations need to be viewed in more complex ways.

How else might assessments hinder the success of women?

Clarity about what institutions expect of researchers for tenure and promotion supports fairness and equity. In an analysis I reported in a 2015 paper, I was surprised to find that formal factors such as an academic scientists’ rank and years at an institution were not as strongly associated with increased clarity of evaluation as informal factors of social integration and experiences. Specifically, being in a department perceived to have a collegial climate and daily discussions about research with fellow faculty were stronger predictors of clarity, especially for women. These need attention.

In a recent survey of almost 700 female engineers, you found that obtaining funding and finding potential partners were seen as the biggest impediments to international collaborations. Why are such collaborations important for research success?

I am currently working on a project with two scientists in Spain — Carolina Cañibano and Javier Otamendi — looking at gender and mobility of European researchers. We find that men are more likely to be mobile for research. Confidence about career prospects is a factor in predicting who is mobile internationally, and women are often less optimistic about their prospects.

Interestingly, the largest gap in mobility appears in established career stages. This goes back to the point that formal factors of seniority and time do not accomplish gender equity.

Have you observed gender disparities in assessment for funding distribution?

Proposals for funding are more successful when they provide evidence of an established history of funding, publication and recognition for research. This negatively affects people who have not yet accrued the experience and records. There is some evidence that women put more emphasis on careful, deliberate, confirmatory research, which can result in fewer publications.

Some funding agencies in the US and Europe have limited the number of publications included in proposals to the top 5 or top 10, so as not to penalize people for emphasizing quality and the pace at which they accrue publications.

A recent study by researchers at the University of Melbourne predicted that the gender gap in authorship of scientific papers will persist for generations. How optimistic are you about achieving gender parity?

From an assessment point of view, I find the outlook is more optimistic. Steps to improve the status of women faculty can and do occur. There is increased attention on creating organisational climates that are perceived to be collegial and stimulating; introducing clarity in evaluation; communicating and conveying these processes; and incorporating them into the very fabric of departmental decision-making.

What are some of the difficulties you face in studying gender?

When we study gender and participation and performance in science, we are only looking at those who have ‘survived’. We do not see those who have exited along the way. That is something I would like to pursue.