4 predictions for the future of higher education

Universities will have to adapt quickly to survive, says leading economist. 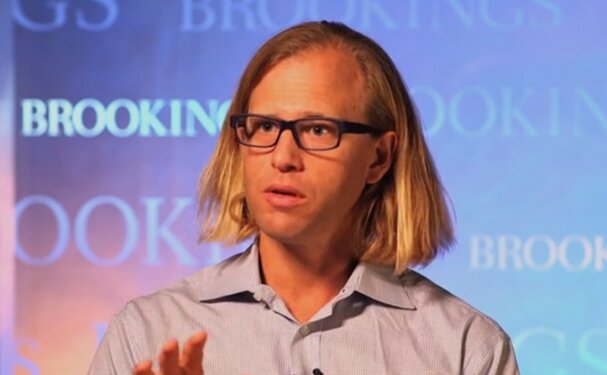 Greater student numbers, stronger diversity, higher costs, disruptive technologies. Universities around the world will have to adapt quickly to survive the coming decades, a leading economist has predicted.

In response to the coronavirus pandemic, many universities are shuttering their campuses and switching to online teaching. While experts say that some institutions could see financial gains, with more students enrolling as opportunities outside higher education diminish, others that don’t adapt quickly enough may be forced to close down altogether.

Early estimates for the sector are dire. Australia’s international student industry could lose up to AU$8 billion in the first half of 2020, warns Phil Honeywood, the lead of a government-industry body coordinating the sector’s response to the epidemic.

Long before the pandemic hit, universities were facing calls for a fundamental shift in how they meet the needs of students, with accessibility at the forefront of many discussions.

Speaking at the Universities Australia conference in Canberra in February, Australian economist, Justin Wolfers, professor of economics and public policy at the University of Michigan, shared four predictions for higher education.

Higher education in the United States underwent dramatic democratization in the 20th century, Wolfers said, with a transformation of college “from the exclusive preserve of the upper crust to one that is now open to all.”

Those who argue that you don’t need a degree “are inevitably sending their own kids to university,” he quipped.

Between 1931 and 1961, the number of students in the US earning credits for degrees from colleges and universities grew from 1.3 million to more than 3.9 million, an increase from 14% to 38% of the 18 to 21-year-old population.

Today, there are almost 22 million students enrolled in colleges and universities across the country, representing 66.9% of male and 71.3% of female high school graduates aged between 16 and 24.

This trend is not unique to the US. In 2016, 41% of 19-year-olds in Australia, for example, were enrolled in higher education, which is more than double the rate in 1989.

The resulting wider diversity of the student population has given rise to an increasing need for additional support, Wolfers said.

All students benefit significantly from going to university, and more should be able to attend, said Wolfers, citing the estimated average net worth of a university degree over a lifetime of US$1 million. This underpins “huge economic and social growth”.

In every industrialized country, women are an increasing share of higher education students, said Wolfers. “Women vastly outnumber men, and are earning more degrees than men.”

In Australia, there are 125 female students for every 100 male students, and they make up about 58% of the student population in US universities, Wolfers said.

But over the past 20 years, the number of women doing economics degrees is dropping, and “unconscious bias in economic texts” is part of the problem.

“There is no representation of women in the materials – every example you see of a policy-maker or a business leader is a man,” said Wolfers. “Our teaching hasn’t kept up. We haven’t adapted.”

He urged people in the room to reflect on the gender diversity in their own field and to think very carefully about how to better cater for female students. “You can adapt your teaching materials so the students can see themselves on the page.”

3. Technology and robots – friend or foe?

“The robots are coming. This worries many of us,” said Wolfers.

We need to find ways of dealing with the redistribution of work as robots and artificial intelligence are able to automate more and more of it, said Wolfers.

“Who receives the economic benefits conferred by automation? The worker or the employer? The threat of technology is not a work problem. It's an equality – a distribution – problem.”

Technology will also change the way skills are valued in the future, Wolfers argued.

Applied skills have strong short-term earnings. For example, high wages for Python coders will lead to more people becoming Python coders and lower wages as the supply of coders increases. Long-term earnings are driven by pure higher education skills, such as critical thinking.

“It’s insurance,” he said, “because you won’t have skills locked up” in a particular platform or technique.

In labour-intensive sectors such as education, healthcare, and the arts, where labour is the commodity, “costs will rise,” said Wolfers.

He used the example of musicians performing Beethoven’s String Quartet No. 14. Whether performed today or 200 years ago, it will always take four musicians 40 minutes to complete the task, and you will always have to pay the musicians the current market value for their time.

Even adjusting for inflation, said Wolfers, the cost of performing Beethoven’s String Quartet has risen more than 20 times in the past 200 years, from $3 to $71.

The same principle goes for universities, where labour is by far the largest cost, representing more than 75% of the total costs of most institutions.

Compared with manufacturing industries, where an individual worker can produce a higher quantity today than they could at any other point in human history, “it still takes me 2.67 hours to produce one economics lecture, just as it did 200 days ago,” said Wolfers.

“Wages have risen, therefore the price of producing higher education has risen.”

Wolfers concluded his presentation by highlighting two major challenges for the higher education sector: how does the sector increase trust, and how does it make itself more useful?

He proposed two lines of thinking. “We need to think about how we can create stronger links between academia and policy,” said Wolfers.

He also said the sector needs to “think very seriously about what it means to be a good teacher.”

“My sense is that we have a lot people within the sector who could be incredibly gifted and impactful teachers.” But Wolfers suggested that in focusing so closely on publishing metrics, the sector wrongly favours good researchers over good teachers.