Keep predators at bay with a low-spam diet 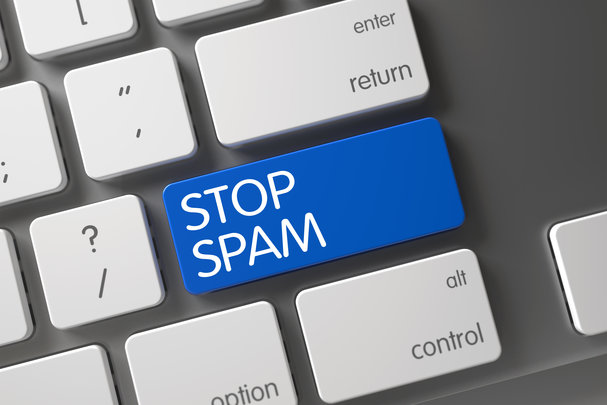 Mark Clemons has published more than 250 papers over the past 25 years, nearly all of them involving breast cancer. So Clemons, a medical oncologist at the University of Ottawa, Canada, was surprised to receive a flattering email inviting him to submit his work to a journal focussing on yoga research.

Suspecting a fraudulent pitch, Clemons consigned the message to the trash. But another quickly followed. On any given day, Clemons receives between 40 and 50 invitations from suspect journals and conferences — so many, that he was motivated to conduct and publish two separate systematic studies of the problem. That effort cost him US$4,000.

The standard practice of publishing their email addresses on journal articles makes research academics ready targets for email spam, which, Clemons insists, is not merely a nuisance but a time-sink. Mark Gerstein, a professor of biomedical informatics at Yale University in New Haven, Connecticut, estimates that 25% of the approximately 200 messages he receives in a day are important. "I spend many hours a week, days probably, going through my correspondence," he says.

Spam filters will catch the most egregious messages, entreaties for money or spurious pharmaceutical offers, for instance. But emails from predatory journals and conferences look real enough to make it into the inbox itself, where only a trained eye can determine their authenticity. In his zeal to delete these messages, Clemons says, 'real' messages inevitably get lost in the shuffle. They are electronic collateral damage.

As described in a 2013 Nature news feature, predatory publishers exploit the open-access publishing model, in which fees are charged for editorial and publishing services in order to make the work freely available, “by charging the fee without providing all the expected publishing services.” Predatory conferences likewise charge academics to attend academic meetings of a low standard, at which speakers can pay for speaking slots to present low-quality research that has not been peer reviewed.

These publishers, says librarian at University of Colorado in Denver, Jeffrey Beall, typically display “an intention to deceive authors and readers, and a lack of transparency in their operations and processes.”

Such spam presents a particular danger to early-career researchers, says Stuart Flint, senior research fellow in public health and obesity at Leeds Beckett University in the UK. These researchers are under pressure to publish and present their findings at conferences, and may be taken in by the promise of an easy publication or platform presentation.

That can be embarrassing, Flint says, and also expensive. As detailed in one of Clemons's analyses, the spam journals that requested his attention averaged nearly US$1,000 per article, and yet rarely divulged these fees in their emailed invitations.

There are no surefire tools researchers can use to avoid these messages. But clever email strategies can help.

Gerstein, for instance, uses a multi-tiered approach to triage his correspondence, relying on Gmail filters, labels, and artificial intelligence. Gerstein has a whitelist — a list of 'approved' email addresses. Messages from those addresses are automatically routed to his inbox, where they receive the highest priority. New senders can get on that list by placing a special keyword from his web site in the subject line of their message, which is how I was able to contact him.

Below that top tier are departmental messages, messages from mailing lists, and the like. At the very bottom is the obvious spam, the stuff that gets picked up by Google's spam-detection algorithms. And in the middle is what Gerstein calls “almost-spam” — messages from predatory journals and conferences, spam invitations to join editorial boards, and even spam calendar invites, which automatically add themselves to his calendar and clog up his schedule.

Gerstein advises researchers to use multiple email addresses in dealing with journals, vendors, and the like. Then, by funneling those messages to a single inbox, one can sort the messages by account and prioritize them accordingly.

Gmail is particularly useful for this purpose, Gerstein notes. Suppose you have the address 'janesci@gmail.com'. Google allows users to modify their addresses by placing a plus sign between the username and the at-symbol — for instance, 'janesci+amazon@gmail.com' and 'janesci+ebay@gmail.com'. These messages all go to the original address, but users can sort their messages based on the specific address.

"You can use that quite powerfully to create unique addresses for all sorts of things, and to filter your email on the basis of that," Gerstein says.

Still, Gerstein concedes, spam inevitably falls through the cracks. How to spot it?

"If anybody says you are fantastic, or you are esteemed, or there's use of hyperbole, delete it," says Clemons. "Because no reputable journal, university or society, is going to use any of these hyperbolic greetings."

Another red flag: unrealistic timelines or guarantees. One message gave Clemons less than one month to submit an abstract to a meeting, at which he was guaranteed in advance a presentation. "There's no scientific meeting that guarantees anybody a presentation for a fee. It also offered me a place on the editorial board of that conference. These things don't happen," he says.

Take note of a lack of detail in a conference invitation, advises David Broom, who studies exercise science at Sheffield Hallam University in the UK. While legitimate conference invitations may include a draft programme of content and speakers, predatory conferences rarely do. "Predatory conferences are very much, 'We have just got a selection of world-renowned speakers who are traveling across the globe to be at this conference, therefore it is an absolute must that you attend'. But they tend to have literally no substance," Broom says.

Spam invitations sometimes contain references to previously published papers, even if that work has nothing to do with the journal or conference in the message. In one memorable case, says Clemons, a predatory journal sent him an invitation based on his earlier research...on spam.

Consider also the email sender and volume of mail received, says Kelly Cobey, a publications officer at The Ottawa Hospital in Canada. "Within academia it's quite rare to ever be invited to submit an article at a journal," Cobey says. When such an overture is made, it's likely you either know the editor personally, or they will detail why they are reaching out to you in particular.

Spam is a significant enough issue that several studies have been published describing spam content. Cobey suggests that researchers use these analyses to hone their university spam filters. It won't stop much, she admits, but every little bit helps.

What researchers absolutely should not do, she and others insist, is to give up on email, or stop including their email addresses in journal articles and on their web sites. Email, they note, is how most researchers and journal editors communicate, as well as the general public.

"You risk reducing the likelihood of actually communicating with people and organizations that you are inevitably trying to benefit," says Flint.

Instead, Cobey says, think critically, and trust your instincts. "If a researcher is ever hesitant about a journal, they probably shouldn't be submitting there," she says.