With permanent academic jobs scarce, young researchers on temporary contracts are nervous about the future. The government wants industry to utilize their talents. 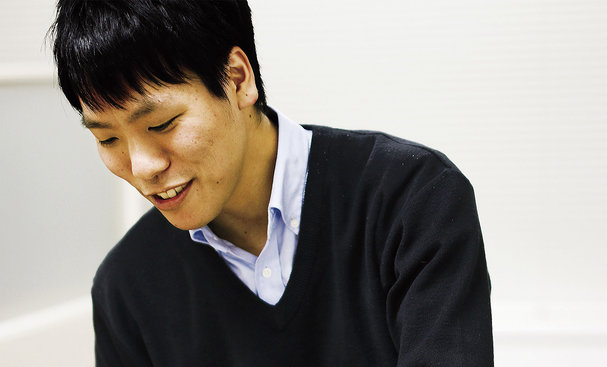 A researcher at the Control System Engineering Laboratory, at Hiroshima University, which is a big supporter of linking graduates with industry.

The Japanese government is aware of the problem, and has introduced several initiatives over the past decades to increase the number of permanent jobs available to young researchers. But these actions have yielded few measurable gains, says Harayama. Now, the government is making overtures to the private sector with a view to taking graduates outside academia entirely. “We really want to invite companies to be a part of this story,” says Harayama.

Government policies are partly to blame for the predicament of young researchers, says Harayama. Since the early 2000s, management expense grants for national universities, which are used to pay wages for permanent staff, have been reduced by about 1% every year. To compensate for these cuts, the government has funnelled more money into competitive funding schemes, such as Grants-in-Aid for Scientific Research (KAKENHI), which support remuneration only for short-term projects. The salaries of many young researchers are tied to these fixed-term programmes.

Young researchers are very good at winning KAKENHI grants, says Atsushi Kogirama, director of the Scientific Research Aid Division at the Ministry of Education, Culture, Sports, Science and Technology (MEXT). So good, in fact, that the ministry decided to discontinue one of two categories specifically catering to young researchers in 2018. “In many KAKENHI grant categories, the adoption rate of researchers 39 years old or younger is higher than that of all researchers,” says Kogirama.

Overall, the proportion of university faculty under 40 has decreased from 39% in 1986 to 24% in 2016, while every other age group has become more prevalent. Postgraduate figures were at 15,910 in 2015, down from a peak of 17,945 in 2008. These trends have turned students off science in Japan. The percentage of doctoral graduates in the natural sciences and engineering relative to the total population has dropped from 13% in 2008 to 12% in 2013. In comparison, graduate populations in the United States, South Korea and China have all risen.

“The younger generation today are cautious and pragmatic,” says Harayama. “If a career path does not provide for them in the long term, they will change direction.”

In Japan, unlike many other research-intensive countries, PhD students largely have to cover their own school fees, pension and living expenses. This often means taking on a loan, says astronomer Nobuhiro Okabe at Hiroshima University. Around half of postdocs are lucky enough to score a permanent position, but the best the rest can hope for after graduation is a five-year fixed contract, the longest that are generally permissible under the Labor Standards Act. The law “forces young researchers to be in bad environments,” Okabe says.

Okabe is among the lucky ones. After completing a PhD at Tohoku University in 2005, he jumped from one competitive grant to another, followed by a four-year stint in Taiwan and a one-year fellowship back in Japan. But in 2015, he joined a tenure-track programme at Hiroshima. “I thought this was my last chance to get a permanent position,” says Okabe, who studies the invisible dark matter that pervades the Universe.

The programme was part of a government initiative, introduced in 2006 and modelled on the US system, offering postgraduates with less than ten years of experience a route to stability.

Okabe hopes to meet the tough criteria for gaining tenure and win a permanent contract in 2019. Every year a few hundred more researchers get in line for the national programme, including 208 in 2016.

Nevertheless, the tenure-track system has made a negligible dent on the job market. Tenure job postings in the JREC-IN portal have not budged beyond 4,500-5,000 per year in the past decade, according to Kawashima’s analysis at NISTEP.

In 2016, the government set a target to increase the number of university researchers under 40 by 10% by 2020 from a starting point of 43,763 researchers in 2013. While it’s too early to assess progress, says Harayama, the council is setting in motion several other proposals to nudge up the numbers. These include offering attractive packages to senior staff for early retirement, and narrowing the salary difference between junior and senior staff.

Recently, the government’s focus has been on taking graduates outside academia entirely.

Toshiyuki Misu, a physicist who is assistant director of the Global Career Design Center at Hiroshima University, is facilitating this transformation. Before moving to Hiroshima in 2014, Misu spent nine years at NISTEP studying the Japanese graduate employment landscape.

Of the more than 3,800 researchers surveyed, only 68 joined the private research and development workforce. Three-quarters continued to work as postdoctoral researchers in academia. A 2012 survey by NISTEP of the entire Japanese postdoctorate population proved consistent: just 106 of the almost 13,000 researchers whose careers could be traced took up R&D positions in a company.