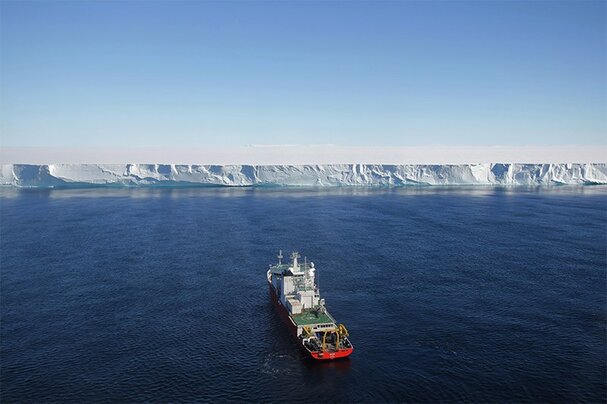 On 31 March 2020, just before South Korea imposed a mandatory two-week self-quarantine for all incoming travellers amid the COVID-19 pandemic, Shik Shin, at the University of Tokyo, managed to ship one of his six laser photoelectron spectroscopes to the country.

The spectroscope is installed at a new laboratory at Seoul National University (SNU), jointly set up in 2019 between his university’s Institute of Solid State Physics (ISSP) and the Center for Correlated Electrons Systems (CCES) of the Institute for Basic Science of Korea. Shin says the lab was established thanks mainly to his 20-year friendship with Se-Jung Oh, president of SNU, and other Korean collaborators at the CCES.

Since Shin pioneered ultra-high resolution laser photoelectron spectroscopy in 2005, Japanese researchers have been using the equipment to uncover novel magnetic and superconducting properties of various materials that could lead to the development of new electronic devices.

He wanted to introduce the equipment to South Korea “because I felt something exciting will happen by combining both countries’ scientific strengths”, says Shin, who was elevated by the president of the University of Tokyo to the special title of ‘university professor’ in physics on his retirement in 2019.

The ISSP and CCES, along with collaborators from Taiwan’s National Synchrotron Radiation Research Center, have held annual seminars in one of their three locations since 2000.

Shin’s efforts are illustrative of the way collaborations between South Korean scientists and their Japanese colleagues have developed, based on personal relationships, rather than as a result of a government-led initiative.

Diplomatic relations between South Korea and Japan have deteriorated over the past few years, especially since 2018, when South Korean courts ruled in favour of compensation for Japan’s use of forced labour in 1910 to 1945, when the Korean peninsula was a Japanese colony. In 2019, Japan imposed new trade restrictions on South Korea, and South Korea responded with controls on exports to Japan.

There are no current government-led large scientific frameworks to promote bilateral collaboration. Science and technology ministers of South Korea, Japan and China met for the first time in seven years in 2019, but they only agreed to tackle issues of common concern, such as climate change, through existing mechanisms.

A trade dispute between the two countries occurred in 2019, when the Japanese government tightened controls on exports of three semiconductor materials (fluorinated polyimide, photoresists and hydrogen fluoride) to South Korea.

That move hit South Korea’s high-tech industry hard because its chip manufacturers relied on imports from Japan. It prompted South Korea to strengthen its R&D practices to boost self-reliance, especially in research on new materials and parts, says So Young Kim, director of the Korea Policy Center for the Fourth Industrial Revolution, a research group at KAIST in Daejeon.

But, she adds, “I believe governments don’t intend to cut off all the relationships. Rather, they want to maintain research collaborations as a completely separate matter from political tensions.”

Takahiko Sasaki, a materials scientist who also oversees research ethics at Tohoku University, says the Japanese government’s action has little impact on academic research. His university’s relationships with South Korea have been unaffected by political manoeuvring, he says.

According to the latest Organisation for Economic Co-operation and Development figures, Japan spent 3.28% of GDP on science and technology in 2018, compared with 4.53% in South Korea. Both countries plan to drive their economies through the pandemic with innovation.

For 2021, Japan’s main budget on science and technology research edged up 0.8% from 2020 to ¥1.35 trillion (US$12.8 billion). Last July South Korea announced its ‘New Deal’ plan to spend 160 trillion won (US$133 billion) by 2025 on a green and digital economic transformation, boosting spending on science and technology beyond the allocation that is set to double the National Research Foundation of Korea’s (NRF) budget for basic research to 2.5 trillion won in the five years to 2022.

For example, since 2005, the Japan Society for the Promotion of Science (JSPS) and the NRF, along with the National Natural Science Foundation of China, have been operating the A3 Foresight Program to support two trilateral projects every year. Projects under way include empowering eastern Asian elders to use the Internet of Things, and the application of atomic-scale organic and inorganic materials.

The JSPS and the NRF manage small-scale funding schemes to support collaborations. “Government-led frameworks do not always lead to good papers,” Nagano says. He says promoting individual-based activities is less sensitive to politics and leads to productive research.

Fusion research is one of the most active fields for bilateral collaborations. The National Institute for Fusion Science (NIFS) in Gifu, Japan, and the Korea Institute of Fusion Energy in Daejeon call for new proposals every year for jointly operated collaborative programmes that have run since 2005.

Katsumi Ida, coordinator of the Japan–Korea bilateral programme at the NIFS, says the fact that researchers in both countries don’t tend to change jobs between research institutions has been an advantage in establishing a long-term relationship. Another benefit is the comparative ease of exporting research equipment to South Korea. Such exports to China, by contrast, are subject to strict controls.

Territorial issues often cause headaches for marine scientists, however. For example, the shallow channel between Japan and South Korea is called the Tsushima Strait by Japan and the Korea Strait by South Korea.

Last year, Naoki Hirose, a researcher in marine current monitoring at Kyushu University in Fukuoka, Japan, wanted to use ‘the Tsushima/Korea Strait’ in the title of a paper written with South Korean collaborators.

But Japanese funding officials were nervous about a negative government reaction, and it took two months to persuade them, Hirose says. “Such trouble happens sometimes. But the island of Kyushu and the Korean Peninsula are so close to each other. If we cannot get along, that would mean the end of good collaboration for both countries.”

It’s less fraught in the Antarctic Ocean, where Jinyoung Jung, an oceanographer at the Korea Polar Research Institute in Incheon, South Korea, is working with Japanese scientists to understand the impact of global climate change on polar oceans. He collected sea-water samples and sent them to Shigeru Aoki, one of his collaborators at Hokkaido University in Japan, who measured stable oxygen isotopes to estimate glacial meltwater fractions. Their first joint paper is under review.

In it, they suggest fluorescent dissolved organic matter is a useful tracer to identify glacial meltwater and circumpolar deep water, a mixture of the world’s oceans, which causes glacial melting in the Amundsen Sea in western Antarctica, where other widely used chemical tracers such as stable oxygen isotopes are absent.

Meanwhile, Japanese researchers are often aboard South Korea’s advanced icebreaking research vessel ARAON, conducting collaborative research in the Arctic Ocean. “Combined use of our expertise and capacities brings mutual benefits, which we would not have otherwise,” Jung says.

Koji Shimada, a climate oceanographer at the Tokyo University of Marine Science and Technology and a pioneer of Japan’s Arctic research, favours grassroots collaborations between individual researchers over international consortia driven from the top down.

“The foundation of country-to-country collaborations should be individual-based projects, as seen in Jung’s work. To nurture such projects will lead to greater outcomes.”