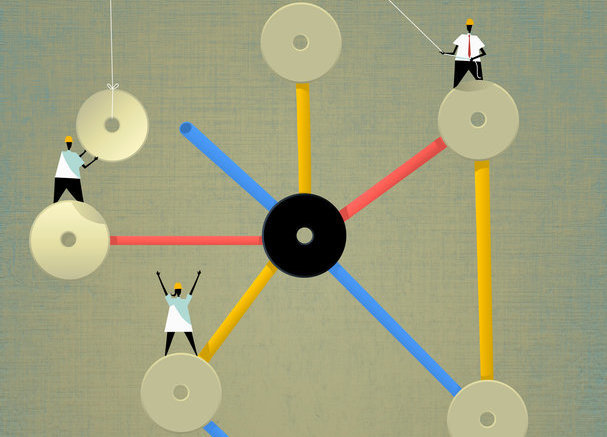 The number of international collaborations has tripled in the past fifteen years, reveals an analysis of more than 10 million papers tracked by the Web of Science.

The growth in global collaborations is a “very positive” trend, says study co-author Eduardo Motta Albuquerque, an economist at the Federal University of Minas Gerais in Brazil. Many of the world’s biggest problems are global in scale and require international cooperation, he says.

The United States leads the way. US researchers formed almost 300,000 connections with researchers in 202 countries to co-author publications in 2015, followed by England and Germany. Three English universities — University of Oxford, University of Cambridge and University College London — were among the five institutions with the most international connections.

China, the second largest producer of papers, appeared fourth on the list of internationally collaborative nations, with more than 100,000 connections on papers with 173 countries.

The Nature Index presents a similar picture. The largest number of papers with international co-authors was produced by researchers in the US, followed by Germany and the United Kingdom.

However, looking at international papers as a percentage of a country's total index output, revealed a slightly different pattern: the Netherlands stood out, followed by Italy and Australia.

The exponential growth in international collaborations could be partly due to technologies that have made it easier for people in different regions to connect, says Albuquerque. Other factors could be the overall growth in investment in science and in the number of researchers worldwide, he adds. “Science is becoming a more complex endeavour,” Albuquerque says, and teamwork is increasingly necessary.

The results are particularly encouraging for researchers in developing countries, Albuquerque says, who have the chance to boost their profile by working with those in more established institutions.

However, they also face big hurdles, he notes. Developing nations run the risk of playing a “marginal and subordinate role” in international collaboration networks, making it difficult for them to influence the research agenda.

Least-developed countries collaborated with fewer nations: Bolivia with 78 countries, Liberia with 42 and Angola with 32.

Diane Sonnenwald, a former information scientist at University College Dublin in Ireland notes that collaborating on a paper doesn’t necessarily mean that researchers interact, making co-authorship a limited measure of knowledge flow. “I have participated in multidisciplinary research projects with 15 members, and had no interaction with some of them,” she says.

CORRECTION 26 June 2018: The caption for an earlier version of this article said that the number of papers authored by researchers in two or more countries had doubled. In fact, the number has more than tripled from 136,483 papers in 2000 to 418,866 in 2015, according to the Web of Science analysis.