Report recommends removing obstacles to the conversion of scientific research into products and services. 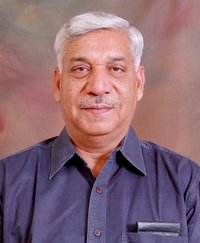 India needs a patent trust system, institutions to train academics in intellectual property rights, and a patents insurance scheme to improve its poor record on translating research into commercial applications, says a report from the Department of Science and Technology.

A low priority placed on translational research in universities, few connections between industry and academia, and bureaucratic impediments to scientists starting companies, have kept India’s patent ecosystem weak relative to competitors. Its 45,000 patent applications in 2016 were dwarfed by those in countries like China (1.3 million), Japan (318,000) and South Korea (209,000), according to the World Intellectual Property Indicators 2017. Among India’s 2016 patents granted, less than a fifth were filed by Indians, the rest by foreign applicants.

More than 900 institutions, including 350 universities and institutes, and more than 550 national research laboratories, were surveyed by the Department of Science and Technology Centre for Policy Research in Chandigarh for the report, which was released by the Indian science minister, Harsh Vardhan, in May.

Rupinder Tewari, lead author and co-ordinator of the centre, wrote that India’s institutions “do not have much credibility in the regime of patents”. However, he singled out the Council of Scientific & Industrial Research (CSIR) laboratories, the Indian Institutes of Technology (IITs), and the Indian Institute of Science (IISc), Bangalore, as exceptions.

In the past, universities have focussed on education, while technical innovations have been the remit of centrally funded autonomous institutes like the IITs, or the national laboratories.

Around half of India’s universities are state universities, which have poor funding and infrastructure compared to the autonomous institutes or universities under the remit of the central government.

Research spending has been stagnant at around 0.7% of the Indian GDP, of which the private sector contributes less than half.

CFTRI, a food technology laboratory in Mysore, had among the highest number of patents granted between 2010 and 2016. Its former director, Ram Rajasekharan, who has worked in industry and started a company, says the mindset of researchers needs to change. “They stop at the bench,” he says, “not going to the pilot level.”

Rajasekharan says few Indian researchers have had experience at translating science into a product. They are instead focused on publishing research papers. A common attitude is that they should prioritise doing good science, since “a product, anyone can do”, according to Rajasekharan.

University researchers often have to pay for filing patents themselves because the University Grants Commission, the central government statutory body which distributes university funding, does not provide financial backing, whereas the CSIR does provide funding for its researchers' patent filings. The granting of patents may take around three years by which time a PhD student working on the idea may have left and the researcher may have lost interest.

In a patent trust system operated along the lines of South Korea's as the report recommends, an institution that lacks the financial capability to protect and commercialise a patent would hand it over to a specialised agency for management.

The report also recommends setting up academies with responsibility to train at least two faculty members of each university in intellectual property rights. An insurance scheme would help defend patents against infringement, providing cover for scientists or smaller companies that may be ill-equipped to deal with legal costs.

The Chandigarh policy institute previously recommended linking state universities that lacked research infrastructure with some of the 550 national research laboratories whose instrumentation is under-utilised as a cost-effective way of overcoming resource constraints. The Chandigarh Region Innovation Knowledge Cluster comprising four universities and six national research laboratories was formed in January, and the government wants another ten such clusters set up across the country, the Times of India reported. “We need these type of linkages,” says Tewari.